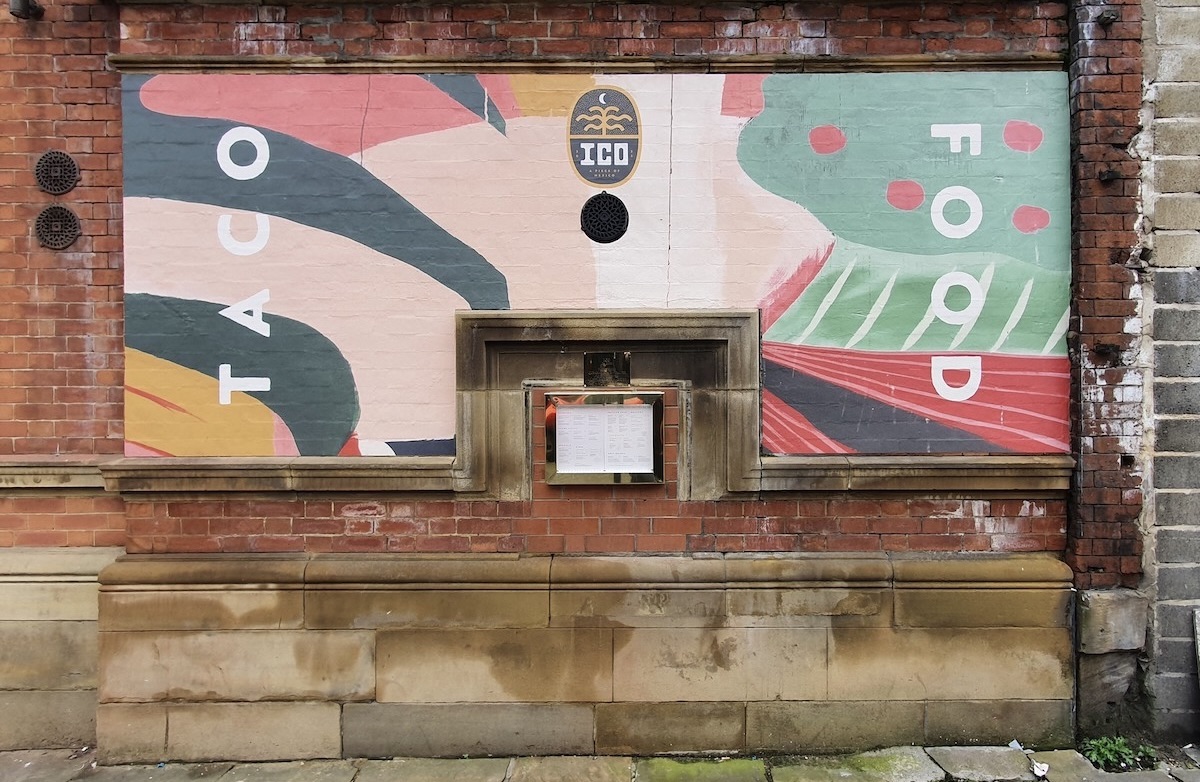 ICO recently opened its doors at a unique location in the city of Wakefield, with the restaurant being based underground in a former bank vault.

Having worked with Turner Signs on several print and signage projects for its other restaurants, ICO once again approached the sign-maker to help raise awareness of its new location and promote its food to the people of Wakefield.

ICO tasked Turner Signs with filling an unusual brick wall space with its Mexican-inspired artwork, but with the additional challenge for the installation to have an authentic Mexican style.

Turner Signs first considered printed aluminium composite board for the job, but after seeing Drytac Polar Street FX on the Drytac Instagram page, it quickly became clear that the Drytac media would be a much better fit for the appearance that ICO desired.

Turner Signs, a long-term user of Drytac products across a wide range of jobs, used its Mimaki CJV-150 to print the unique design onto Drytac Polar Street FX, before applying the graphic to the wall space.

“The customer was absolutely blown away with the final result,” Turner Signs' Director Curt Turner said. “We have been working with Drytac media for about four years and know how flexible their products are for jobs like this.

Drytac Polar Street FX is a PVC-free, aluminium media suitable for outdoor floor and wall graphics, without the need for lamination. Boasting several slip-ratings, Polar Street FX has been specifically developed for rough ground or wall surfaces such as brick, concrete, asphalt, or any other low energy surfaces.

Coated on one side with a clear, high tack adhesive, Drytac Polar Street FX is compatible with latex, UV and eco solvent printing technology.