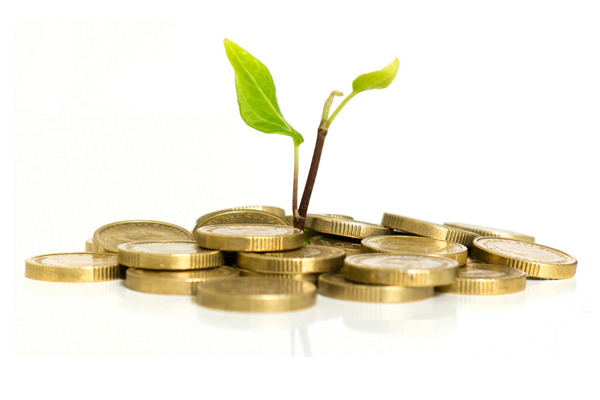 .. then get your act together on sustainability. Here’s why.

Do investors really care about sustainability? It’s easy to be cynical and assume they are only paying lip service but a new survey, ‘Investing For A Sustainable Future’, from MIT Sloan Management Sloan Review and the Boston Consulting Group would suggest otherwise.

The report comes to a stark conclusion: “Investors see a strong link between corporate sustainability and financial performance - so they’re using sustainability-related data as a rationale for investment decisions like never before.”

How do they know this? They talked to more than 3,000 investors and managers in organisations from over 100 countries and came to five key findings.

1. Managers’ view of investors’ priorities are out of date. Only 60% of managers in publicly traded companies believed that investors cared about sustainability. In contrast, 75% of investors said that a company’s performance on environmental, social and governance (ESG) metrics was materially important to them.

2. Investors believe sustainability creates value. Let’s be clear, investors’ motives are not entirely altruistic - three out of four believed sustainability could improve revenue and operational efficiency, while 60% believed that companies scoring well on ESG operated at a reduced risk and could obtain capital at a lower cost. There is some logic to this: businesses that are ahead of the curve on sustainability are less likely to have to spend significant time and money playing catch-up. Managers that pay no attention to ESG metrics are, in the long run, deluding themselves about the true performance of their company.

3. Investors are willing to divest if a company has a poor record of sustainability. Nearly half of investors surveyed said they wouldn’t be interested in a firm with a poor sustainability record - and 60% even indicated that they would divest from such companies. There is a pinch of “he would say that wouldn’t he?” about these findings - good intentions are not always turned into deeds - but it does suggest a shift in opinion. BlackRock, the largest owner of corporate equity in the world, has a specialist department that collects data on ESG and analyses how it might impact the value of a business.

One simple reason for the growing interest in ESG metrics may be that investors themselves are wary of the flak they might attract if they make the wrong decision. You only have to look at the Greenpeace campaign, which forced Lego to end its partnership with Shell because of the oil company’s involvement in Arctic drilling. No investor wants to be the target of that kind of bad publicity.

4. The sustainability message isn’t being communicated effectively throughout organisations. At investors and companies, the MIT Sloan/Boston Consulting survey found that the further you went down the hierarchy the less convinced employees were about their organisation’s commitment to sustainability. The view looks rosiest at board level where 80% of directors at investment firms believed they invested responsibility. Only 62% of front-line staff felt the same.

You find a similar disconnect at publicly quoted corporations. While 85% of C-suite executives felt fully informed about the company’s sustainability efforts, only 31% of middle managers and front-line employees did.

Communication between investors and companies about sustainability is even patchier. Investors say the subject only comes up in 54% of the calls and shareholder meetings they attend.

5. Companies say having a sustainability strategy is crucial - but few of them have developed one. This may be the least surprising finding in the entire survey. Too many businesses pay lip service to ESG metrics or take a purely tactical approach with a raft of initiatives that pick the low hanging fruit - recycling a bit more, using less power, making sure lights are turned off - but don’t really add up to a strategy which may, for example, require them to change their business model. So we find that, even though 90% of respondents said having a strategy was essential if they were to stay competitive, only 60% of them felt their business had one. Part of the problem, the survey reveals, is that only one in four managers felt their company had made a business case for sustainability.

The bottom line is that investors believe that paying attention to environmental, social and governmental issues is a sign of effective management. And research suggests that they are more likely - especially after the accord on climate change in Paris last November - to act on belief. Investment in sustainability jumped by 76% in the US between 2012 and 2014. Investors are talking up 2016 as the year of green finance. That may be over the top but businesses that ignore this trend - especially in an industry like print, which is surrounded by so many misperceptions about its environmental impact - may find it harder, or more expensive, to attract investment.