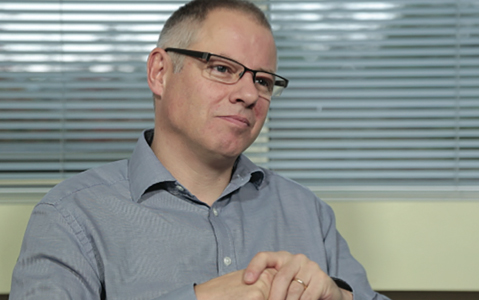 Excuse the pun, but Watford- based Rocket is blasting off. Having secured contracts that increased its turnover by 25% in 2013 it is on an upwards trajectory, hiring new staff, investing in new kit and expanding its factory space to secure what it anticipates being double digit growth again in 2014. Image Reports Editor, Lesley Simpson, met with former Service Graphics and McKenzie Clark man Antony Rider, now Rocket’s commercial director, to discuss the company’s rise and vision for the future. Here’s what transpired.

Rocket is moving fast. Can you just give us a summary of its journey so far?

Rocket started in 1995 as a specialist exhibition design business set up by our managing director Tim Porter, around the corner from where we are now in Watford, in a 3,000sq ft (279m2) premises and with a small turnover initially. There was small year on year growth and in 2002 we bolted on a small production facility and since then we’ve been in the guise that we’re in at the moment.

2008 saw us move to the current site, to 6,000sq ft (557m), and we were plateauing at about £2.8m turnover. 2012 saw the decision to try and break out of that turnover bracket and try and spread the risk in terms of clients and start on some considered expansion.

By the end of 2012 we’d done £3.2m. In the middle of 2012 myself and a colleague, David Wicks, came on board to strengthen the management and bring some plc structure without changing the ethos of the company – which was very important. 2013 was a very good year; the profits went well, in hand with increasing turnover, and for 2014 we predict a strong double digital growth again.

Well, I alluded to the fact that we’re expanding in terms of machinery. We saw the need last year for a wider-format machine and bought a 3.2m EFI Vutek QS that could print on both roll-fed and sheet fed stock, with flexible inks, and with quick-curing capacity for the fast turnaround work demanded of us. We now want to get an upgrade on that and another one of those so we can have extra capacity but on machines where we can easily manage colour etc. across them both.

We’re also increasing our Mimaki fleet. It’s a slower machine but by having quantity there we can make up the imbalance of speed, and because that has it’s own cutting it means we can get complete jobs finished rather than using our Zund cutter, which we’ve just invested in as well.

Two years ago we had very little mechanisation in the finishing department. We decided to change that. Handily Zund is just around the corner from us in St Albans so we get good back-up on that machine! We’ve also invested in an operator for that machine who's come from the CNC side of the business. Looking at it holistically, not only are we cutting thin substrates we’re also cutting woods, acrylics etc., so it was worth investing in somebody good to use the machine which has expanded what we can do. We bought the machine to do A, but have found it can also do B and C.

In terms of investing in people, we’ve taken on two project managers as well, and two new salesmen. We also looked at bring in young people. We took on one in sales and two on the production side so we could mould them in the Rocket way. We’ve found that works very well and the intention is that they will progress throughout the company – they can see there’s a future for them here, not just a job. Which is what Rocket’s about.

We’ve also invested in a new MIS system, because we’re constantly looking at how we streamline production as we increase capacity and increase the people that interact with our production structure.

We’ve also just put in a Caldera colour management system across all our Rips, which will streamline the work that goes from the studio, into production and out the door.

And also, we’re investing in the brand of Rocket. The website is being upgraded for instance. For the last five years we’ve been under the radar as such but we see opportunities for attracting new work and new staff by making ourselves better known.

How critical is developing turnover to Rocket’s expansion going forward? There are those that would argue it should be more about chasing higher margins.

We are acutely aware of that. What I would say to that is that the two are not mutually exclusive! As I mentioned, historically we were stuck in a rut at a turnover around £2.8m, with the same sort of profit every year, and limited scope for growth.

By broadening our customer base and growing turnover we’re bringing in more critical mass to sustain our overheads. Plus, it’s dangerous to drive profit from existing sales – there’s only so much you can squeeze out of the people you have. Also, I think we have good relationships, but we’re always working to ensure that our reliance on any one customer is low.

At the same time we’re focusing on margins both internally and externally – we know we can’t just throw more work into the mix and hope we come out with a lovely number!

So essentially, what we’re doing is de-risking the business.

On your website you say you concentrate on print production and implementation, and leave the brand strategy, positioning and creative to the customer. That’s obviously working for you. But as more ‘printers’ aim to become ‘solutions’ providers there’s a marked move towards some of them getting into that ‘customer’ space that you allude to. What are your thoughts on that?

Rocket is very happy to do what it does, do it well and be known for that. A large part of the clientele is agency based and this way they don’t feel threatened that we’re going to invade their space, and the upside of that is they give us a clear pipeline in terms of jobs coming up and otherwise they might be reticent to do that.

We’ve always said “we won’t encroach on your territory” and in this business you have to be trusted to stand by your word. So we do what we say we’ll do and not try and go beyond that.

We have discussed the issue but I think we’ll be happy with what we’re doing going forward too. I think to change tack now would be suicidal.

You offer project management and installation. What proportion of turnover do these non print production services now account for, and do you see that changing as you move forward?

They’re a steady 30% of our turnover. We see that a strength. There are some that say the best print job is the one you just print and leave at the door for someone else to pick up. But the most important parts in the cycle of a job are getting the brief from the client and installation on site, so we invest a lot of time on staff and training in those areas.

Rocket currently specialises in the events, exhibitions, retail and interiors markets. Is there an area where you see greater potential growth than others and will target via your expansion?

I think we would like more of the same. In the experiential work we do, specifically in sports branding, because of the clients we have and experience in that sector, we’ve almost got a pipeline to new work. We rarely have actual signed contracts with customers for events further into the future but we know what’s likely to come up.

Also, if we already have a certain amount of work for an event, we know there’s more we can target. That gives us the comfort to plan ahead.

Your MD Tim Porter has gone on record saying “our most challenging area isn’t going to be about finding the work – it’s about how we manage the growth across all parts of our business.” Can you expand upon that?

As I said, we’re in the fortuitous position of a having a pipeline for work in 2014 and 2015. So the challenge is that we have the kit, people and systems in place now that can cope should there be a pinch point in terms of production.

We now have the capacity to do 2,500m2 a day, and often we do, so it’s a matter of having the structure to do that on a sustained level.

Where do you think Rocket will be in 5 years’ time?

We’re fairly modest. We would like to see continued growth, consolidation, see that it’s all done correctly, that we manage the business properly at all times – margins as well as turnover.

We’ve been looking at strategic relationships and partnerships; perhaps globally as some of our work is abroad, and as our profile rises I think we’d look harder at that sort of thing.

No, there’s no hidden agenda! I’m speaking as someone with plc experience and without wanting to talk out of turn, I think we’re happy with the model we’ve got.