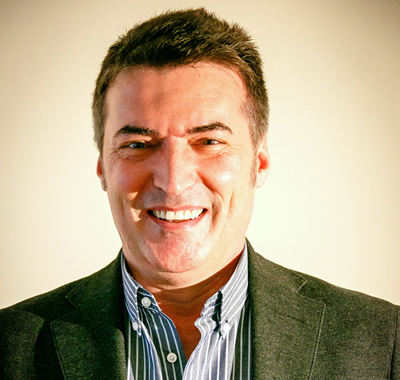 Ya?ar G?venen is the new president of Fespa. Here he sets out his stall in his own words.

I first attended a Fespa exhibition in Berlin in 2007. It was my first visit to such an impressive, international exhibition, and the scale of the opportunity for the wide-format print community blew me away. Not only the incredible technology innovation on show, but the chance to question and learn from ideas and practices being implemented in other countries.

Having spent my formative years in Germany before returning to my native Turkey, I have experienced the benefit of cross-cultural experiences throughout my business life. I believe very firmly in the power that comes from building relationships across borders. For me, one of Fespa’s great strengths is that it is a global organisation, which encourages ideas exchange and information sharing between printers in 37 countries.

Since my election to the Fespa board, I’ve been an enthusiastic champion of Fespa’s sustained global expansion, into Asia, Mexico, Brazil and Africa. The evolution of Fespa Eurasia in Istanbul has realised a personal ambition to give my colleagues in Turkey and neighbouring countries access to world-class technology, business intelligence and educational resources. The phenomenal response from the market reassures me that they value this as much as I do.

In parallel with this international development, Fespa has of course intensified its focus on the digital technologies which are reshaping our sector. Back in 2008, the Fespa Digital exhibition was only in its second edition. Now it’s preparing for the tenth anniversary Fespa Digital exhibition in Amsterdam in 2016, and the industry is actively capitalising on the growth and diversification potential offered by digital technology. Digital industrial represents the next big opportunity, blending the Fespa community’s deep technical screenprinting expertise with the potential that inkjet offers to enable mass customisation.

As a board member, I’ve been closely involved with the launch of European Sign Expo, which broadens Fespa’s focus, delivering a pan-European event dedicated to the non-printed elements of signage. Through this, Fespa is also beginning to educate printers and sign makers about the creative and commercial opportunities that can arise when conventional and digital (screen-based) signage converge. As a signage professional, that’s also been a landmark achievement for me, and I’m excited to see where the future takes us in this area.

And it continues to broaden that community’s horizons, investing its revenues wherever possible to stimulate demand for print. A perfect example of Fespa’s greater organisational purpose is the launch this year of the Printeriors showcase event and conference, designed to engage the interior design community with print’s creative potential.

As a not-for-profit organisation, the commercial success of Fespa events has meaning. It enables it to channel funds into initiatives that directly benefit printers. With its central resources, matched with the local insights of member associations, it can create grassroots initiatives that really address the issues and opportunities being experienced in each region.

Having operated in both Germany and Turkey, and managed operations in several other countries, personal experience tells me that we all develop our businesses at different paces, within different legislative, political and social frameworks, with various economic drivers and obstacles.

Fespa, with its 37 member associations, is uniquely positioned to fulfil the motto “think global, act local”. It is supporting that by gathering global intelligence through the Fespa Print Census. This gives a global perspective on the industry while also allowing Fespa to drill down and observe contrasts from one region to another. That way, it can deliver events, projects and products that meet the true needs of printers all over the world.

As president of Fespa, I will continue to nurture and grow the ‘Fespa family’, to support its associations in the amazing work they do, and to expand and intensify its Profit for Purpose programme. The main aim is to ensure that Fespa’s global reach and commercial achievements drive sustained growth and development for its print community.

Ya?ar G?venen is the 16th president of Fespa, having been inaugurated during Fespa 2015. He joined the Fespa board in 2008, following nomination by ARED, Fespa’s Turkish member association, of which he served as president from 2006 to 2008. As a board member, he has had specific input to the launch and development of all exhibitions outside Western Europe as well as European Sign Expo.

His professional career started in 1981 as the first R&D staff member of a small German business in the field of industrial advertising products. In 1987 G?venen founded his first company, a POP atelier in Turkey that has developed into a globally active group of companies under several brands including Algroup International, Alvisual and Aion, focusing on the design and production management of indoor and outdoor visual communication solutions.

He is also the founder of G?venen Management, which provides guidance, set-up and implementation services to potential investors and newcomers to the Turkish market.