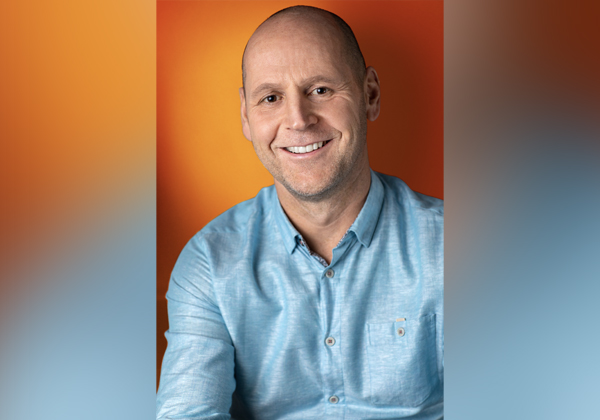 In the first of a new series of ‘First Person’ articles by leaders of large-format PSPs explaining how they’re evolving their business, Richard Clark of Raccoon explains how his company is weathering the Covid-19 storm.

I’m writing this on 13 January 2021, which is one year to the day since the first person outside of China was diagnosed with Covid-19 and there had still only been two confirmed deaths from the disease.

That one sentence reminds me of how much we have all had to deal with over the past 12 months! I think in many ways I would compare it to a tsunami. In late January 2020 we started to hear about this new virus originating in China and nobody was concerned. If anything, we all made jokes about it, as if it was somebody else’s problem. It was like the moment when the tide rushes out and everybody just watches with interest and slight amazement.

A few weeks later we all watched as the sea came rushing back in at us! Orders were cancelled and projects planned for spring and early summer were put on hold. Suddenly, blind panic raged among those within the events industry, of which Raccoon is part.

Over the past few years, we have been providing large-format printing and promotional vehicle services to brands and agencies. The spring and summer each year is the time we make our money, but it was clear that 2020 would be a complete write-off for us and we were already in a battle to survive. As we entered lockdown and the furlough scheme was announced, for the first time in weeks, I was able to relax as I could see a path opening up ahead of me. I wasn’t the only one.

Leaning on the tsunami comparison once again, this is when I became a surfer dude. As most of my staff were furloughed and spending sunny days with their families or watching Netflix, like most business owners I had no choice but to run towards the incoming waves and try to ride out things out.

Unlike the credit crisis of 2008, this time around I had good support from my bank, which quickly agreed to a payment holiday on our business loans for the next six months. In addition to this we had the furlough scheme which enabled us to get through the next few months without too many sleepless nights and to make the medium-term changes to staffing levels and business structure that was now clearly needed.

The luxury of time has enabled me to take a deep look at all that is good and bad within my business. When you are constantly running at 100 miles per hour you never get the chance to be truly strategic in your thinking, no matter how much you try. We all love the phrase “work on your business, not in it” and try to take a step back at times to try to achieve that, but it only ever lasts a few weeks at best before we’re back at the coalface.

With two months of near zero business activity, I had all the time in the world to create a strategic plan for the future. It was an opportunity that I couldn’t afford to waste. The one positive that I could take from this wretched situation.

Six to nine months of planning and scheming, clearing out, re-building and adding structure to a business that is normally organised chaos has been quite cathartic at times. I believe that having reached January 2021 with my business intact means I can now get through the next year, no doubts about that.

When it came to reducing head count in the business, this became a process of natural selection. I reached out to six members of staff that were a part of the marketing and customer service teams. They were all furloughed and I offered them the chance to complete a series of online courses so that they could update their skills and come back into the business aligned to our new sales, marketing and management strategies. It was interesting to find out which ones were ‘on the bus’ for the long journey ahead, getting stuck into their online training courses, and those that enjoyed baking cakes just a little too much. When it came to letting people go, it made the selection process just a little bit easier. Only two of them embraced the opportunity and they are both still with the business.

Where are we now? Well, we had nine members of staff leave, but in the past few months wehave recruited three new ones that are 100% engaged with our future and who are definitely on the Raccoon bus. We are busy implementing the newly formed business strategy [which will be covered in the next First Person update] as we eventually move into the ‘upwave’ that must surely follow. The plan is to make our business more scalable and more automated. We want to be able to say ‘no’ more often to inbound enquiries and to ‘stay in our lane’ wherever possible.

Are we over the worst? I don’t think so. Will we get through to the other side? One way or another, yes. Strength through adversity springs to mind as I write this. Be strong everyone!