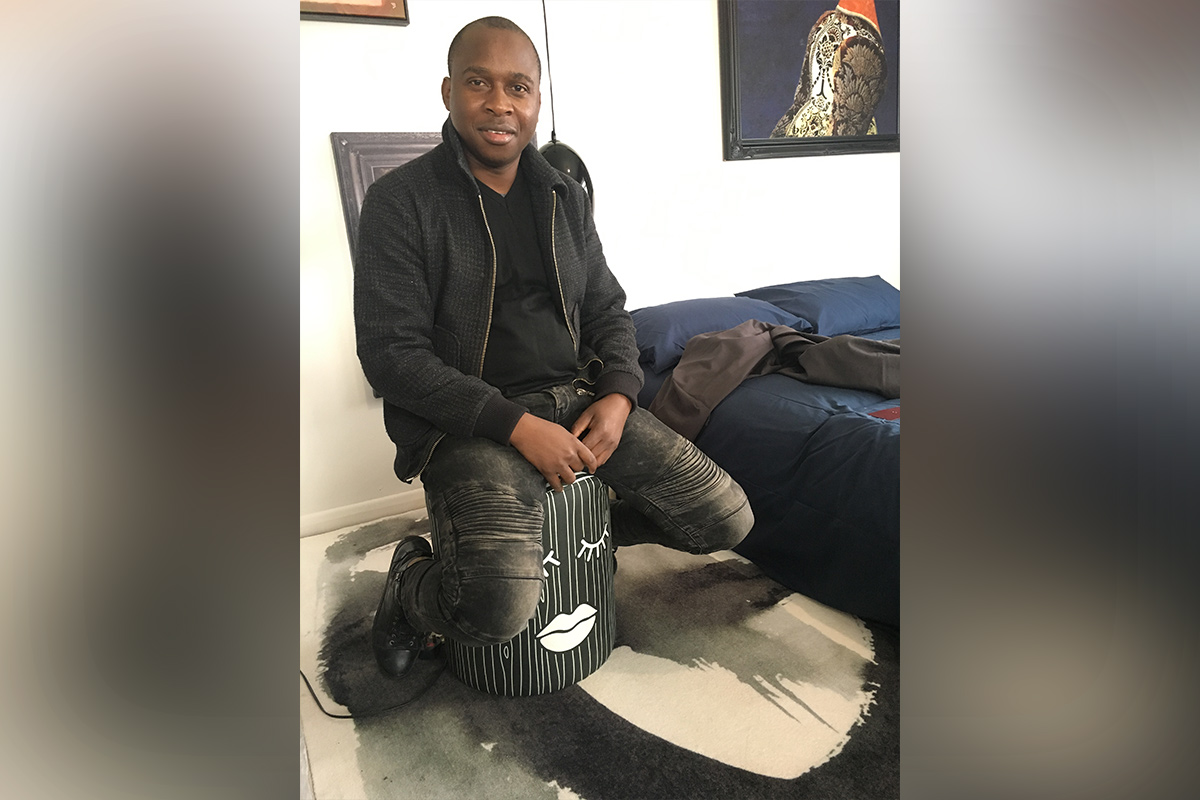 Imagine making 50% margins on your inkjet printed products! Well, there’s a design company in Sawtry, Cambridgeshire, that thinks it can do just that.

Best known for its high-end wallpaper ranges, Mineheart also designs and sells quirky wall art, furniture, rugs, cushions and other interior accessories - 85% of which are short-run/bespoke digitally printed by the ten PSPs it has sourced across Europe. Expansion is on the cards, and why wouldn’t it be when, as commercial director John Mabhegede points out: “Our new chairs are about £1,500 each. We aim to make a 50% margin on those when sold directly”.

The company - founded by designers Brendan Young and Vanessa Battaglia - currently handles about 25% of its sales direct, the rest going through around 320 third-parties across the globe. But, a new customer website has been launched “to increase our direct sales and keep the money sweet,” says Mabhegede. The £750,000 turnover business is also expanding its UK stockholding capability as it ramps up its novel product offering to take advantage of digital print capability and market demand for its high-end pieces.

“Our high-end positioning as wallpaper providers was almost accidental because Brendan and Vanessa just designed what they liked, it got into a magazine and they built a business on that. But since then we’ve developed a deliberate strategy to become a ‘creative brand’ - so we have the cache of offering niche designs, but we’re starting to sell to a wider audience,” says Mabhegede.

Wallpapers remain Mineheart’s core offering, currently representing around 40% of the company’s turnover (20% being wall art, 20% lighting and the rest other “interior accessories”) and as such are a key focus. This year the company will add 150 new wallpaper designs to the 100 that already exist, “because now we’re ready to push the brand forward. We weren’t ready on the production front before,” Mabhegede explains, also pointing out that “having done a strategic evaluation in 2016 to decide on our core competencies and where to make the most money, we realised that our wallpaper sales had been going down since 2014. We decided we needed to start producing wallpapers with a standard 10m drop.”

That decision meant a search for a new print partner as the old one could not deliver on that requirement. The company now has two wallpaper printers “so there’s plenty of scope to increase capacity as we require,” says Mabhegede, who expects wallpapers to make up half of turnover again within the next two years.

So what of the other product niches Mineheart has earmarked? Given the possible margins on the chairs it sells, surely this is an area of development? It is, but Mabhegede explains that as both the furniture makers and PSP are based abroad, it’s a more difficult supply chain so is likely to remain a small part of the business. Rugs however are an easier shout. The company offers two types - tufted and rubber backed - both with stunning imagery, and both ranges are being expanded. “The rubber-back range hasn’t had any new designs for three or more years but more will be added in 2019. And by the end of the year we’ll be offering over 60 tufted rugs too,” says Mabhegede.

A 2.5 x 2.5m tufted rug retails at about £1,000, and while Mabhegede says the margin is “sweet” he admits that, “I could make more by doing the printing in-house - but that comes at its own cost. It is something I‘ve looked into but it’s too much hassle. We’re about design and sales, not manufacturing. But - dependent on how the numbers stack up down the line - we might invest in a small PSP so we have a vested interest yet still have someone else dealing with any print related problems.”

For now Mabhegede is careful to refer to the PSPs used by Mineheart as ‘partners’ “because they are not just suppliers - we talk about what is possible. But, one thing I would say about digital printers in general, is that they are not very proactive. It would be useful if those in the print sector were more forthcoming about things like new materials and inks, especially in terms of the ecological issues.”