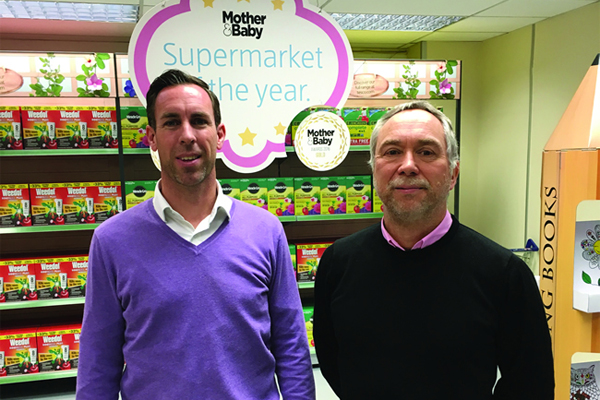 SMP is working with a number of manufacturers to find water-based UV-curable inks for the billboard sector. It’s just one of a number of innovative moves being made by the company as Mark Turner, director of digital print, and sales director Nick Stagg explain.

POS and outdoor print specialist SMP actually has an ‘Innovation’ drop-down on its website homepage - an innovative move in itself. But what’s more impressive, is that the company has a physical and dedicated R+D space within its Woolwich-based operation where it undertakes live technology testing to ensure it is constantly pushing the boundaries in terms of what is possible with digital inkjet. At the moment the focus is water-based UV-curable inks technology.

“It’s what I want to look at at Drupa. It’s top of my list,” says Mark Turner, director of digital print at SMP, explaining the immediacy of the issue and why the company is being so proactive in working with various suppliers to try and come up with effective solutions.

“We produce vast amount of billboard posters, but there’s an issue there that needs resolving. Bill stickers tend to paste with cheap adhesives, often watered down more than they should be to save money. Printers don’t like using UV inks for billboard posters because they don’t stay up very well when they’re pasted on top of one another. So we use solvent inks to get around that. But people don’t like solvent, and high-volume printers like the HP TurboJet are going to be going out of manufacture. So what will we do then?

Sales director Nick Stagg adds: “And it’s not just about having a solution that physically works, it’s about meeting client expectation in terms of the environment too.”

And it’s client expectation that has prompted SMP to be innovative in other areas, like forming a creative arm known as Breed six years ago, and subsequently an installation team and more latterly SMP Dimension for more structural/experiential events market projects. Then there’s Intelligent Solutions, so named for bringing together “the creativity of Breed with the specialist knowledge of the production team”. In essence it’s about the company doing everything it can to give its clients what they want - that oft referenced ‘total solution’.

Recent investment in Europe’s first Inca Onset X3 14-channel UV flatbed printer has widened the company’s applications capability. Stagg says that at the moment its £38m turnover is split 50/50 between digital and litho, and that both are growing. But there’s something of a focus on developing creative possibilities for the retail and events sectors. Indeed, Paul Reeve, who started working with SMP 18 months ago as an account manager has evolved into the new role of creative director.

“He has a creative/design background anyway, and his remit now is to work on creative ideas that we can go to clients with,” says Stagg. “It’s important to be able to take suggestions into the market and have that higher level conversation about what you can do for a client. Our range of kit means we have the technical capability, and with Breed, SMP Dimension and Intelligent Solutions we have the creativity, technical know-how and project management capability to deliver something really special.”

He points to the growth in popularity of pop-up structures as one area where SMP sees opportunity. “And I don’t just mean within the retail environment, but at sports events etc. It’s about taking the retail experience outside the shopping precinct and the brands are all wanting to do that. Take one of our clients, InBev (which owns Stella Artois) - they do a lot of that kind of thing now at sports events and we see others using them at fashion shows etc. The investment we’ve made in technology, and in people, means we suggest some really exciting solutions.

“We’re also aware we need to do more in the experiential sphere. A poster just doesn’t do it any more. Working with brands we understand what they want and are constantly innovating here to make sure we can deliver.”