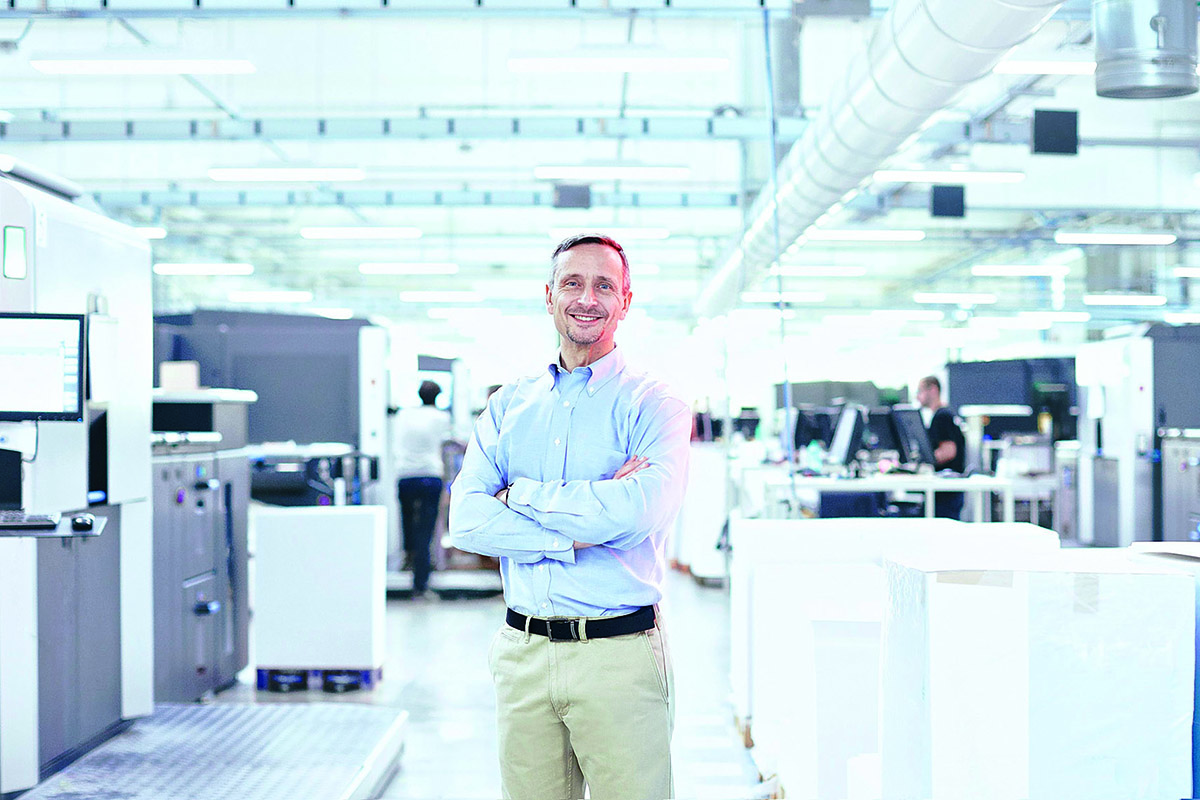 Pixartprinting has become a content creation pioneer in the printing sector with its new project Berlin Lines. Will it move you to do something similar?

Pixartprinting achieves a significant retention and viral success rate - as well as widespread media coverage both at home in Italy and abroad - by transforming creative ideas into original content creation projects that harness the huge potential of digital communication. These nuggets of inspiration form part of what has become a highly evolved marketing strategy for the ‘Upload&Print’ specialist.

"We want to promote an innovative approach, not only in our business, but in the way we produce and spread content too", says managing director Paolo Roatta. "Our content marketing projects provide our customers and prospects with inspiration through engaging storytelling. Narrated with flair and professionalism using all the digital media at our disposal, they offer a mix of original writing, distinctive interviews, narrative photography, infographics and videos, and demonstrate the degree of involvement that can be achieved with a strategically managed multi-channel approach."

The initiatives are conceived by Pixartprinting's marketing department and created in collaboration with a series of selected contributors. The subjects discussed – which are closely linked to the company's core print business - are tackled with originality. Most notable is a singular tour of Europe, a collection of themed journeys exploring the continent's best-known capitals, suggesting places off the beaten track and encouraging readers to view the world with imagination.

Following on from the success of its ‘Floors’ and ‘Re-tale’ series - which looked at various European capitals through their decorated floors and historic shop signs respectively - Pixartprinting is bringing its ‘City’ chapter to a close with a series called ‘Lines’, an unusual content marketing project looking at underground railways.

While the first two chapters focused on static graphical and typographical elements, taking us on a journey with eyes firmly on the ground in Venice, Barcelona and London and an unusual shopping trip in Milan, Paris and Lisbon, Lines is taking a more dynamic approach, offering a moving journey through underground urban spaces.

Berlin's underground railway, iconic in both history and design, is the first to be featured in this new ‘Lines’ project. Every station of the U-Bahn contains different styles, colour palettes and fonts, creating a varied macrocosm where each stop has its own identity, reflecting the metamorphic and fluid nature of the German capital.

"Berlin's public transport system travels a distance equivalent to eight times the Earth's circumference every day", Roatta explains. "You breathe the cosmopolitan air of the city on its metro trains; native Berliners mix with the half a million foreigners from 200 different countries who have chosen it as their home. This syncretism of cultures, combined with the unique character of each station, took centre stage in the first part of our ‘Lines’ project.

‘Berlin Lines’tells 20 different stories, each one featuring an inhabitant of the city associated with a particular underground station. There are 40 photographs in total, two for each station, taken by German lifestyle photographer Sebastian Spasic, whose work is inspired by urban sculptures and the interaction between people and architecture.

Designed to touch on all the cult themes beloved by graphic design professionals and creatives, the storytelling analyses the typographical elements and colour pairings that define the style of the stations. It also looks in depth at the connection between the people and the underground stations where they chose to be photographed, and it is this empathy that gives the narrative its originality. Every day, for example, the young romantic Kerstin explores the forest of multicoloured plant mosaics at Paulsternstrasse station, created by architect Rainer G Rummler. The retro lettering at Richard Wagner Platz, according to George Pavlopoulos, summarises the complex history and architecture-in-progress of this multifaceted capital. Those who descend to Siemensdamm become immersed in the atmosphere of the economic boom of 1970s Germany, which Kiran Talat saw first-hand when he arrived from Turkey to work in the tailor's shop opened by his father. And the tiles designed by Portuguese artist Jose de Guimaraes at Deutsche Oper provided the backdrop to various scenes from Tom Tykwer's film 'Run Lola Run', leading Antonio Luque to fall in love with the station from the very first day he arrived in Berlin. This web of experiences reveals the city’s second ‘soul’ - one stuffed with secrets and stories.

“Although it has its own identity that sets it apart from the rest, the Berlin Lines project shares a common holistic strategy with all of our content marketing activities,” says Roatta. “This involves creating engagement and brand awareness by feeding the creativity of our target audience - predominantly graphic design professionals and those working in the creative departments of businesses."

For this reason, Pixartprinting has now created a dedicated digital repository to collect and organise its various marketing projects, making them easier to access and share: this area is called ‘Container’ (available in five languages) which can be accessed in one click from the Pixartprinting.co.uk homepage. The space even looks like a red container, and is designed to display the project in its entirety, bringing together the wealth of content spread across the web, including on various mini-sites.

Everyone knows that liquids take the shape of whatever holds them, but Container is not simply a virtual box to be filled; it's a project in its own right, which gives further meaning to the items it holds. The contents in the first release of Container are divided into two sections, a sort of journey down the two parallel avenues taken by the projects. The ‘City’ area contains three series: ‘Floors’, ‘Re-tale’ and the recently created ‘Line’. The ‘Design&Color’ section, meanwhile, brings together topics close to the heart of those employed in the field, such as typography, graphic design, the use of colour and marketing techniques, examined from an original and compelling viewpoint. Some of the projects here provide answers to the most bizarre of questions, revealing for example in ‘The Controversial Art of Colourising the Past’, all the secrets of colourising photos, a practice that has found new popularity in recent times. Or, in ‘The True Cost of Comic Sans and Other Printing Peculiarities’, showing how, given the high price of inks, simply changing the font in the layout of a book can affect the overall printing costs. Then there is the chapter ‘How Printing Conquered the Rainbow’, which describes the story, part truth, part legend, of how human ingenuity found a way of reproducing all the colours of the rainbow by printing them on different materials such as paper, fabric and various objects. And those who have often wondered about the origins of the phenomenon without ever finding an definitive answer can read ‘The Unexpected Story of Guerrilla Marketing’, a detailed piece of research featuring in-depth analysis, images, videos and quotations from authoritative sources dedicated to the 'wow' effect of this form of communication and its potential to go viral.

Container also leaves room for profiles of the contributors and influencers, including photographers, videomakers and copywriters, through whose skills the projects conceived by Pixartprinting's marketing department come to fruition. Just as the name suggests, Container is a dynamic structure designed to be continually topped-up with new content creation projects. It’s a marketing development through which the company is showing customers that it is at least as creative as they are when it comes to communication.