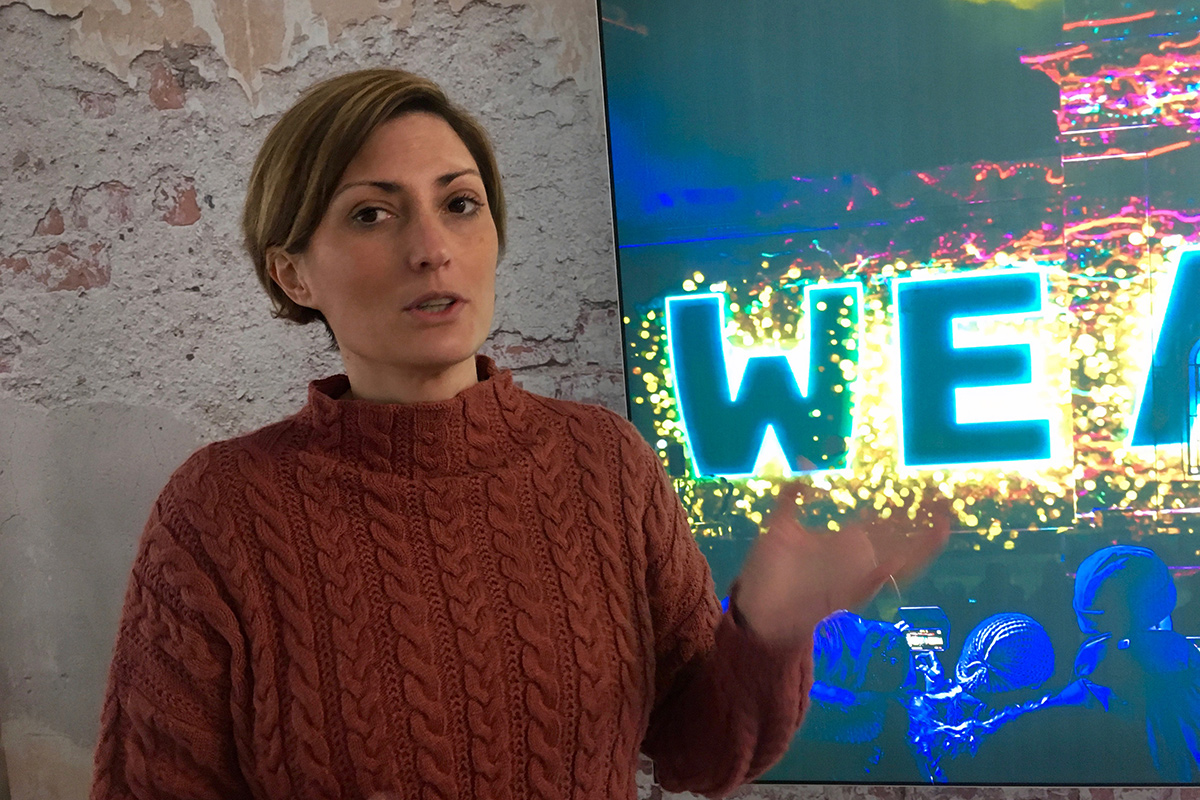 Nicole Spencer, operations director at trade house RMC Digital Print in Hull, became president of the Fespa UK Association last autumn - the first woman to do so. In the run up to Fespa Global 2020 we met up to discuss her plans for an association in transition.

1) Fespa UK has a reputation for being a bit of an old boys’ club. It now has three key females - yourself as president, Carol Swift as MD and Suzi Wilkinson as a director. Do you think that will intrinsically change things?

My feelings on that are that Fespa UK is an association offers something for everyone in the print sector and that it has been built on strong leadership so far. So there’s a good foundation for the future. We are potentially getting some new board members too, which may or may not be female! I don’t think having more women at the top of the association fundamentally changes anything, but I think it will help - in terms of potentially attracting other women into Fespa UK and into the industry, and in that we are well represented at board meetings now.

Sometimes, when people say ‘old boys’ club’ they think in terms of stuff going on behind the scenes, like backhanders etc. - which isn’t the case at Fespa UK - but one of the key benefits of being a member is that we do help each other out. Maybe there’s a print job that someone can’t handle so they may pass on the lead to someone they know who can. Or maybe they just ask each other if they can share their knowledge and experience. At RMC, as Fespa UK members, we’ve found that invaluable at times.

2) On becoming MD of the association Carole said expanding the association’s membership was a key goal - is it still, and do you think your appointment as president will have an impact on that?

Actually, originally we [RMC] went to quite a lot of Fespa Global events, but no one ever really asked us about being a member of Fespa UK Association. Then I went to one of its UK events and was asked if we were members, I said no and we were encouraged to join. Since we did that, over four years ago now, we have really used our membership - it’s been great, so I really want to push for more to join.

At the moment membership sits at around 90. We expect to bring some people in and lose some - but the people we tend to lose are the ones who don’t really engage.

The split of membership is about even in terms of printers and suppliers. For the past year the focus has really been on trying to get more printers involved and that’s what I personally would like to see happen. For RMC sharing print knowledge has been really good, so that’s why we’d like to see more active participants from within the printer community.

Also, we [RMC] have had machines issues, and by firstly speaking with Fespa UK board members, and then other association members, we’ve realised that others have similar issues, something that has given us back-up when speaking with our suppler - because we can categorically say, we know we’re not the only one with the problem. I don’t think we’d be getting the issue resolved as quickly without that back-up.

3) On your appointment as Fespa UK president you said a key goal would be “diversifying and expanding the range of insight and support we offer to our members”. How is that manifesting itself?

The membership used to be very screenprint heavy, because that’s where the association came from. So now that’s changing - we have people from signage, prototype packaging etc. And now we’re targeting different sectors within the industry - the intention is to keep the membership speciality print, but within a wider context. Top of our priorities is growing the membership with active, engaged and engaging companies who will participate.

Instead of saying ‘come and be a Fespa UK member’ we’re finding it’s better to put on events that attract would-be members in the first place, and then have a conversation.

Also, in my role as president, I’d like to speak with current members are ask ‘what is it that we are not offering you that you’d like to see us offering?’ Carol and Suzi did a lot of member visits in 2019 and In 2020 we’ll definitely be having more of those conversations - making sure we know what members really want rather than guessing and putting on events no-one is really interested in attending.

4) Financial support for some Fespa UK Association projects comes from Fespa Global as part of its ‘Profit for Purpose’ remit. What projects is it funding this year, and what other projects do you hope it will support in the near future?

In terms of events and their funding, as I mentioned, we want respond to what members really want, and also put on things that will attract those who may not otherwise have thought of joining Fespa UK. So, we ran a textiles event in 2018 and 2019 for instance. We’ll do it again, probably in 2021 to give people a bit of a breather. We normally try and get a couple sponsors on board for the various events, so we can self-fund as far as possible.

Not all association projects receive Fespa Global funding - it did not receive funding for its corrugated show for instance. However, Fespa UK was the top association out of all the 37 associations, at the GA in Lyon when it came to asking for funding for our projects, and it has been top for the last several years. But, we can only run so many events each year as there are only four members of staff at Fespa UK. We would love to grow the team and offer more events but we don’t have the membership at present to be able to do this.

At Fespa Global in Madrid this year we are looking to host a UK members gathering to which they will encouraged to bring their clients too. We are talking to a couple of our members who would like to sponsor the event and bring along their clients, so it should be busy with lots of networking opportunities. We are currently looking at a roof top bar venue that looks out over the Madrid Skyline, where we will host a drinks reception and an informal meal. At the main show event the association will host members on the Club Fespa stand too.

The association, in partnership with Vism, has got project approval to launch the UK Graphic Awards this year, celebrating the achievements of the wide-format graphics printing and installation industry, and Thrive in Print, a brand new conference dedicated to informing and educating wide format printing business managers and owners.

5) Sustainability is a big issue, and one that’s close to your own heart. Can you tell us how you think Fespa UK can help the wide-format print community work toward a more environmentally sustainable future?

We are certainly happy to have conversations with anyone who wants help or advice in this area and point them in the right direction. We haven’t got a formal link to A Plastic Planet yet, but Nick [Kirby] at Swanline has done a lot of work with them and has introduced FAPS UK to them so watch this space for developments there too.

6) What other issues are members flagging up to you - and how is Fespa UK addressing those?

Members don’t tend to flag things up! So many companies join associations and then don’t use them to any effect. Hopefully, from doing more of a business focussed conference this year things will start being highlighted - whereas the events we’ve done in the past tend to have been on pre-determined issues/sectors.

7) This sector does not have a strong, cohesive voice. Do you see that as a mission Fespa UK should take on? As its president is that a role you see yourself taking on?

Well we are involved with the GMPA [The Graphics and Print Media Alliance - comprising trade associations representing companies operating in the graphics and print media industry supply chain] but it’s not really doing anything. They still have regular meetings but I’ve not been so I can’t comment further on that.

Potentially, Fespa UK could be a voice for the sector, but again, you need the members - or input from others in the sector - to know what the feelings are etc. It comes down to having a bigger, more responsive, active membership.

A lot of people are wary of being a part of an association, speaking to an association, or to other print companies, in case their ideas are stolen… it is difficult. I am happy to speak on behalf of members, but I have to know what they want. Perhaps one of the reasons people don’t join associations is that they don’t feel they do enough to represent them, but it’s chicken and egg - you have to know what they want from you to be able to deliver it.