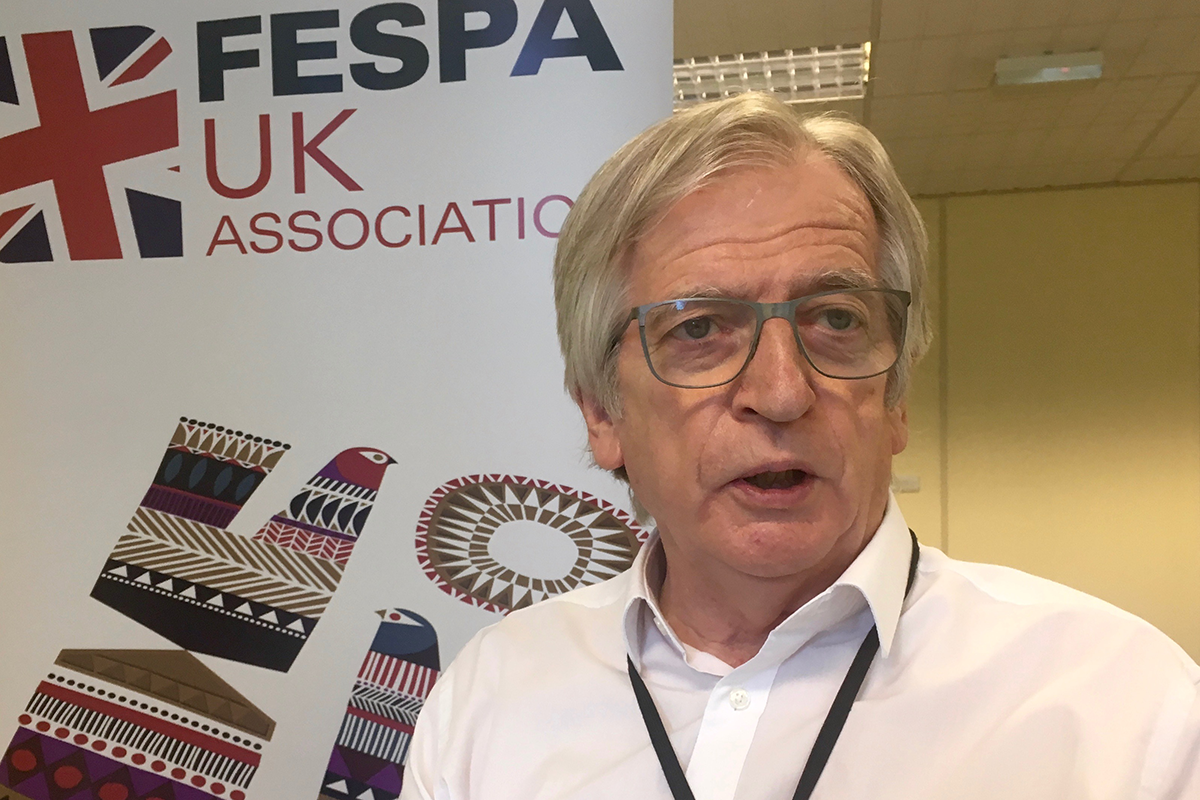 On 10 October Fespa UK is hosting the conference ‘The Future of Print i4.0’ at the Manufacturing Technology Centre in Coventry. But who will be there, and should you be? Image Reports’ own Widthwise Survey - conducted among 151 of the UK and Ireland’s large-format PSPs at the start of this year - showed that only 5 of them had invested in i4.0 technology over the last 12 months. Those who hadn’t were asked if they would be doing so in 2018. The answer? A big fat 0. So, what’s going on? I spoke with Fespa UK Association’s Peter Kiddell for his take.

First of all Peter, let me say it’s great to see that the association is running this ‘Future of Print i4.0 conference’ and not only educating the market but stimulating debate. But you’ve seen our Widthwise figures. To be blunt, how many do you expect to turn up, and how many of them do you expect to be large-format digital printers?

Well first off let me say this is an extremely interesting and important topic. And talking about it is all the more crucial when you consider the Widthwise survey figures and people’s understanding and potential use or adoption of i4.0 techniques and technologies - the numbers are disastrously low. But I really don’t think we can blame the print service providers [PSPs] for that, because I don’t think that - at this stage - they see the relevance.

At the conference we have a restriction on numbers to 60 people. It was that or 300 and we didn’t want to commit to the latter! In August we had 28 bookings and I think that with our promotion of the event we will fill the places. The profile of those who have preregistered so far are senior directors of print companies, the majority from the wide-forma area. We made it clear that this is a conference for top people, because if junior members attend the message just won’t get through.

So why has the association decided to look at this topic at this particular moment in time? Is it because Fespa show exhibitors are trying to promote i4.0 technologies now, ahead of Fespa 2019?

No. It’s because we in Fespa UK Association believe it’s time for the discussion. We recognise that there’s resistance to i4.0 - as Widthwise shows -  and I don’t think it’s because people are apathetic but because they do not have a proper understanding of it. I’m an engineer and I do understand how important this is and know that we can’t just sit back and let it happen. We need to engage

Given that the print sector prides itself on using cutting edge digital technology, do you find it odd that it seems slower than many other industries in jumping into i4.0?

Yes, and as a member association it’s important that we flag up to them what we see as important developments - and i4.0 is certainly that. The more we talk to the real exponents of i4.0 the clearer it becomes that it is something that can’t be ignored.

Do you think the actual term ‘Industry 4.0’ is a problem? Do you think people understand what it means?

I think it is an issue. At the moment it’s a bit like when mobile phones first came out. I bought one and put it in the boot of the car. At the moment it’s a bit like that - people are piddling around the edges because they don’t truly understand what the effects of i4.0 will be - of artificial intelligence, of working in the cloud etc. This industry is well educated on the use of digital technologies in terms of production and the use of MIS etc, but i4.0 is about joining the whole supply chain - getting devices talking to each other, to suppliers, to customers, for a seamless flow of work through a facility. If you don’t do that you’re not going to be getting the business. It’s like saying you’re not going to use the Internet because it’s disruptive - if you take that attitude you will suffer.

So do we need a better descriptive of what i4.0 actually is?

Yes - but what should we call it? We have the term now so it’s about educating people about what it means. When conference attendees visit the MTC [Manufacturing Technology Centre] they are going to be gobsmacked, because we’re not just going to be talking about i4.0 but showing it. We’re going to be showing how virtual reality works so they can see how their print facility looks before they’ve put in a new piece of equipment and after they’ve done so – without physically installing anything they can see how it will perform within their workspace. They’re going to be able to track their production digitally as well as actually. They’re going to see elements of production controlled by artificial intelligence.

These are huge changes, and the thing is, the print sector - the wide-format sector in particular - has a good knowledge already of IT and digital technology so they should be able to move towards i4.0 very smoothly and effectively.

Do you think the print sector has a problem in that it tends to see technological development through the eyes of the kit manufacturers supplying it, rather than taking a wider view?

Absolutely. There’s too much focus on the next bit on kit coming along. I’d have thought it a better strategy to look at what you want to achieve as a business and look across the whole technological landscape to see how to develop your operation.

So who is on your speaker panel for the conference, and why have you chosen them? Do you think they are best placed to tell PSPs how they should be futureproofing their businesses via i4.0?

It would have been very easy to go out and say to the MTC, ‘we want people to tell us about i4.0’, but we have deliberately brought in as speakers people who are long-term suppliers to the print sector to talk about automation as part of i4.0. We have also made sure we have some very forward looking people speaking who are printers, and of course we’ve taken the opportunity of having people from the MTC speak too.

For instance, we have Nigel Knapp from the MTC, who runs a group that works with SME’s to help them improve their production techniques and digital communications so they are ready for i4.0. One of our members has already been working with him and that member [and president of Fespa UK] - Tony Moscrop of Dufaylite - who will speak too.

Anyway, Nigel will kick off explaining what i4.0 is all about, then we have Steve Richardson of Optimus which, as you know, is into MIS and other forms of digital process guidance and he’s going to be talking about how existing structures fit in the i4.0 package and how things are likely to change.

At this point, let’s be clear - none of the speakers will be delivering a sales pitch - it’s not about that at all. If they start doing so they’ll be shut down! It’s about delivering education on the topic - that’s what we’re after.

Following on from Steve will be two very interesting guys - David Atchinson and Russell Weller from Esko. Russell will talk about where Esko sees i4.0 going and David has been in print nearly as long as me, with his own business and working at various outfits so he’s very experienced, and he has done a lot of work automating systems. He knows what a printer needs and he’s done it!

I’ve already mentioned Tony Moscrop, and he’s an engineer. His business has been very successful but he couldn’t keep up with the volume being demanded by the market, so the MTC have looked at his facility and enabled him to drive it forward using new technologies. I don’t want to give too much away, but he’s looking at completely changing the way he manufactures and supplies his product to the market – so that will be a very interesting insight.

Then we come to Dr Lina Huertas, a chief technologist for digital manufacturing at the MTC and a lady who really understands where we are going with i4.0 technologies. I’m sure she’s not going to pull any punches and will be telling some of the people in the room that unless they do x and y they could be in difficulty.

And we’ll end with Tomas Novais, a technology transformation advisor at the MTC. So it will be interesting to see if they all share similar visions.

What overarching message do you hope the conference will get across – and what if it fails?

We need to recognise that we are not an industry apart - and that there are bodies that can help us get to grips with a changing technological future. The MTC is there to help us for instance. It is quite remarkable and you have to really see it to understand how good it is. They are really clued up, are passionate about what they do and talk in a language that business people can understand. When I first there I knew I was seeing the future, and that I had to tell others in our industry about it. We can’t afford to fail in getting to grips with i4.0, it’s as simple as that.