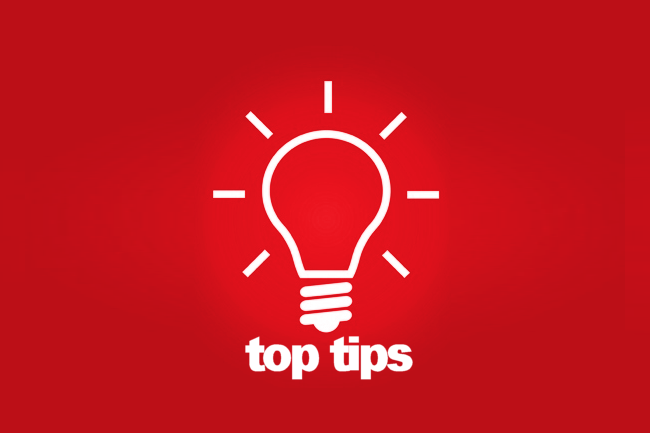 Decisions are the lifeblood of a business, which makes it all the more remarkable that we make so many of them in a disjointed, ad hoc and impulsive fashion. The good news, as American billionaire Warren Buffett likes to point out, is that you only have to get a few of them right, as long as you don’t get too many of them wrong. This guidance might help you improve your success rate.

Walter Hale explores the decision making process, and offers pointers on how to make better ones.

It’s all about the brain. The human mind is a magnificent creation but it’s not perfect. One of its flaws, as Nobel Prize-winning economist Daniel Kahneman has identified, is that on its default setting it prompts us to jump to conclusions. Kahneman calls this tendency What You See Is All There Is (WYSIATI). When we make decisions, we do so on the basis of what we know - or think we know - and we use that knowledge to build a coherent story which, even if it is inaccurate, we choose to adhere too.

What we don’t tend to do is reflect on the things we don’t know about a given situation, which might help us make better decisions. This is perfectly understandable. As a rule, we like to agree with the boss (especially if, as is too often the case, the boss has indicated their preference before the discussion starts). Saying something like ‘Yes, but …” can make us sound weak or indecisive and, to expedite matters, we are often presented with binary choices (which, as we will explore, are often unhelpful). To encourage a genuinely informed, and open discussion, leaders need to make sure they seek out dissent, rather then penalising it.

2. It’s still all about the brain

One reason we fall into the WYSIATI trap is that we are susceptible to confirmation bias. We are more likely to accept information that confirms what we already think and less likely to accept information that contradicts it. So many executives will embrace any data - no matter how inaccurate or irrelevant - to resist change or to support the consensus. This tendency is exacerbated by what Buffett calls the ‘institutional imperative’, which he describes as an unseen force that means “any business craving of the leader, no matter how foolish” will be indulged by docile managers.

This imperative will often be strengthened by colleagues who act as ‘mind guards’ who see their role as shielding the group from inconvenient information. This is one of the mechanisms driving the phenomenon American psychologist Irving Janis dubbed ‘groupthink’ where shared assumptions can lead us to make disastrous decisions - the entirely avoidable scandal of Watergate being the ultimate example.

Many managers - especially those who can’t quite control their inner bully - like to boil a decision down to a binary choice. There’s some logic to this - it can clarify debate, focus minds, and encourage a quick decision - but there is always the risk that this method doesn’t simplify a choice, it distorts it. At the very least, a leader should share the process that whittled those choices down. Were any other options considered? Why were they discarded? What information is not being presented to us? These are all valid questions and by deconstructing the process, teams may come to a better decision. It may well take longer - to the annoyance of some gung-ho colleagues - but the decision may well be the right one, which is surely the point.

Andy Grove, the famous CEO of Intel, used to argue that sometimes the best decision a manager can make is not to make one. The internal pressure to make decisions right now can be intense - hence the quip ‘The manager’s indecision is final’ - but sometimes it pays to wait until the ambiguity of the situation you are facing is resolved. If you don’t resist the pressure to decide early, you could make the wrong move. This is not an excuse for ‘analysis paralysis’ but Lord Melbourne, Queen Victoria’s favourite prime minister, made the case very well when he said: “When it is not necessary to change, it is necessary not to change.”

5. “A man’s got to know his limitations”

Clint Eastwood said this at the end of ‘Magnum Force’, the second movie in which he starred as maverick cop Harry Callahan. People who over-estimated their own abilities in Eastwood’s movies tended to pay the ultimate price. In business, the cost of such delusions may be less dramatic but they still exist. As you might expect, Buffet has a term for this, saying once: “Only evaluate decisions within your circle of competence. The size of that circle isn’t vital, but knowing its boundaries is.” Sometimes, the toughest thing to say in a meeting is “I don’t know” - but often it’s also the smartest thing you can say.

6. Understand the power of perceptual contrast

This principle, identified by American management guru Robert Cialdini, applies to every workplace and each department within each workplace. Here’s how it works. A manager asks you for £150,000 to bolster your online presence and promote the business on social media. Thinking that you could buy a new digital printer for that, you demur. When the manager returns with a new proposal, for half of that investment, you instinctively feel you should accept. The perceptual contrast between the original cost and the second sum nudges you towards endorsing the plan. This instinct is heightened by our need to reciprocate - because they have made a concession, we feel obliged to do the same. Our urge to reciprocate is so strong that when, in the 1970s, an American academic sent Christmas cards to random strangers, most of them sent him one back. The difficult skill is to step outside the situation itself and ask whether the plan is important, useful and likely to succeed. When those questions are raised, you might decide that £75,000 is: a) too little; b) a good idea but not right now; or c) better invested elsewhere.

Because we all know our own business inside out, we know our weaknesses as well as our strengths. When we consider our competitors, it is harder for us to see beyond the image they project in the marketplace, so we may well overestimate their strengths - and be blind to their flaws. This is one reason that so many companies end up emulating their rivals on a host of matters - from bonuses to capital investment and products - and, as an inevitable consequence, fail to develop a distinct competitive advantage. Such neglect can have serious repercussions for the business when times are hard. (The herd mentality, in which we are encouraged to make decisions on an emotional, not rational, basis by our peers, has been confirmed in numerous studies.)  It makes far more sense to reflect on the competitive edge you have - and take decisions that make the most of that edge.

You may be thinking that this advice is all very obvious but it is astonishing how often organisations fail because they forget the obvious and make astonishingly bad decisions. Think of Enron, Royal Bank of Scotland, Westfarmers (the Australian business that acquired Homebase for £340m in 2016 and sold it two years later for £1), VW (and, it turned out, many other car makers) systematically fixing emissions tests, Decca (turning down the Beatles because “bands with guitars are on the way out”), the litany of self-inflicted wounds is as long as the history of business. Such errors certainly bear out Buffett’s famous observation: “Ask yourself, could a fool run your business? Someday, a fool probably will.” In recent years, it has sometimes been hard to distinguish between a rising market and a genius. That certainly isn’t the case at the moment - and probably won’t be for the foreseeable future.