Have you ever read that business bestseller about the seven habits of highly effective people?

There is no such thing as a domestic market.

Matthew Parker, consultant and director of Print and Procurement, provides strategic steps to help you increase print profit margins by over 12%.

What do key manufacturers have in store for us in terms of technical trends and developments in 2013? Melony Rocque-Hewitt investigates.

2012 was a huge year for Hollywood Monster, formed in 2009 through the coming together of Hollywood Signs and Monster Digital. During the past year it has invested £2m in print kit, announced the formation new digital sales team and the appointment of a business development manager to generate new leads, and forecast a £1m growth in turnover to take it to £6.5m. And behind all that was a canny marketing plan that put Hollywood firmly in the limelight. So have Hollywood’s efforts paid off so far, and what are its mission targets for 2013 and beyond?

Towards the end of January Fespa will bring its annual Global Summit to the UK. And this year, Fespa is throwing open the doors to what has previously been an ‘invite only’ event for the industry’s top brass. It’s where the great and the good meet to take the temperature of the wide-format market and discuss the way forward. So is it worth putting your hand in your pocket to get an insider’s perspective at the 2013 summit? I ask Fespa’s Duncan MacOwan, what’s in it for printers?

In 2006, Disney paid £4.1bn to buy Pixar, the animation studio that had created such gems as ‘Toy Story’, ‘Finding Nemo’ and ‘The Incredibles’. As it turned out, that price was probably a bargain but Disney could have saved billions if its management hadn’t made the wrong call in the 1980s.

The irony is that a studio founded by master animator Walt Disney, that had been responsible for such marvels as ‘Snow White And The Seven Dwarfs’, had to pay so much to get back into a market it had once dominated. That’s because in the early 1980s – with the studio’s founding genius long dead – the company’s traditional values led it astray. Because traditional 2D animation required so much skill and resource, Disney had come to focus on blockbusters. So in 1982, when it delved into computer graphics to produce ‘Tron’, it looked at what it considered so-so grosses for the sci-fi feature and made the logical, but stupid, decision not to venture any further into computer graphics. Four years later, Pixar was founded when Steve Jobs bought the computer graphics of Lucasfilm. Within eight years, the new company was cooperating with Disney. The dissolution of that partnership in 2004 convinced Walt’s old firm it had to act – and it made a £4.1bn offer Pixar’s owners could not refuse.

If Disney had taken a longer, broader view of ‘Tron’, seeing the movie not just as a one-off item on a profit and loss account but as an investment in the cutting edge technology of computer graphics, Pixar might never have happened. Although this blunder gave the world ‘Toy Story’, it is a salutary reminder that merely by applying the conventional wisdom – or judging every project according to its traditional values – every company can get it spectacularly, expensively wrong.

Technology must always be useful, the British scientist Sir Patrick Linstead once observed, whereas science need not be. In the wide-format industry, too many technologies have proved not be as useful as the printing companies who bought them had hoped. So it is easy to understand why, despite all the hype, many companies have been reluctant to embrace Web2Print.

Yet those helpful folks at OnPrint Shop (www.onprintshop.com/eight-steps-for-sme-printers-to-choose-right-web2print-solution.html) have chipped in with a handy eight-step guide to making the most of this new technology which sums up the challenges in plain English, raising such basic questions as why do you need to go online before ending with a cautious analysis of the investment options – from renting to sharing and licensing. The best single piece of advice? “Companies usually give only ‘how to do’ support, which is not that helpful if you’re not IT savvy. Look for a company that helps you set up your online store and makes you functional in a short time.”

UV curable flatbed printers are all about printing direct to rigid media. But the market is polarised between high quality and high productivity machines with price still playing an important role. Nessan Cleary reports. 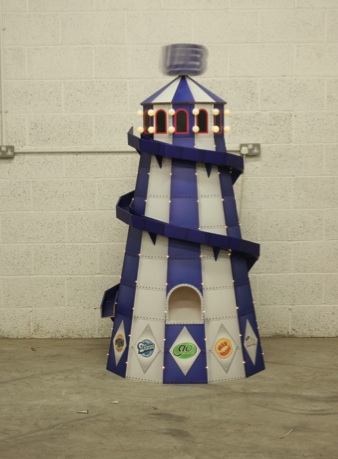 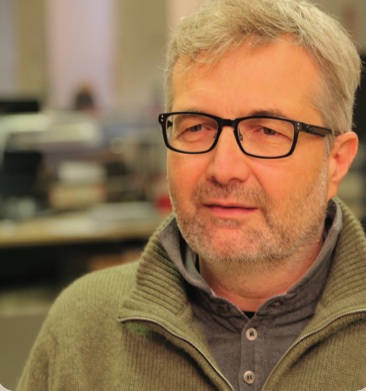 Pixartprinting is one of the biggest Web-to-print companies in Europe for professional customers. Figures for 2011 show a turnover of 32m Euro and a customer–base of over 80,000. The company, founded in 1994 by Matteo Rigamonti, has seen a year-on-year growth and last year it managed a staggering 40% jump. The expected rise in 2012 is not quite of that magnitude but turnover is still expected to reach 40m Euro as the company continues to expand at a phenomenal rate. But in the UK it’s not making the mark it wants to. So here I ask Matteo about the company’s expansion plans, including its wide-format ambitions, and its intentions for the UK market.

Are you on Flickr, Twitter or YouTube? Octink, the London wide-format printer which has twice been listed as one of the Sunday Times’s Best Green companies, certainly is. There’s a nice environmentally sound poster on Flickr, a tweet about a new director and eight videos on YouTube (none of which, it has to be said, have become a viral sensation).

In a small way, Octink is participating in a revolution which David Armano, a senior vice-president at communications agency Edelmann, calls the cult of influence (http://blogs.hbr.org/cs/2011/01/the_six_pillars_of_the_new_inf.html). Armano urges companies to use digital tools to increase their reach, get closer to customers, seem more relevant, build credibility in a community of influence and become more trusted. These are not small goals but collectively they can help you engage with the people you want to influence – be they customers or opinion-formers – to help your business.

It’s easy to lose sight of the over-arching goal when you’re struggling to know what to tweet – or think you’re too busy to bother – but it could help you reposition your company. One of the problems printers have marketing themselves is that they don’t have the budget to sustain a big brand-enhancing campaign. But if they reach out to the right niches, they might be rewarded with new business.

In Simon Raven’s novel ‘Alms For Oblivion’, one character says of another: “He’s never seen anything he doesn’t want to see in his life.” We can all be like that – no matter how observant or open-minded we like to think we are.

But Rock LaManna says, in a Fespa blog with the exaggerated title of ‘The Two-Part Process For Unstoppable Growth’ that strategic growth often starts with a reality check by seeing what their team think. “The most successful CEOs are not always the ones who are most knowledgeable or decisive,” says LaManna. “They are often the leaders who create the best teams, inspire peers and set a coherent vision to align the team’s mission.”

Once you look at the business as a team, he suggests that growth can come from some prosaic sources, such as a decision to focus on – and generate added value from – your big accounts. This might sound obvious but many of the options he recommends – aligning yourself with key suppliers, creating a joint venture or developing a new market – might make more difference to the bottom line than half-baked reorganisations, a fancy new website or a new mission statement.

If you’ve got mission statements on your mind, tale some advice from an expert like the Orion Consultancy (http://www.orion-consultancy.com/1/post/2012/08/mission-vision-values-and-strategy-how-to-untangle-them.html/). They recommend that every quest to redefine your mission statement should start with one question: “Why do we exist?”

An easy question to ask, but can you succinctly answer it?