The first step in the journey of innovation is usually said to be a brainstorm. But is it? As Jeffrey Baumgartner says in his newsletter ‘Report 103’ (http://www.jpb.com/report103/index.php) many of these sessions generate “best ideas” that look good but are pretty safe.

Take the rise of digital cameras. The first prototypes produced very low quality images and, Baumgartner notes,  “If people in the film industry were asked ten years ago, which is better – improved film or digital images, they would have said “improved film”.” And they would, of course, have been wrong. Breakthrough ideas, he says, “cannot be directly compared to existing notions”. And it is these ideas – from the Model T Ford to the iPod – that transform their company’s performance.

The other drawback, Baumgartner suggests, is that brainstorming sessions can generate so many ideas it is hard to decide which ones to pursue. In an approach Baumgartner calls “anti-conventional thinking”, he proposes that companies focus on one really big idea and, by questioning, debating, criticising and improving that proposal, develop it in such detail that the “meeting can produce a step-by-step action plan, defining what needs to be done to implement the idea”.

Sounds simple – when it obviously isn’t. But this, Baumgartner suggests, is what scientists do. They gather a lot of information, formulate a single thesis and test it. If that doesn’t work, they revise that hypothesis and try again.

This process is obviously more unpredictable – and may seem initially more costly and time-consuming – but it might generate the big idea that drives your revenue up.

We live in an age that worships speed – of communication, decision-making, and 100 metre-running. Yet there is a case to be made that speed isn’t always good for companies. A recent, rather arcane study by John Hopkins University assistant professor Brian Gunia (http://briangunia.com/wp-content/uploads/2011/10/Gunia-et-al-2012.pdf ) found that managers who made decisions slowly were more likely to make ethical decisions. Many of the dodgy calls that helped precipitate the global economic crisis were made at ridiculous speed.

And in a new book Wait: The Art Of Science And Delay, Frank Partnoy (http://frankpartnoy.com) suggests that in creative industries, the constant pressure to make decisions quickly actually prevents the kind of insight that really transforms performance. A fan once asked Ernest Hemingway how he wrote a novel. “The first thing to do,” said the author of A Farewell To Arms, “is to clean the fridge”.

With Ecoprint, the conference and exhibition devoted to sustainable printing, being launched in Berlin (http://www.ecoprintshow.com), this is an opportune moment to consider the plight of the St Lucia parrot.

In 1977, this particular parrot was on the verge of extinction. Commissioned by the government to save the species, conservationist Paul Butler tried to establish a sanctuary for the bird – and impose tough penalties on those disturbing it. All he lacked was public support. So he created a parrot mascot, Jacquot, printed T-shirts, persuaded hotels to support the campaign with stickers and even convinced a local band to record a song about the mascot.

By making the parrot a symbol of national pride, he created a groundswell of support for the sanctuary. Today, there are 1,700 St Lucia parrots in this West Indies island state. That success was the inspiration for an organisation called Rare (http://rareconservation.org) which builds on such bright spots to change behaviours to protect the environment across the world. Near Dongting Lake in central China, Rare has even run a billboard campaign to encourage locals to report sightings of the endangered finless porpoise.

Rare’s credo is simple. Build on what’s good, replicate it as rapidly as possible and recognise that the most effective way to alter human behaviour is to empower the people whose habits you are trying to change.

There’s a lesson in there for every company striving to become more sustainable.

Print has had to reinvent itself more times than Madonna to stay relevant. (And let’s be honest, it’s looking a tad more relevant today than dear old Madge.) Could this be the year that one particular reinvention, lenticular printing, takes off?

FESPA certainly seems to think so (http://www.fespa.com/news/blogs/printers-go-3d-with-lenticular-printing.html), calling on printers to embrace this method, which gives flat images depth and motion, and unleash such effects as 3-D, flip, morph, zoom and animation to make their customers’ posters, outdoor advertising, packaging and promotional materials even more compelling.

Prolific design expert Karim Rashid is exhibiting some of his own extraordinary lenticular images at New York gallery Gering & Lopez. For those of you who feel they can’t justify a jaunt to the Big Apple in this age of new austerity, Core 77 have been kind enough to show a sample (http://www.core77.com/blog/exhibitions/lenticular_images_by_karim_rashid_20_x_12_exhibition_at_gering_lopez_in_nyc_23448.asp) which even as stills suggest the vast possibilities ahead.

The ultimate proof of the power of lenticular printing would be if the technology could bring some depth to Republican presidential candidate Mitt Romney.

Stuart Maclaren, the young founder of 2012 start-up Your Print Partner talks to IR about his reasons for entering the wide-format print sector.

Earlier this year a 23 year-old entrepreneur by the name of Stuart Maclaren entered the wide-format print market with the formation of Your Print Partner in Lincoln. Initially this was a print broker of sorts but, in August, he installed a £70,000 Mimaki direct-to-textile printer to start bringing print in-house. Just 11 months on from the company’s formation and he has five staff, another three are being sought, and a £600,000 first year revenue is forecast. So has he made the right move?

Image Reports is looking for print companies that bought their first a wide-format inkjet printer over ten years ago. Did you? If so you could become one of our Digital Originals.

Matthew Peacock, manager of Vision in Print, explains why should better understand your company’s KPIs.

Make sure you have the right level and type of insurance cover for your company needs. Danielle Hodgins, team manager, commercial schemes, RKH insurance Services, tells you how.

Peter Kiddell, director of the Fespa UK Association, regularly carries out funding searches on behalf of members. Here’s his take on finding grants.

When you’re trying to sell a product or a service, it’s tempting to talk figures straightway. Yet the respected innovation blogger Seth Godin (http://sethgodin.typepad.com/ ) questions if this is the right approach.

In 1964, Barry Goldwater, a right-wing Republican Senator, ran for the American presidency under the campaign slogan: “In your heart you know he’s right”.

Many consultants make the mistake of equating innovation with technology, the internet and owning a garage where you can experiment away the hours.  So it’s a pleasant change to discover a website like Wisepreneur (http://wisepreneur.com ) which aims to help innovators even if they don’t want to invent the next Facebook and focuses on challenges that are firmly grounded in everyday business life.

Recently tackled issues include how to stop that post-meeting drift (when an agreed plan of actions mysteriously drifts in the wrong direction), whether your company unconsciously stifles innovation (by creating a culture where new ideas are stifled by meetings where people say things like “We’ve tried that”, “Management won’t go for it”, etc) and, in an especially timely post, whether you need to do an inventory of your unspoken assumptions and decide which ones should be discarded.

The difficulty is that many of the assumptions that need challenging are the ones that, in management’s view, made the company successful in the first place. But the history of business is full of companies whose strengths became weaknesses where success, ultimately, bred failure. Holly Green, CEO of The Human Factor (a corny name for a consultancy but it doesn’t make her insights less valid) suggests every company could usefully ask these core questions: 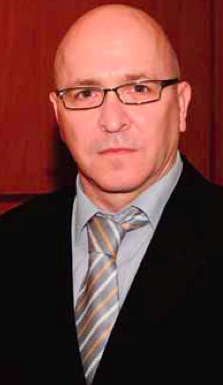 Richard Moore is print and paper industry lead at Proskills, which has undergone significant changes this summer.

Proskills ceased to be Sector Skills Council (SSC) at the end of last month, a move that followed an earlier restructure and the departure of chief executive Terry Watts in the spring. Since then we’ve also seen the departure of interim CEO Tom Bowtell. So just what is the new look Proskills all about and what’s it doing for print?