We shall overcome…rather than be overcome by the double dip-recession if we follow certain housekeeping rules according to the Forum of Private Business.

The importance of being boring

Why weren’t Canadian banks hit as badly by the credit crunch as American and British banks? One answer is given in ‘Other People’s Money’, Justin Cartwright’s exceptional novel about a Rothschild-style banking dynasty. In the final chapter, a spokesman explains a Canadian bank’s resilience by saying: “We are boring and we don’t go to the opera.”

In boom times, great business leaders are lauded for their eccentric, audacious genius. But in an era where every week reveals another business that doesn’t seem to fully understand its own business – the bank J.P. Morgan being merely the latest example – many pundits now feel there is a lot to be said for leadership that is quiet, shuns the limelight and doesn’t indulge in what ‘Time’ magazine columnist Joel Stein calls “a lot of alpha male yelling and inspirational speechmaking”.

In Stein’s book ‘Man Made: A Stupid Quest For Masculinity’, he interviews leaders from all walks of life and finds that the most effective – like the captain of a fire station in Hollywood – “weren’t particularly charismatic, or funny, weren’t the toughest guys in the pack, didn’t have a Clintonian need to be liked or a Patton-like intensity. They were, on the whole, a little boring.”

Yet the firefighter, Klein suggests, has learned that “inspiring people through your personality is a risky, exhausting endeavour. But if you make people feel like you’re going to help them accomplish something far bigger than you, you can let the belief do the work for you.”

HR specialist consultancy Page Meir Global considers how your HR policy needs to grow and adapt with your business.

The Out of Home Media session in the DrupaCube made it clear that print needs to be more vital if it’s to take a serious slice of the OOH advertising budget in years to come. Here’s what some of the speakers had to say on the topic.

Do you shy away from difficult conversations in the workplace? Many managers do, but there are ways of making them less painful as Natasha Stone, a communications consultant at the Learning Consultancy Partnership, explains.

Posters, cup cakes and the Internet

Matthew Peacock, managing engineer for Vision in Print, explains why you need one and who it should be.

Successful change programmes within a company are not only highly rewarding but really useful as examples and as reference points for future projects. Whatever part of the production process is worked on, be it the reduction of steps needed in administration, to reduction of waste, when done well, the results will be significant. Huge savings can be made, but that is not always the most satisfying part.

Can you improve your data management to better target customers and better service them once you have them? Tony Hodgson from print technology, data management and marketing consultancy Individua guides you to better performance with these top tips.

The much respected designer and founder of the new Brandit Furniture venture, which offers wide format-printers a new revenue stream.

Designer David Bartlett’s contact book reads like Who’s Who – and soon you could be in there with the great and good given he’s asking printers interested in getting involved with his new project, Brandit Furniture, to get in touch.

Phil Thompson, head of BPIF Business, takes you through the seven steps to prepare for automatic enrolment. 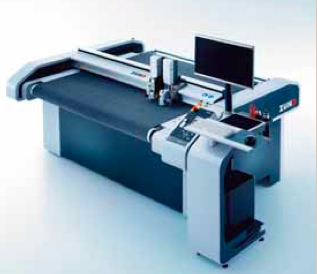 EMAS stands for ‘Eco Management and Audit Scheme’ but you can be forgiven for not realising that – it’ not exactly well known. But it’s about to be, so listen up.

UV inkjet technology is migrating to narrow-format label production, but there’s also plenty of opportunity to produce labels on wide-format kit as Melony Rocque-Hewitt finds out.

Labelexpo Europ e, which took place in Brussels at the beginning of October 2011, was a sell out. In fact, it broke all records in the show’s 30-year history both in the number of exhibitors, attendees and equipment sales. While the halls were awash with new UV inkjet narrow-format presses from the likes of HP, Durst and EFI, wide-format players such as Roland DG, Mimaki and Esko Graphics were plying their wares too.

At Fespa Digital 2012, as part of the Explore Conference programme, Paul Streeter-Jewitt posed the question: Is it possible to win business even when yours is the highest priced quote? He thinks you can – here’s how.