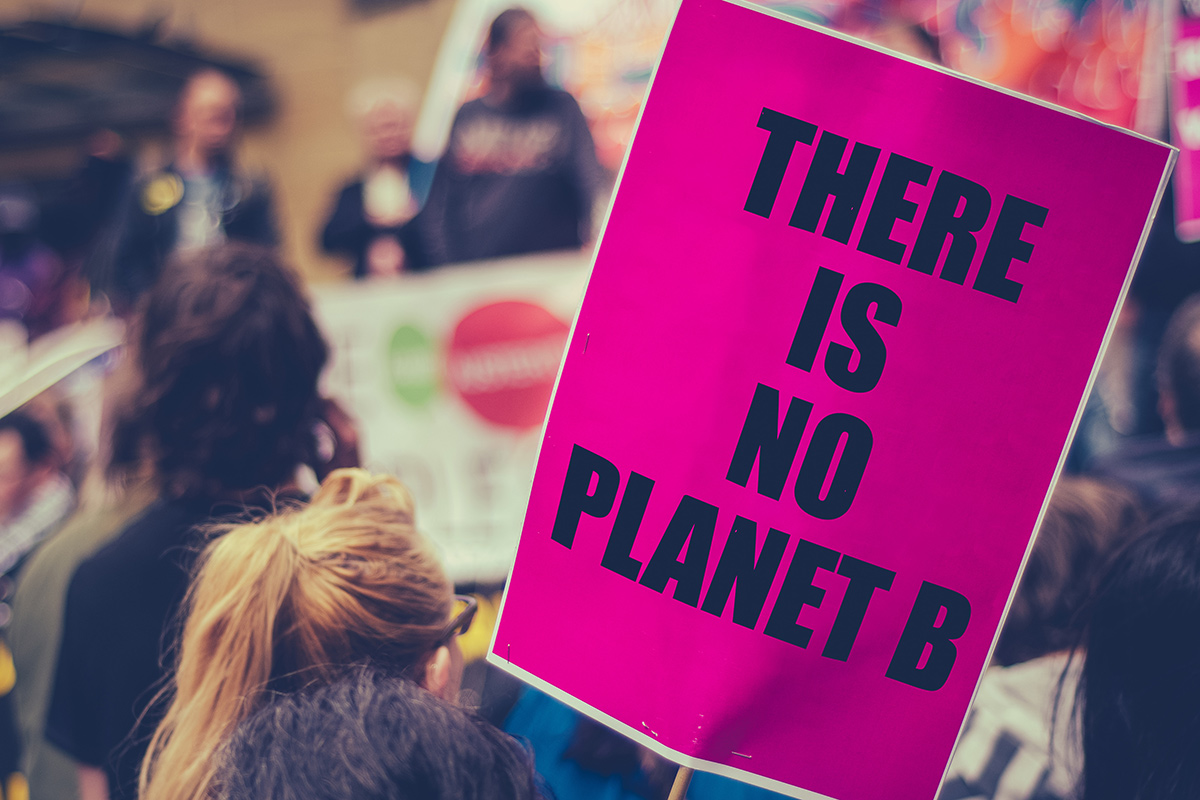 The newly published Image Reports 2019 Widthwise survey does suggest that printers are reflecting on environmental matters. Are you one of them - and is your view impacting your business as well as the world around you?

One million species on this planet are threatened with extinction - and we are entirely to blame. That is the damning conclusion of a new report published by the United Nations and compiled by the august-sounding Intergovernmental Science-Policy Platform on Biodiversity and Ecosystem Services.

Although the bombshell generated headlines across the world, Donald Trump probably still believes that climate change is “fake news” - strangely, he has never explained why anyone would want to make this stuff up, let alone who is doing so. (One of his advisers, Thomas Pyle, president of the American Energy Alliance, has a slightly more enlightened view: he agrees that yes, the climate is probably changing but we’re not sure why and we don’t really know what it means.)

At the other extreme are the activists of Extinction Rebellion whose protests across Britain garnered a surprising degree of public sympathy of the “Well, somebody has to stand up and be counted” variety. And then there are those people who prefer not to think about climate change at all, rather like the characters in Crowded House’s signature song Don’t Dream It’s Over: “And the paper today talks of war and of waste, so we turn right over to the TV page”.

To be fair, that kind of indifference isn’t confined to members of the general public. The environmental findings of the newly published 2019 Image Reports Widthwise survey confirm that, as in previous years, a minority of PSPs and print buyers continue just to ignore the whole thing.

Almost one in three wide-format print companies surveyed said they saw no need to provide environmentally friendly print options, with 56.3% saying that only a few clients ever ask about the issue and 38.1% reporting that they are never asked.

Customer concern is going to vary according to the size of their business, whether they are consumer-facing and/or publicly quoted, but it does seem that, if anything, buyers are lagging behind printers (63.6% of whom have environmental accreditation, a big increase compared to previous years). You only have to remember the unedifying scramble by global fast-moving consumer goods companies to use less plastic last year, in the light of David Attenborough’s vocal campaigning through his TV series ‘The Blue Planet II’ to understand how risky this approach is.

There are two compelling reasons why buyers and printers should be doing more. First, taking a broad, long-term view, by doing more companies could - according to 97% of the world’s climate scientists polled by Gallup - save the planet. Second, taking a much narrower perspective, it’s about risk management for - and protecting the reputation of - your business. Which customer or print service provider wants to be confronted with the moral authority of Attenborough?

That might sound unlikely but there are many other less dramatic ways, buyers and printers can unexpectedly and suddenly find their environmental practices in the spotlight. In the courtroom of world opinion, with trust in business almost as low as our faith in politicians, where outrage can be fanned by emotive posts on social media, judgements on such matters are rendered instantly - often before companies have time to defend themselves or clarify misleading claims about their operations. (A recent MIT study confirmed this: after tracking 126,000 stories spread on Twitter over 11 years, they concluded that ‘fake’ news travelled six times faster across the internet than true stories.)

The 2019 Widthwise survey does suggest that printers are reflecting on environmental matters: 32.4% plan to measure and reduce their carbon footprint, while others are looking to reduce or recycle waste, cut their energy consumption and look to increase their use of recyclable materials. Perhaps most encouragingly, just over one in seven print service providers say they consider the environmental impact of their purchasing decisions.

So now might well be a good time to take a long, hard look at your print operation and ask yourself: what would Extinction Rebellion activists think if we invited them in to see the way we work? The answer might be uncomfortable but it’s got to be more constructive than speculating about Brexit. And forewarned is forearmed.