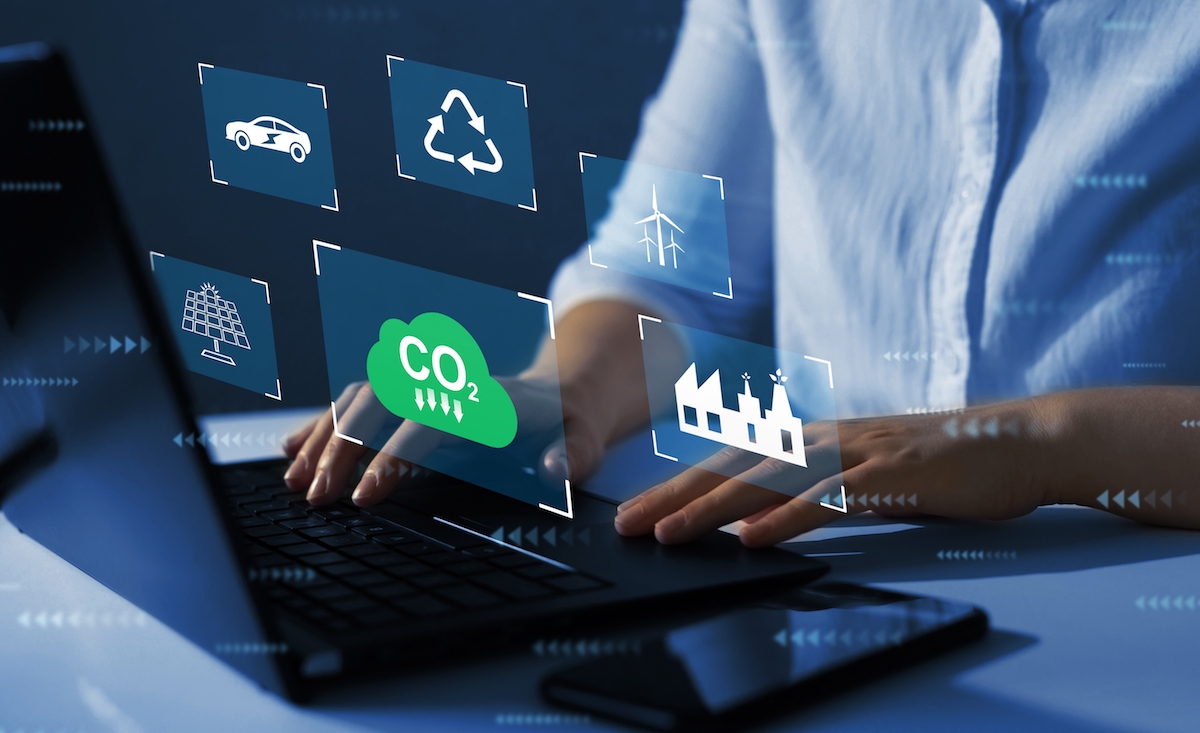 CarbonQuota and Tharstern have collaborated to create a tool that allows you to provide instant carbon footprints on every quote and invoice - automatically - using your own in-house data. It’s a milestone development. Here’s why.

“Carbon accounting is becoming as mainstream as cost accounting, and we’re now entering an era when it’s as normal to ask about the environmental footprint of goods or services as it is price.” So says Dominic Harris, co-founder of CarbonQuota, which has teamed up with MIS provider Tharstern to introduce a tool that delivers instant carbon footprints on every quote and invoice (produced by the Tharstern MIS) as well as carbon offsetting costs or Carbon Neutral certification that the end client can choose to add to their order.

“With many of the world’s organisations making pledges to be Net Zero, the need for scientific measurement and detailed reporting of packaging and print is often a pre-requisite for doing business with these organisations. So, print service providers that want to be included in these supply chains will have to be able to provide details of their own carbon footprint,” stresses Harris.

“Historically, print businesses often only looked at the carbon footprint of paper/media, which accounted for about half of the total carbon footprint of the job, so we were determined that our calculations not only measured that but also included other consumables, production, transport, postage, outwork, fulfilment and end-of-life, as that truly reflects the total lifecycle environmental impact of a job.”

The very first user of this new integration is Gecko, a direct marketing agency based in Leeds. The company has already achieved ISO accreditation ISO14001, ISO9001 and ISO27001, as well as being FSC certified, but it was keen to take its eco responsibilities and reporting capabilities a step further.
“We’re hearing more and more about the importance of reducing our carbon impact, and at Gecko we wanted to do the right thing and be part of the solution,” says Chris Bottomley, managing director at Gecko. “So we decided to offer our clients the opportunity to not only calculate the carbon footprint of their jobs, but give them the chance to offset it too.”

The partnership started last year, when Bottomley was chatting to a fellow business owner about their upcoming call with CarbonQuota. “I decided to join the call and listen to what it was all about and I was intrigued by what they were saying,” he outlines. “So I asked CarbonQuota to calculate the footprint of two jobs we had just produced for a key client in the insurance sector. The results of that were a real eyeopener and led to the idea off adding the carbon footprint calculation to our quote letters, along with optional costs for offsetting it.”

After speaking to CarbonQuota and Tharstern about his idea, the two companies bought into Bottomley’s vision, and started work on the integration.
The first step in the project was for CarbonQuota to carry out a carbon footprint assessment of Gecko’s operation, which took a few weeks. The data from this study was included in CarbonQuota’s database and algorithms so they were able to work out the carbon footprint of every single process within Gecko’s operation, which in turn were loaded into Gecko’s Tharstern system.

This enables CarbonQuota to calculate and apply unique ‘carbon emissions factors’ to every single substrate, consumable, production process and distribution stage, as well as an assessment of the carbon impact at the end-of-life of each job.

Gecko can now use its MIS to show clients the carbon footprint of each job, offer lower carbon alternatives, and give them the chance to offset the carbon impact of that job. In fact, the offsetting can be done to the PAS2060 Carbon Neutral standard, which is governed in line with the latest Net Zero protocols.
“The project at Gecko shows that carbon footprinting for the packaging and print sector can be automated and science based,” says Lee Ward, CRO at Tharstern. “Once the assessment has been carried out by CarbonQuota and the carbon tool in Tharstern is configured, our users just continue to use Tharstern in the same way - nothing changes other than the new addition to each quote and the ability to report on the company’s carbon footprint as a whole. It saves a huge amount of time and opens up superior levels of carbon measurement for our customers.”

Ward emphasises that “the carbon impact of the manufacturing sector is under enormous scrutiny right now and the print industry has a rare opportunity to demonstrate leadership in sustainability and shows the wider sector how it should be done. This solution ticks all the boxes of even the toughest customers!”.