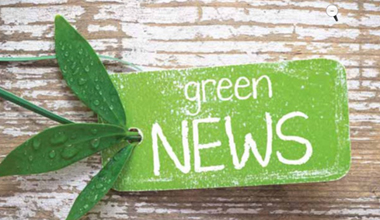 Environmental consultant Clare Taylor brings you up to speed on environmental standards, systems and schemes.

This year has seen a number of new environmental initiatives, as well as changes to familiar standards, systems and schemes. They affect a wide range of activities: clothing and textiles, paper and packaging, management systems and reporting. Here are some of the most noteworthy.

The Courtauld Commitment launched Phase 3 in May this year. The Commitment is a voluntary agreement for the grocery sector managed by WRAP, the Waste Reduction and Resources Action Programme. This phase runs for three years, with targets to reduce household and food waste by 5% from a 2012 baseline.

Packaging targets within this are to reduce “traditional grocery ingredient, product and packaging waste” in the supply chain by 3%, and to improve packaging design, increasing recycled content and recyclability, while maintaining the 2012 carbon emissions.

Product protection is an important part of the programme. Recent WRAP research into food packaging and its role in preventing waste came up with some very interesting findings, published in March this year. ‘Consumer attitudes to food waste and packaging’ states that 81% believe packaging to be a major environmental impact and 57% think it is wasteful and unnecessary – researchers found very little awareness of packaging’s role in keeping food fresh at home. Nearly two-thirds of consumers take their food out of the packaging and ignore storage guidelines – for example, removing apples from the bag they are packed in, when storing them inside it in the fridge keeps them fresh for up to two weeks longer. Only 22% read the storage guidance on the pack.

Given the high proportion of household food waste resulting from food not being used in time - 66% - we are likely to see a lot of POS materials raising awareness of the importance of packaging, and of reading the guidelines, coming through as well as clearer, more noticeable instructions on the packaging itself.

Illegal logging causes many problems, from undermining responsible, legal operations and damaging local economies and tax revenues to being a cause of physical harm to local people and their environment. The EU Timber Regulation (EUTR) was developed to stop Europe from being a market for illegally logged timber and timber, and came into force in March this year – Image Reports published a feature about it in April. Its requirements have been addressed by changes to chain of custody standards from both FSC and PEFC.

PEFC published their revised Chain of Custody standard in May, having updated it to align with the Regulation, and a guidance document is available this autumn. In the interim, there is plenty of information available on their website. The transition period is until 24 February 2014.

FSC has published a guidance document explaining how FSC chain of custody can be used as part of the due diligence requirements and introduced a number of other documents to support EUTR and other timber laws. Certified suppliers are now obliged, on request, to provide those further down the chain with information about tree species and origin, and a memorandum explains to them why the information is required.

FSC is also launching an Online Claims Platform (OCP), expected to assist with EUTR due diligence, which will record all claims. Chain of custody certified purchases will need to be logged, using the platform, so they can be verified. A website has been set up with a demonstration of how it works, supported by FAQs, a recorded webinar and demo version of the platform.

The OCP was in beta at the time of writing, with a draft revised chain of custody standard to be released; the OCP is schedule to go live this month (October 2013), to be included in the revised standard from January 2014 and full use of it expected in surveillance audits from January 2015.

To add to the mix, a proposal for an ISO standard for chain of custody standard for forest-based products has been put forward to ISO. The balloting for this has closed, but at the time of writing the result not yet announced.

Back in March, Image Reports wrote about the Higgs Index for sustainable apparel. A UK initiative has since been launched, managed again by WRAP: the Sustainable Clothing Action Plan and the SCAP 2020 commitment. The aims include reducing the environmental footprint of clothing, increasing re-use and recycling and keeping clothes out of landfill, and 22 companies have signed up so far, representing over a third of UK clothing sales.

Clothing was, along with packaging, one of the key opportunity areas highlighted in the latest Ellen MacArthur Foundation report ‘Towards the Circular Economy 2’, which looks at the consumer goods sector.

ISO 14001 is one of the standards currently being revised. In addition to the new structure, the revised standard is expected to have more focus on management commitment and leadership, a more strategic approach to environmental management, more consideration of an organisation’s value chain, both upstream and downstream, and more emphasis on legal compliance and performance improvement, with the use of performance indicators. The revised standard is at Committee Draft (CD) stage and not publicly available, as it still may change considerably; the publicly available draft is expected in May next year and publication of the final standard in May/June 2015.

Other relevant management system standards at key revision stages at the moment are ISO 9001, for which, unusually, the Committee Draft has been publicly released. Publication of this standard is expected at the end of 2015. ISO 27001 is closer, being currently at FDIS (Final Draft International Standard) at the time of writing and publication expected in October. OHSAS 18001 is to be transformed to an ISO standard and so will also follow the common structure: it’s expected in late 2016 or early 2017.

For those involved in product carbon footprinting, there is now an abundance of tools and standards. In addition to PAS 2050:2011 ‘Specification for the assessment of the life cycle greenhouse gas emissions of goods and services’ and the GHG Protocol ‘Product Life Cycle Accounting and Reporting Standard’ there are two recently published additions: ISO/TS 14067:2013 ‘Greenhouse gases - Carbon footprint of products - Requirements and guidelines for quantification and communication’ (a technical specification) and ISO 16759:2013 ‘Graphic technology - Quantification and communication for calculating the carbon footprint of print media products’.

News in the reporting and environmental claims arena this year includes a legal requirement for listed companies to include Scope 1 and 2 greenhouse gas emissions in annual financial reports for reporting years ending on or after 30 September this year. There is also a proposed introduction by the Carbon Trust this year of a Waste Standard to add to their current array of the Carbon Trust Water Standard and the original Carbon Trust Standard for CO2.

All in all, the movement is towards an increasing expectation for companies to be transparent about their activities, and for supply chains to be considered as part of their responsibility and, in many case, reporting.