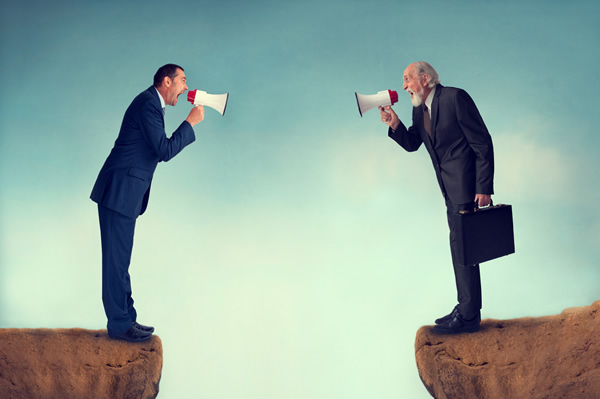 Two Sides is doing a great job at distributing the environmental facts about print. But Digital media is still getting away with too much when it comes to the sustainability argument. Could that be changing?

Does an iPhone use more energy than your fridge? Mark Mills, CEO of Digital Power, made that claim in a study about Cloud computing two years ago, sparking a furious online debate. American think tank, the Breakthrough Institute, crunched the numbers and concluded that a typical iPhone consumed 388kWh of energy a year whereas some household refrigerators used as little as 322kWh.

As you might expect, such claims have been hotly contested: critics accused Mills of assuming heavy smartphone use and suggested there were just two many unquantifiables - including the level of data usage and the quality of WiFi connections - to make such definitive claims. Yet the furore did make one serious point: whereas the environmental impact of print has been relentlessly scrutinised, the information technology industry has - apart from the odd broadside from bodies such as Greenpeace - been given a much freer ride on this issue.

The mere fact that the manufacture of smartphones, tablets and laptops does not involve felling trees has blinded many to the IT industry’s growing carbon footprint.
Printers with ISO14000 accreditation can share with a customer the CO2 emissions generated by every stage of the process from the raw materials, through the print process right up to delivery to the customer. Many print companies aim to be carbon neutral or focusing on growing their business without increasing their emissions. Such care and ambition has not stopped the digerati sneering about ‘dead tree media’. The irony here being that the evidence suggests that information technology emits twice as much CO2 as print. Greenpeace estimates that IT is responsible for 2% of all global carbon emissions, which puts it roughly on a par with aviation. (Just to give you some examples of the internet’s environmental impact: the amount of CO2 emitted by spam emails is the same as you’d get if you drove 1.6 million cars around the earth.) And IT is growing far faster than print or the airline business.

This is not to say there has been no progress. Apple estimates that an iPhone 6 will, over its lifetime, emit the equivalent of 95kg of CO2: 85% of this will be generated by production. Solar power is now used in manufacturing these devices and two toxic chemicals - benzene and n-hexane - were not used in the final assembly as they had been in preceding models. The retail packaging for the latest iPhone is 20% lighter and consumes 34% less volume than that used for the first generation model. The USB power adapter for iPhone 6 also beats the Energy Star standard for energy efficiency, which means it uses at least 30% less energy than US federal standards.

Apple, like Facebook, Google and Yahoo, have invested billions in renewable energy. They need to: one Cloud data centre can use as much power as 150,000 homes. Amazon and Twitter have been less forthcoming about the way they generate their energy. Amazon disputed Greenpeace’s recent energy audit of its web services, while declining to share its data and the assumptions behind them. Twitter has said little about its plans beyond a boilerplate statement that it “believes strongly in energy efficiency and optimization of resources for minimal environmental impact.”

Given the magnitude of the challenge, that kind of rhetoric simply isn’t good enough. The number of people online is expected to grow by 60% over the next five years. By 2017, we will probably be using three times as much data as we were in 2012. Data centres actually use less energy than WiFi networks delivering cloud services. Australia’s Centre for Energy Efficient Telecommunications estimates that the wireless cloud will emit 30 megatonnes of CO2 this year, five times as much as in 2012.

The IT industry is lucky in one respect: none of these impacts are as visually striking – or emotively effective – as illegally chopping down trees in the Amazon. Even though print doesn’t actually contribute to deforestation in Brazil – 80% of which is driven by agriculture and agricultural commodities – the image has not lost all its propaganda value. Yet as a US senator once observed, everyone is entitled to their own opinions, but not to their own facts. And the fact is that IT is doing more harm to the environment than print – and that, unless it seriously changes its way, it will do much more harm in the years to come.