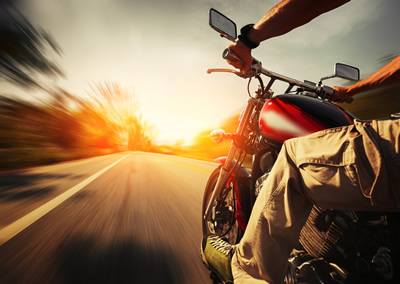 Kevin Bray of K J Bray and Associates is the new environmental consultant to the Fespa UK Association. Here he asks if you should be delving deeper into rules and regulations governing the kit you discard.

It has become clear to me over the past few years that there are many in our industry who, perhaps through oversight, and hopefully only through oversight, do not comply with all so-called ‘Producer Responsibility’ legislation. From the outside, many of these regulations can seem somewhat esoteric and arcane, so non-compliance is often not entirely deliberate, but happens because it is easier to see them as someone else’s problem or responsibility. But it’s not.

It is true that those who enforce these types of regulations, mainly the Environment Agency and National Measurement and Regulation Office (NMRO), have been the subject of, often swingeing, government funding cuts recently; this has left them in a financial situation where they can only react to incidents rather than proactively audit compliance. Indeed, you sometimes wonder if these regulators know what they are responsible for; for example the NMRO is responsible for the enforcement of the distributor aspects of the Waste Electrical and Electronic Equipment (WEEE) Regulations, yet there is no mention of this in its 2015-16 Corporate Plan! So it is easy to avoid the costs associated with registration if you want to.

As largely end-users of products, most printers will not have many (or any) obligations under these regulations (Packaging Waste, WEEE, Waste Batteries & Accumulators), but there are exceptions and they are worth further inspection.

For example, if you package your print products, then you are obligated under the Packaging Waste Regulations if you use more than 50 tonnes of packaging materials per annum (this includes transport packaging such as pallets). Clearly this will apply only to the largest printers, but it is surprising how quickly packaging use can mount up, so it is worthwhile calculating your usage every now and again.

Of the three regulations mentioned above, it is probably the WEEE Regulations that present the most issues for end-users, so it is worthwhile examining these a little more closely from that viewpoint.

If, for example, you are discarding equipment that was bought before 13 August 2005 and are not replacing it, then you are responsible for financing and arranging treatment (including recycling, recovery and disposal) in accordance with the WEEE Regulations and existing waste management legislation, including the Duty of Care and the Hazardous Waste Regulations.

If you bought EEE after 13 August 2005, then the producer of that equipment is responsible for its collection, treatment and recycling when you dispose of it, unless you have entered into a contractual arrangement with your supplier transferring this responsibility to you. Do you know if your purchasing contract has this arrangement? It would be tempting for a supplier to include this in the “small print” somewhere!

If you are buying EEE from a distributor or other intermediary rather than the producer (who can be a manufacturer, importer or re-brander) make sure that you obtain the producer registration number for the equipment being supplied. By having that, you know who to contact to arrange for the recycling or disposal of the equipment at the end of its life. Suppliers of EEE should always be able to provide the number on behalf of producers; this applies even for products supplied by ‘distance selling’ such as over the internet.

As mentioned above, there are many suppliers of EEE in this industry that are not registered as producers under the WEEE regulations. There may be good reasons for this, or it may be they have deliberately chosen to be ‘free-Riders’. As an end-user, you have no obligations to check that they are registered (though it is quite easy to do this on the Environment Agency website), so it is up to you to decide whether or not you want to ride with the free-riders.