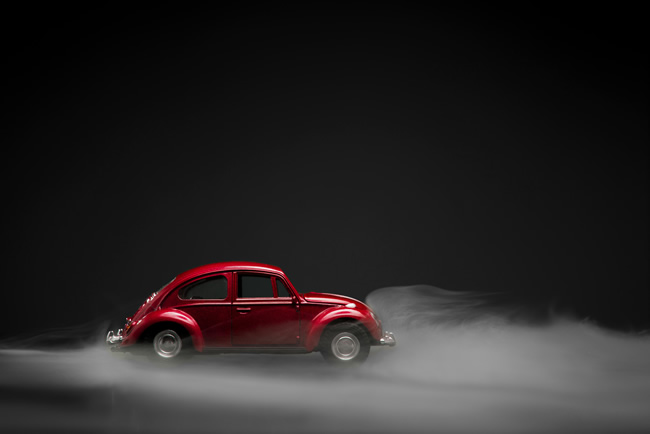 VW’s troubles may look like a one-of-a-kind disaster but, Walter Hale suggests, there’s a lesson there for every print business.

It’s too easy to see the VW affair as a plain and simple corporate fraud. Yet as Gregory Unruh, a professor at George Mason University in Virginia - one of the world’s leading authorities on sustainability says, the reason that the car maker cheated should make every business leader stop and think: “The underlying cause was that VW’s chosen technology, the diesel engine, failed to meet 21st century sustainability standards in key markets.” As he puts it, “VW is discovering a stark, Darwinian reality: sustainability kills.”

The VW scandal didn’t start with a clever software engineer figuring out a way to circumvent regulations on emissions. It really began when the world’s largest car-maker picked the wrong technology. When regulators changed the definition of a “sustainable automobile” back in 2008, the industry - on the verge of bankruptcy and reliant on government support - was in no position to argue: the likes of Ford, GM, Honda and Toyota invested in hybrid-electric technology. VW didn’t, preferring to pursue something called ‘clean diesel’, a decision that will ultimately cost the company untold billions.

There are some obvious lessons to be drawn for every company, particularly print service providers. The first is to think long and hard about the technology you use, how green it is and, just as importantly, how green it will look in a few years time. Bear in mind that regulations are only heading in one direction – they will become more onerous – and the same can be said for your customers’ expectations of sustainability, which will only rise.

Unruh recalls discussing sustainability with a European conglomerate a few years ago. Managers there were diligently striving to reduce the chemical concentrations in their particleboard at the behest of Ikea. They made progress - every year they reported percentage reductions in chemical use - but it was never enough. As Unruh says “They were looking for a magic bullet that could save their formulation.” It never appeared. Their customers’ changing definitions of sustainability meant their product was doomed.

The alternative solution, which VW chose, was to indulge in a kind of greenwash. This wasn’t a serious option for the conglomerate - and nor is it for any responsible printing business dealing with large corporations, especially publicly listed ones that have to report on their carbon footprint to stakeholders who, post-VW, will be inclined to subject such information to ever more sceptical scrutiny. If you want to get a sense of the kind of standards large companies are looking to impose on their suppliers, you could do worse than check out Ikea’s Iway standard on its website.

With most companies in the wide-format industry looking to write off significant new investments in capital expenditure over three to five years, factoring changing definitions of sustainability into your investment plans is critical. You don’t want your expensive new technology to fall victim to the kind of Darwinian selection that VW is now suffering from.

So you could argue that there are four big, but simple, lessons print can take from VW.

1) Make sure you’re investing in the right technology and using the right materials - the more sustainable the better.

2) If your existing technology isn’t that eco-friendly, don’t lie to your customers about it. And replace it when you can. As VW’s experience shows, it only takes one mistake to damage the entire company’s reputation. You don’t want to be mired in your own equivalent of the ‘clean diesel’ debacle. And remember that for your customers, an order isn’t just a transaction. It has to reflect their identity as an organisation. And if you compromise that, they will not forgive you. 3) Remember that standards of sustainability are not fixed in stone. Have someone in your business keep a weather eye on regulation - or talk to industry bodies about the issue - so you’re less likely to have to do what VW did.

4) Don’t kid yourself. Diesel technology was the more convenient technology for VW but, ultimately, the wrong one. Management then compounded the error by deluding itself, regulators and consumers as to how clean and green its vehicles were. It now has to make them greener and rebuild consumer trust, which is likely to be arduous and expensive. The sustainable solution often comes with a hefty price tag upfront, but it could prove more economic in the long run.