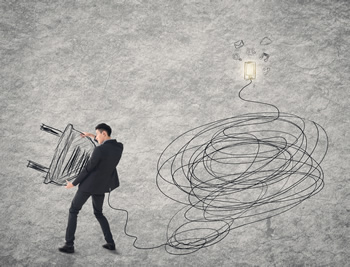 Should you bother switching energy provider? Yes, you should. And the FSB has a new service to help you.

Towards the end of 2015 the Federation of Small Businesses (FSB) launched a service that could reduce the average businesses’ annual energy bills by nearly a quarter. At the same time it said it would be promoting the benefits to smaller businesses of introducing energy efficiency measures. Given that the Department of Energy and Climate Change (DECC) estimates that the average SME could reduce its energy bill by 18 - 25% by taking energy efficiency measures - with an average payback of less than 1.5 years - that’s advice worth taking on board.


Research carried out among 1,077 FSB members last year showed that that 90% of businesses want to be energy efficient, and happily 58% of those surveyed have already made changes to improve their energy efficiency. The most widely reported energy efficiency measures already taken were: the installation of more efficient lights, lamps and bulbs (40%); the introduction of switch off/turn down policies (23%); and improved insulation (23%). But, the survey also showed there remain major obstacles. For instance, 45% of companies identified operating from leased or rented premises as one of the biggest obstacles preventing them from becoming truly energy efficient. Other barriers identified included a lack of concern around energy costs (45%) and a lack of capital for energy efficiency investment (29%).

According to the FSB’s research, 70% of businesses find it difficult to compare energy tariffs and 43% have never switched energy supplier. It hopes the new FSM Energy service - that helps businesses find competitive rates for utilities, learn how much they could save by switching providers, and assist with providing new contracts - will help cut bills as well as help the environment.

The FSB Energy service is part of the federation’s response to the Competition and Markets Authority’s investigation into energy markets, which revealed that UK SMEs pay up to £500m more than they would be if competition were working effectively. It will be run on behalf of FSB by business cost saving champion Make it Cheaper, which has been around since 2007. Its supplier panel includes all of the Big 6 and 28 of the UK’s smaller domestic and non-domestic energy companies.

FSB Energy will take care of all the paperwork involved in switching - such as terminating existing contracts. And the service reminds users when their fixed price periods end to make sure they never ‘default’ on to more expensive rates, a significant problem for SMEs. Indeed, the CMA has voiced concern that 45% per cent of SMEs have been placed on a default tariff (one that has not been actively negotiated) which can be more than twice as expensive as a negotiated tariff.

Dave Stallon, operations director at the FSB, says: “Energy is an increasingly important issue for smaller businesses. There are many ways they can make substantial savings through the implementation of energy efficiency measures as well as ensuring they get the best tariff they can on their gas and electricity. Many smaller businesses, however, either don’t believe they can make substantial savings or haven’t trusted the market and the system enough to engage in the process.

“Our new service is designed to give smaller business owners easy to use advice they can trust, to enable them to make savings with the minimum of fuss. We are also very actively engaged with the CMA to improve the energy market for smaller businesses and are offering resources and advice on energy efficiency. In combination, we are confident that our initiatives can help to make a significant difference to smaller businesses’ energy bills.”