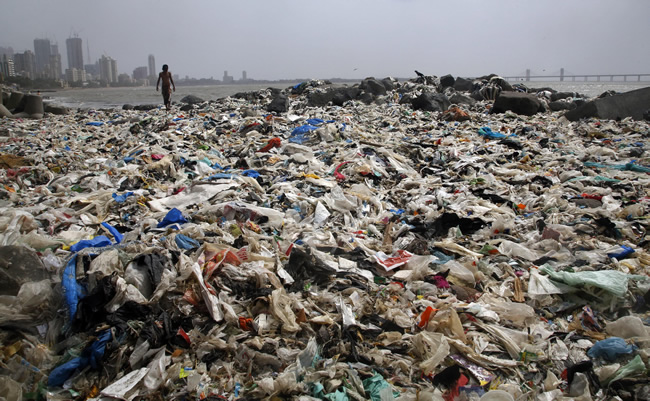 “The West has reached the age of ‘peak stuff’.” That remark by Steve Howard, chief sustainability officer at IKEA, has been much quoted and often misinterpreted.

What Howard meant, as he explained in an interview with America’s National Public Radio, is that “If you take the total material impact of society in the West, it’s just about peaked.” Sales of oil, sugar, beef and cars - and possibly even furnishings - Howard suggested, have peaked - or will soon do so - and customers are so worried about how to dispose of their possessions they’re looking for a secondary market for them.

The idea that something can be bought, used and returned to the original supplier is not new. Known as the circular economy, it has been practiced by Ricoh since the early 1990s. Imagine that your wide-format printer was designed so that, when you wanted to replace it, you could just hand it back to the supplier and they would take it, break it up and put its constituent parts to good use.

Ricoh’s approach to the circular economy can be usefully broken down into six stages: think, choose, make, deliver, use and return. At design stage, the entire lifecycle of a printer-copier - and the resources it uses - is considered to find ways to minimise the machine’s carbon footprint. Risky or environmentally unfriendly raw materials are, wherever possible, replaced by greener alternatives, such as plant-based biomass. Suppliers help Ricoh sustainably source and manage materials.

In manufacture, the machines are kept as small and light as possible and made up of parts with longer lifecycles. Each product is designed to be easy to dismantle, facilitating recycling, to be as efficient as possible and to use toner that is simple to remove. The products are then shipped in reusable eco-packaging and, wherever possible, delivered to their destination in hybrid or gas-powered vehicles.

Most customers rent, rather than buy, Ricoh products so the company retains responsibility for their maintenance and advises on how best to use the kit in an eco-friendly manner. When the product no longer works as it should, Ricoh tries to repair it. If it can’t be repaired, it is recycled. Typically, the ratio of used in parts is producing recycled copiers is 80% by weight. Parts are only discarded if they can no longer be used or recycled in a sustainable way. Ricoh estimates that this emits 93% less carbon dioxide than making the original machine. Sometimes, the returned products are remanufactured as part of the company’s GreenLine range, which has been audited and certified by the British Standards Institute.

With this approach, Ricoh has been able to set aggressive - but attainable - targets to reduce its use of new resources in product manufacture. By 2050, it aims to have 87.5% less of an environmental impact than it did in 2005 and says it is already halfway towards this goal. This is impressive but the company is frustrated that it cannot do more. Sustainability isn’t always the cheapest option and the company says that many procurement processes, particularly in government, will give 5% of the overall score to sustainability and 50% to price.

Despite this, the circular economy movement is gaining momentum. In part, it’s what companies like high street chain CSX (which buys, sells and trades video games and DVDs) have been doing for years. Gamestop, the world’s leading specialist games retailer, has a factory that refurbishes games, consoles, and Android and iOS smartphones. Other companies are experimenting - or applying - similar principles to everything from jeans, construction machinery components and toasters to carpet titles, plastics and LED lighting. At Davos 2016, the World Economic Forum published a report on the design and management of circularity in the supply chain. The review wasn’t groundbreaking but it did provide a useful checklist of what suppliers and print service providers could do to extend the product lifecycle of this material - and, by extension, other materials.

The circular economy is not a fad. With the world’s population forecast to reach nine billion by 2030, including three billion new middle class consumers, there will be unprecedented pressure on natural resources to meet future consumer demand. The circular economy is effectively an effort to redesign this future so that industrial systems are restorative and regenerative by design. It won’t, in itself, solve the world’s environmental crisis but it could be a significant help.