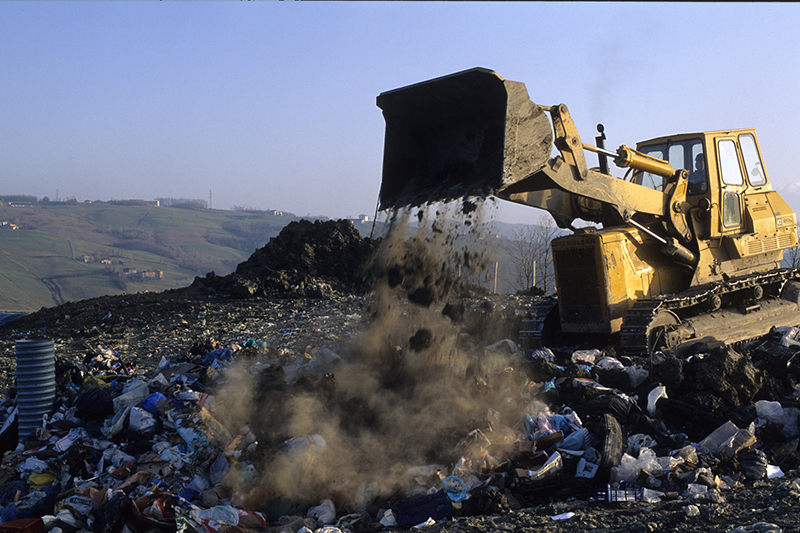 Environmental concerns languish at the bottom of many a wide-format print company’s ‘must do’ list. But some are being extremely proactive. Could you learn a thing or two from Cestrian’s approach?

OK, Cestrian is not you average large-format PSP. But size isn’t everything. Plenty of what this large-scale operation is doing to ‘green’ its credentials could apply to smaller businesses. So with many a print customer - especially those in retail - likely to demand a more environmentally-friendly supply chain in 2017 and beyond, here’s an in depth look at how Cestrian is doing things.

First up, note that Cestrian has been taking steps to become environmentally conscientious for a number of years via a focus on the three Rs - reduce, recycle and reuse. The upshot is that the company is now ISO 14001, EMAS and Carbon Smart accredited. The intention is to continually improve, because as sales director Brendan Cowey points out: “Many of our customers now have strict environmental and ethical targets that they must hit as part of their corporate responsibilities.”

Managing director Phill Reynolds explains: “Many years ago we became very conscious of how much unfriendly PVC material we were using. Listening to our customers, we searched for alternative materials, which could be used instead of PVC. If we couldn’t find an alternative, which was cost effective, we developed our own. This attitude has been vital to our success and our environmental certifications. When we began the process of the ISO 9001 and ISO 14001 certificates, we discovered we were already following these practices which then enabled us to achieve EMAS accreditation.

“The environment we work in is very important to Cestrian’s core values, so we aim to educate our customers on the best solutions for their needs taking into account environmental responsibilities. Our pioneering development in dye-sublimation fabrics for instance has helped many of our customers convert to fully recyclable graphics from one-off prints to European-wide store roll outs.

“With the introduction of machines such as the Regianni Renoir (the first in the UK), we can now produce materials faster and more efficiently than before, which is helping to reduce the amount of waste we produce by using the printer more efficiently and reducing the amount of energy we use by mothballing three other digital printers. The net gain from the introduction of this machine will be analysed in more detail during our next EMAS report where we are confident to have made some substantial savings in energy use.”

So how else does Cestrian reduce its environmental impact? For a start, it groups together as many jobs as possible that are to be printed on the same material. Plus, it has strong relationships with suppliers, enabling it to request bespoke material sizes, which in turn allows it to plan jobs to run with minimal wastage. The company also orders some stock items in bulk on jumbo rolls. It then re-reels these to roll lengths that suit the jobs being run – again a waste saving operation. While on the face of it a rigorous machine maintenance programme has little to do with material savings it too allows Cestrian to minimise wastage due to poor print quality.

Early in 2016 Cestrian carried out a review of its waste management and realised that it could not only reduce the amount it was sending to landfill, but also increase revenue from all its waste streams. It sought to improve its returns from valuable waste - such as paper, card, polyethylene (PE) and polypropylene (PP) - and soon realised that it could increase this income to help offset the general waste it still produced. It hired three balers on top of the two it already operated and continued to keep waste streams separate to try and generate maximum returns.

Over the last year the company looked at several ways to utilise its waste and recycle what it generated into new products. In June last year it went into partnership with a waste management company and found a way to recycle all of its woven PE into benches, plant pots, plastic board etc. with Hahn’s, a German plastics company with a distribution arm in Swinton, Manchester.

In 2015 and early 2016 the company generated £3 income per ton of paper and card it produced (although it was not charged for transport costs). In 2017 it expects to generate up to £75 per ton for card, upwards of £120 per ton for paper, and similarly process for PE and PP. One substrate in particular - the woven PE - has seen a turnaround. Cestrian was paying £55 per ton to dispose of it and now it receives £10 per ton for its disposal!

Cestrian has held ISO 14001 accreditation since 2011 and is due to upgrade to the 2015 standard, maintaining its certification with PMVC.

It is also proud to be part of the voluntary initiative EMAS (Eco Management Audit Scheme), a way of showing its commitment to going beyond minimum legal compliance and to continuously improving its environmental performance.

“For our customers, it means that they can rest assured that we are genuinely environmentally conscious. It’s the only truly transparent, independently verified certification of environmental consciousness and commitment. Our EMAS certification guarantees that our customers’ projects will meet the highest possible standards of corporate social responsibility with regards to the environment,” says Reynolds.

Cestrian is also Carbon Smart (Silver) accredited, which means taking an intelligent and flexible approach to reducing its carbon footprint. “Our Carbon Smart Certification demonstrates the practical actions we have taken to actively reduce our environmental impact. It clearly demonstrates our commitment to customers, staff and suppliers. Just like recycling, the Carbon Smart Certification makes improving our environmental performance part of the everyday running of our business,” adds Reynolds.

In 2014 the company generated 1,127.9 tons of carbon dioxide. In 2015 that was reduced by 6% with the introduction of two new Vuteks. For the 2016 reporting period a further drop in emissions was expected with the installation of the Regianni machine and almost zero landfill. The focus is for company to attain gold status in 2017.

In the name of transparency, Cestrian’s EMAS and Carbon Smart reports are on its website for its stakeholders to view. Its monthly recycling results are published there too and promoted on its LinkedIn and Twitter pages.

Of course all this headway requires money, time and effort. Cestrian has a ‘HSQE Action Team’ that comprises a broad spectrum of employees from across the business. Involved at a roots level, the team takes special responsibilities for setting and helping to achieve its yearly environmental objectives. In 2017 that will include better energy efficient lighting, better heat management and better energy management for our printers and associated processes.