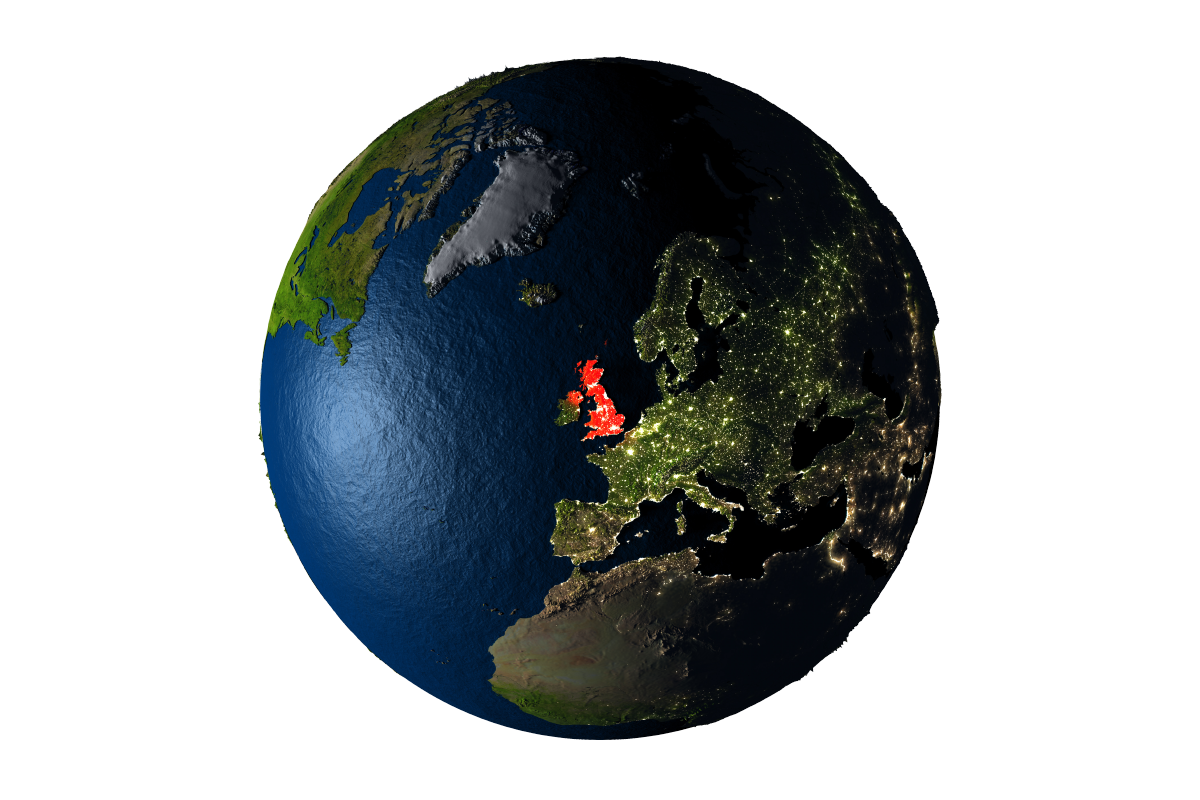 Is the UK large-format print sector lagging behind when it comes to environmental responsibility? Market data suggests that’s the case as Walter Hale explains.

The average concentration of carbon dioxide in Earth’s atmosphere topped 410 parts per million in April 2018. Measurements from Hawaii’s Mauna Loa Observatory show that the CO2 level is now higher than at anytime in the past 800,000 years. For the record, homo sapiens have lived on this planet for 200,000 years.

You don’t need to be a climatologist to instinctively feel that is not good news. Tech futurist Michael K. Spencer explains just how grim the rise in CO2 could become: “The last time this occurred was likely in the Pliocene era, 2 million - 4.6 million years ago, when sea levels were 60 - 80 feet higher than they are today. It could also have occurred in the Miocene era, 10 million - 14 million years ago, when seas were 100 feet higher than now.” No wonder Spencer concludes: “As humans, we are pioneers, we’re also destroyers. The destroyer of worlds? We’ll find out one day - if we’re not extinct before that happens.”

This is the kind of doomsday scenario that brought the environmental issue to the fore a decade ago and prompted businesses as diverse as Unilever, McDonalds, Marks & Spencer and Pepsi to publish ambitious plans to reduce their carbon footprint. Public concern has waxed and waned since, in part, because our brains cannot easily compute what climatologists are telling us. Only when the threat becomes specific and vivid - as it did with the revelation that plastic waste has been found in the Mariana trench, the deepest part of the oceans - is public interest reignited.

The inconsistency in attitude is reflected in two recent surveys: the Image Reports Widthwise Report (which accompanies this issue) and Fespa’s latest Print Census. Seven out of ten British print service providers told Widthwise that clients had never asked them about their environmental accreditation - although 39.1% said they had some. The picture is muddied further because 45.0% of respondents said offering greener print options is more important now than it was two years ago.

Those findings suggest that many British print buyers - and by extension their print suppliers - are not that worried about the environment. This is exactly the opposite of what Fespa found with its global Print Census. Collecting data from 102 countries, the census revealed that 76% of print service providers said customer specifications on the sustainability of manufacturing and materials was shaping their business strategy, with more than one in five saying it is was a major influence.

Prompted by customer demand, just under one in three have invested in energy-efficient or environmentally certified equipment, while others have trained staff on sustainability, switched to VOC-free inks and recyclable media or instituted end-to-life recycling programmes.

So is the UK lagging behind the rest of the world? Distracted by withdrawal from the European Union was widely expected to lead to a loosening - or abolition - of many environmental regulations. Yet as the day of departure nears, that - like almost everything else about Brexit - looks far from certain.

PSPs that work for publicly quoted - or multinational - businesses may well find that not much changes. These clients are acutely aware of the damage to their reputation an environmental scandal can cause - which is one reason so many of them pledged to reduce plastic waste so swiftly after the recent newspaper headlines.

If anything, sustainability is becoming more of a priority for big consumer-facing companies partly out of enlightened self-interest but also because they know it is expected by Millennials, who already account for £2trillion in global consumer spending. In a recent survey, 87% of US Millennials said they would be more loyal to a company that helped them contribute to social and environmental issues.

This is a powerful argument for the wide-format sector, as a consumer of plastic-based media, to think much more ambitiously - and strategically - about its carbon footprint. New substrates, new consumables, new renewable sources of energy, new ways of providing end-to-life recycling - in the not too distant future, these will all be just table stakes for PSPs who want to work with large companies.

Let’s face facts, the wide-format sector does not want to get on the wrong side of Sir David Attenborough, whose recent TV series ‘The Blue Planet II’ exposed the damage plastic waste is doing to our oceans. That is one PR battle the industry could never win.

What technical issues do you still need resolving?