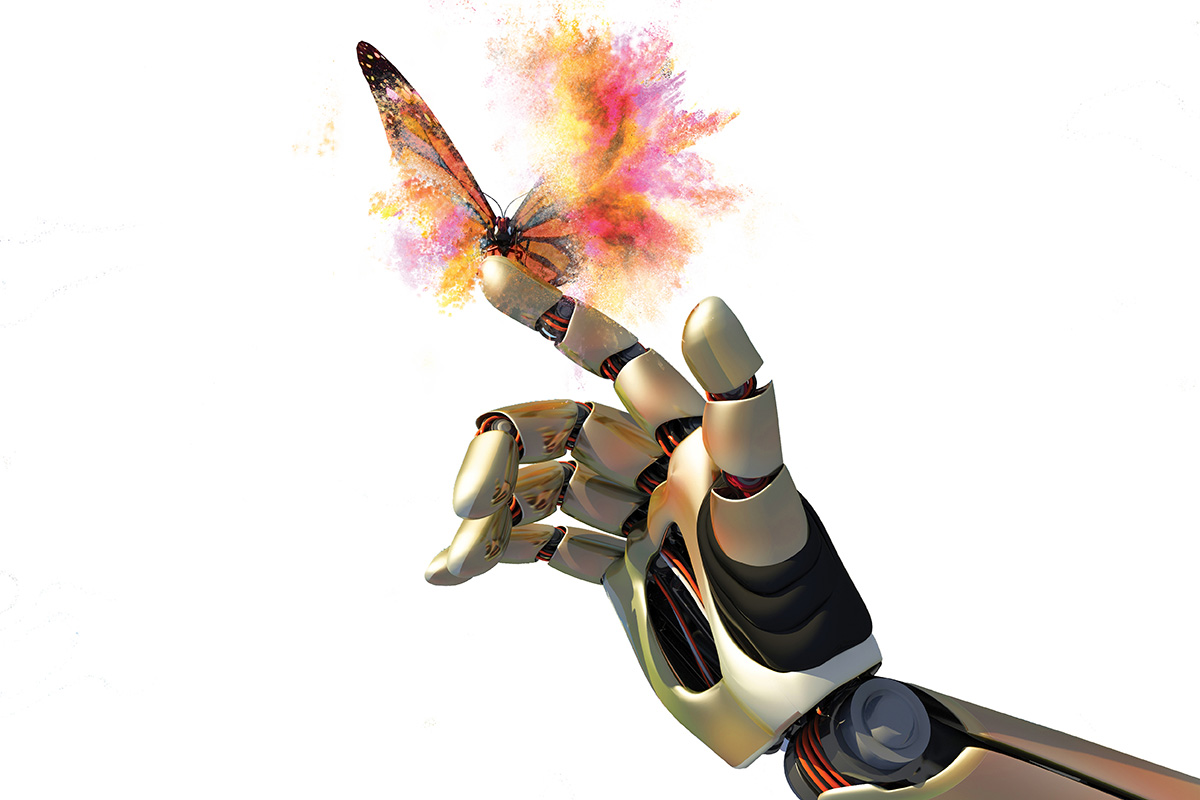 
As announced earlier this year, Fespa’s biennial international exhibition for digital wide-format, screen and textile print will become an annual event from this year - Fespa Digital, which has focused specifically on digital wide-format technologies - is being replaced by the wider reaching event that will encompass both digital and analogue products and applications.

As well as the 700 plus exhibitors at this month’s show, those of you visiting will have the opportunity to visit the co-located European Sign Expo, with another 75 exhibitors representing over 200 suppliers.

A free seminar programme will run across both European Sign Expo and the main event - which will include another iteration of Printeriors - in one consolidated theatre space. Full details can be found online so there’s no point listing them all here, but worthy of special note, is a panel discussion taking place at 11.30 on Tuesday 9 May. In the session ‘Become more Widthwise’ Image Reports editor Lesley Simpson will chair a panel of PSPs debating key findings from the magazine’s 2017 Widthwise Survey – a full analysis can be found in the newly publishing Widthwise Report (you can download a free PDF here.) In it you’ll find data from PSPs, and comment on diversification into new markets like packaging and textiles – including printing for the interiors/decor market – the latter being a key focus for Fespa again this year.

The Printeriors showcase is aimed not so much as printers – who by now understand the scope of technological capability and applications – but at designers, architects etc. The exhibits will be made up of various ‘hotel’ room sets designed and created entirely by print (screen and digital). Each room will contain printed applications such as wallpaper, decals, wall décor, art, flooring, furniture, lighting, ceramic tiles, glass, textiles etc. Those involved from the UK will include David Bartlett with his BrandIt cardboard printed furniture offering.

At the time of going to press Fespa had yet to finalise details for its Printeriors talks, though the main programme should now be available on its website. A paid-for half-day event on 11 May and aimed at interior designers and architects, will explore the benefits of using print as a medium for interior design and how it can transform interiors, whether for hospitality, residential, retail or corporate purposes.

At Fespa 2017 you can also expect to see the 100 shortlisted jobs for the Fespa Awards (and they can be seen online at: https://fespa.awardsplatform.com/gallery/XzbbLJzY). The winners will be announced at a gala dinner on 10 May at the Grand Elysee in Hamburg. UK/Ireland shortlisted companies and their digital print projects include:

Stand out stands
Given this is a short preview the highlights below are just that - an indication of where you’ll find new products for the digital large-format PSP - so floorplan at the ready!

Agfa Stand: B5-E20
On demo will be the new Avinci DX3200 dye-sublimation printer, designed to deliver soft signage up to 3.2m wide, at a resolution of up to 1440 x 540dpi. The 6-colour (CMYKLcLm) Avinci DX3200 offers different quality modes, with speeds up to 173m2/h, and is said to be compatible with most off-line calendering solutions.

The Avinci DX3200 comes with Agfa’s Asanti workflow, including a series of features for soft signage printing, such as integration with Storefront for the automated management of web-to-print, automated positioning of grommets on banners, and the easy design of canvas extensions (like air pockets) for flags.

Asanti also recently introduced integrated tiling so that oversized banners or billboards that extend beyond the maximum printing width can be produced on Avinci DX3200. Asanti creates mounting instructions and adds the necessary marks to the tiled prints to help the operator mount them swiftly and in the correct way, thus avoiding unnecessary costs for reprints.

Canon Stand: A1-B55
Two Océ Colorado 1640 machines will be at Fespa 2017, where other new developments on show by Canon will include the Arizona 1280GT with Oce Auto Pilot, the automated print-and-cut workflow co-development with Zund and first seen as a prototype at Drupa 2016.

The wraps were taken off the 64in-wide Océ Colorado 1640 roll-to-roll printer at a press event in March, but Fespa will the first chance for the public to view the printer, which incorporates Canon’s much-trumpeted new UVgel technology.

ColorJet Stand: B5-G62
India's largest manufacturer of digital printers is launching the Colorjet TXF digital textile printer. Using Epson heads and pigment inks is can print various types of fabric. It is also available with reactive inks for printing onto natural fabrics, and with disperse inks for printing onto polyester. The printer runs at up to 24m2/hr (with pigment Inks) and can achieve resolutions of up to 1,440dpi.

com2C Stand: B5-C60
com2C will present caleidoscop branded media for backlit projects, including the new textile BacklitTex 195 OVESS SM W RF. The satin-gloss backlit polyester is being marketed as a kink-free substrate that prevents ink cracks and white showing through after folding. In time for the exhibition, digitally printable wallpaper has been added to the company's offering too.

Inca Stand: A4-D51
Inca will introduce IncaConnect, a software suite for greater visibility and workflow management on Onset and Spyder printers. This new software, accessible via a Web-based GUI, has been developed to improve data visualisation, with an integrated dashboard displaying statistics that can help users analyse efficiency, identify trends and improve job costing. It has been designed to seamlessly integrate any Inca machine into existing workflow solutions.

Kernow Coatings Stand: B7-G5
New KernowJet FloorShark and KernowJet Interiors media will be shown. FloorShark is an easy-to-apply and remove floor graphic film, designed for hard floors and carpet tiles. Using Kernow’s ‘sharkskin’ coating technology, the resultant floor graphics are said to be tough, vibrant and R10-certificated. FloorSharK does not need to be laminated.

Interiors is HP-Latex certified and available in a range of surfaces, two different weights, with a special twin inkjet layer for the widest colour gamut, and can be applied and removed without residue. It incorporates BioPruf to resist mould and mildew.

The company has said it will unveil additional media at the show.

Mactac Stand: B4L-D20
Additional media offerings on show will be the TF 900 FlexChrome BF series, available in ten chrome-finish colours, and delivering an effect that Mactac said can best be described as “where liquid meets metal.”  ‘Self healing’ films, which eliminate small scratches, will also debut. For the architectural market there will be MacBlock - a window film with high opacity so that double-sided graphics can be created without any concerns about direct light and show-through. In the car wrapping demonstration area, Mactac will present its CastRap 629 B-Free, a printable cast media.

Squid Stand: A4-C48
Lampe Textiles, owned Squid, will make its Fespa debut with a window film of the same name. Already known among interior designers and architects in an unprinted format, the self-adhesive, transparent, woven fabric can be applied directly on to windows or walls and it can be printed by various methods. The product - available in five colours - is Belgian-produced. It is said to reflect up to 36% of the sun’s energy and tests show it can reduce the room temperature by 3°C.It is heat resistant up to 60°C, fire retardant to M1/B1, moisture resistant and breathable. CYMUK will stock the product in the UK.

STS Inks Stand: B5-E10
STS will show an ink product called Prismat-Ink, which is said to contain a resin that gives the user a longer-lasting result when printing with a digital printer on glass, stainless steel and other non-absorbent surfaces. It is guaranteed to last for ten years.

swissQprint Stand: B7-C50
A new line of LED curing UV large-format printers will be on show - with two different flatbed sizes and two productivity levels. The Swiss manufacturer states that they have refined the mechanical basis of its existing printers for greater precision.

Veika Stand: Stand B5-D30
Lithuanian wallpaper materials producer Veika has developed a printing technology called Dimensetm that makes it possible to emboss a wallcovering as it is digitally printed. The system comprises two major components - an inkjet printer and a calandar. For printing digitally embossed images special preparation of files as well as Dimense media and inks are required.