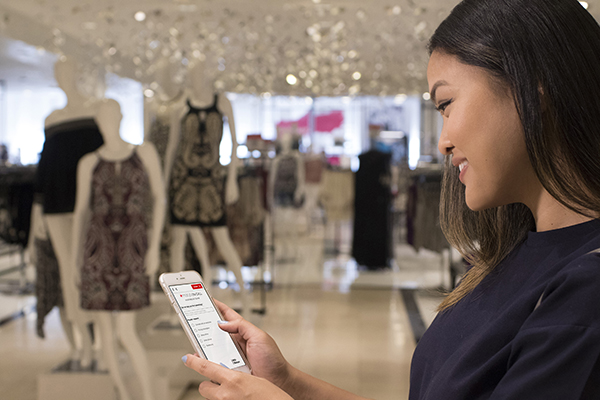 You wondering where you can incorporate artificial intelligence in you business? Before you wryly dismiss the idea read what Walter Hale has to say on the subject.

“What do you get when you cross a frog with a street? A main toad.” That is a joke generated by the University of Aberdeen’s famous joking computer. It has the structure of a gag - a leading question followed by a punning response – but it lacks one vital quality that defines a joke - it isn’t funny.

It has taken far longer partly because governments have blown hot and cold. Between 1974 and 1980, known as the ‘first AI winter’, state funding was negligible. Investments by Japanese companies stirred a competitive response in the West but at the end of the 1980s, when recession struck, the money dried up again. The ‘second AI winter’ did not end until 1992.

In the 25 years since, AI has become powerful enough to change our professional and personal lives. Such landmarks as IBM’s Deep Blue beating Russian chess grandmaster Garry Kasparov in 1997 and the same company’s Watson AI system winning the US quiz show Jeopardy in 2011 captured the imagination of the public and the media. And investment - public and private - in AI has mushroomed. Only last May, HP set up a venture capital firm to invest in high tech start-ups with AI a key focus.

The result, as technology writer Dann Albright says, is that today: “Your smartphone, your car, your bank, and your house all use artificial intelligence on a daily basis. Sometimes, it’s obvious - like when you ask Siri for directions. Sometimes it’s less obvious - like when you make an abnormal purchase on your credit card and don’t get a fraud alert from the bank.”

As Albright suggests, AI is already doing a lot of things very well. Yet that isn’t the whole story. At the moment, the narrative about the use of AI is effectively a sales pitch. Here’s a technology which can give us directions, recommend movies to see and help an insurance company decide if we’re lying by analysing our speech patterns. It will also, studies keep predicting, make millions of jobs disappear: one authoritative estimate forecasts that 5m jobs will be lost worldwide by 2020 thanks to AI, robots and the internet of things. This could transform the bottom line for many businesses although it does pose obvious challenges for society as a whole.

Yet AI has had a few glitches. They don’t get as much publicity as events like Deep Blue v Kasparov because they interfere with AI’s march of triumph storyline. Two years ago, Google apologised after its Photos app miscategorised several African-Americans as “gorillas”. In some ways, even more disturbing was the revelation that Amazon’s same-day delivery service was not available in many poor black neighbourhoods - here AI was effectively discriminating racially. There is also the bizarre tale of the random shopping bot ‘arrested’ by Swiss police in 2014 after using Bitcoin to buy drugs.

What such tales tell us is that we still don’t understand exactly how to use AI. They also suggest that AI will not be not flawless but come with its own bugs that need to be detected, analysed and corrected. A good example of this is Google’s reprogramming of its self-driving car after a crash with a bus in California. The Lexus’s AI assumed that an oncoming bus would, like ordinary motorists, get out of the way - it didn’t, and the car crashed into it. Google has now changed the algorithms so they assume that drivers of buses and trucks are less likely to give way. Will they be forced to do the same for ‘white van man’ in the UK?

Let’s take the customers first. Two years ago, M&C Saatchi developed artificially intelligent posters to promote a fake coffee brand in London. The posters evolved by using algorithms to monitor how consumers reacted with them and effectively rewrote themselves to please the audience. So if a font was popular it stayed, if the image didn’t click with viewers it was modified or replaced. The agency promoted this as a “Darwinian approach to advertising” yet, it must be said, other agencies have not been quick to follow Saatchi’s lead by creating posters that effectively write themselves.

Last summer the Weather Channel and IBM Watson collaborated on AI-powered ads on the broadcaster’s app, website and weather prediction platform for such big brands as Campbell Soup and Unilever. Effectively they used machine learning to enable consumers to ask questions by voice or text and get answers. So, for example, if a viewer asked ‘What can I make for dinner tonight?’, Watson would make recommendations based on the weather, time of day, location or ingredients available in the user’s kitchen. This is not a one-off. IBM and General Motors have signed a deal to explore delivering AI-powered ads to driver’s dashboards. US retailer Macys is using IBM Watson in a pilot of its new mobile shopping companion. And Chinese start-up Viscovery has raised $10m to develop a video streaming service that matches videos and commercial messages to individual consumers.

The idea that the use of AI is only limited by our imagination has become a popular cliché. It sounds good but it isn’t quite true. The one limit tech visionaries routinely ignore is budget. In some ways, this is right - disruptive innovations can transform costs and prices in ways we cannot foresee. Yet in advertising and marketing, ROI is more important than ever. In other words, you might create a videostreaming service that delivered commercial messages to a particular consumer but how accurate would that selection be, how much would that cost and how much revenue would it generate?

The plain truth is that many brands and retailers who spend money on digital and wide-format print are already struggling to cope, as marketers, with the mix of traditional media, online and social media. This isn’t primarily a question of budget, but of resource - this kind of omnichannel marketing is much more complex to manage than a historic model where, for example, a brand knew that broadcasting the right ad during the right programme on ITV would reach 25% of the population.

That said, these kind of solutions will appeal to some mega-buck global brands, especially companies such as confectionery giant Hershey which effectively runs its own social media ‘war room’ to track consumer sentiment. The glamour of AI may encourage a further slight erosion in print’s share of the total marketing spend (although it could also cannibalise investment in TV and digital advertising).

What is hard to read is how scalable, affordable or mainstream AI-powered marketing solutions will become. Could they evolve into something that, say, a print service provider could invest in and use to help clients of a certain size target their marketing? Software-savvy print companies may even develop their own AI app-style solutions to help clients.

The direct use of AI in digital and wide-format print is easier to envisage. AI is already being used to manage servicing, monitor stocks and remotely diagnose faults. The further application of AI has the scope to reduce wastage and downtime, improve efficiencies, automate some aspects of purchasing and enable printers to connect their capacity to a collaborative network.

To get more futuristic, how about digital printers that learn from problems and adapt? Presses with sensors that spot a defect and order a replacement part via the cloud? Print ready files that self-analyse for errors and correct accordingly? Or, perish the thought, printers with AI software so sophisticated customers can operate them themselves?

These are all technically feasible. The difficult question is whether it will be worth suppliers’ time and money to develop them. And if so, when? The rationale for AI-driven manufacturing is more compelling if you’re turning out zillions of widgets from a plant staffed by robots than running a pressroom with one operator and five machines.

Predictions are always a difficulty, but it may be that the transformation of digital and wide-format print by artificial intelligence could be an incremental process. Which, given that there is much trial and error to be done before these systems mature, may be no bad thing.