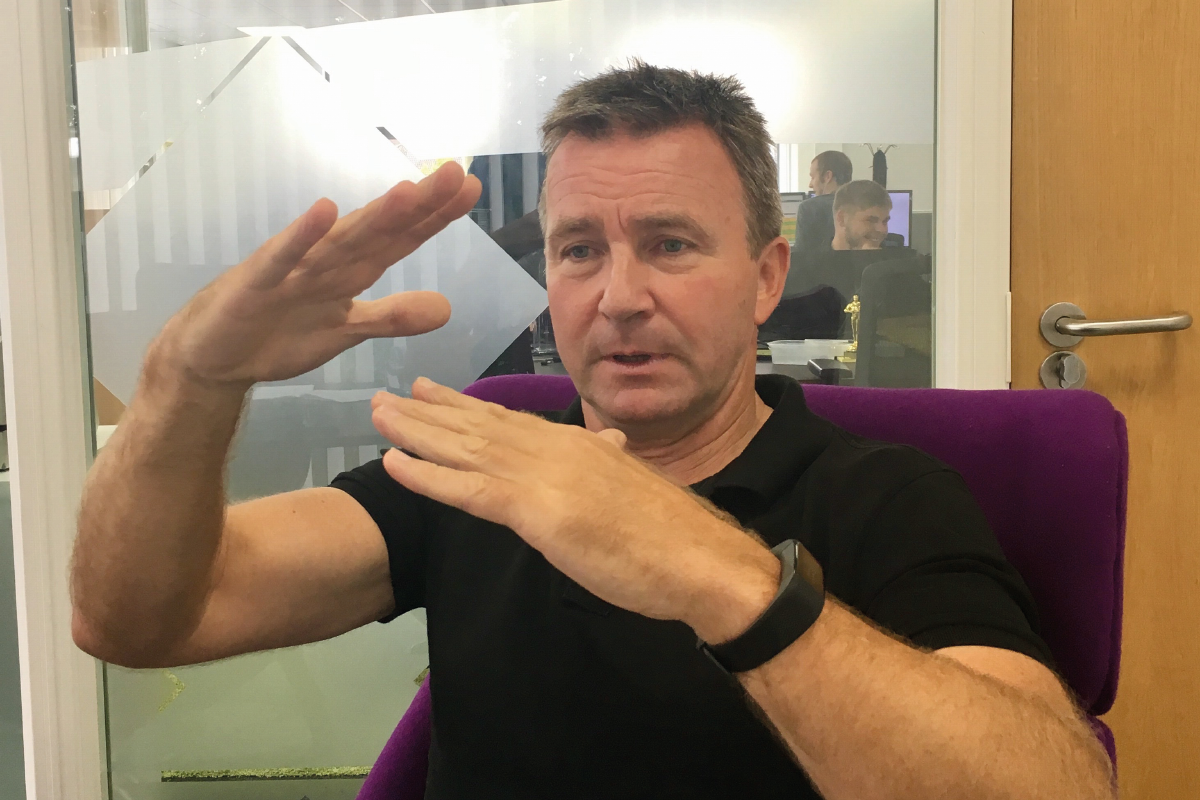 Clarity has become a well known software brand within sign and display print markets, so what plans does its parent company have for this division and its other business sectors - and how will that impact the market?

“We’re trying to understand the psyche of why companies buy or do not buy our type of software. Why do some people buy on the day when they see it and others take six months to think about it. We need to fully understand that reasoning,” says Clarity MD Richard Gamlin, who reckons there are “5,000-6,000 ‘live potential buyers’ in the UK print sector” for a Clarity type product - one developed to simplify quoting, order processing, manufacturing and invoicing for sign and display companies by combining MIS, CRM and ERP functions.

Having sold Clarity software to over 2,000 companies since it was launched in 2001 and with 815 currently live installs of Clarity Pro - over half of which are in the large-format print space - Gamlin reckons it has something like 16-20 % of “the buying market” and that “there’s still a lot of gold to mine in the UK print sector”. This year he expects another 100 companies to start using Clarity and that within three years it will double turnover - currently around 60% of parent group Touch Systems’ total. Last year that total turnover was £3.5m, and for the year to April 2019 it’s expected to rise to £4.2m.

But Gamlin, who with Nick Elkin founded Touch Systems back in 1989, is aware that there are obstacles to overcome if Clarity is to reach its goals - the main one being educating the marketplace.

“We have become experts in ‘change control’. We’ve had to because Clarity can help deliver amazing insight into a business and make it much more efficient, but it requires a change and people are resistant to that. We can help people configure their systems better but people don’t always want to listen to us!” says Gamlin, adding: “I love watching people start using the system for which it was created - not just as a quote tool - because you see the penny drop.”

To this end Clarity is reducing the number of clients each account manager looks after from 400 to 200, “so we can get people on site to improve the education process and show what the system can actually do,” says Gamlin, pointing out that “providing a high level of support is ingrained in Touch Systems”.

That is not your average marketing waffle - having a company like Jaguar Land Rover as the first customer for a brand new product probably says it all. OK, so that was not for Clarity, but for its sister company’s ‘Flags’ offering, a bespoke quality management system for lean manufacturing or assembly processes. As the first pen-based touchscreen application to be commercially available in the UK it enabled Jaguar Land Rover to take quality readings at its production line, implement statistical process control (SPC) and capture visual attribute data. Such was the significance of the tool that it was featured on ‘Tomorrow’s World’ back in 1991, just two years after Gamlin and Elkin had set-up Touch Systems - the pen-based touchscreen system giving rise to the company name, and the visual ‘flags’ on the screen providing the name for the product, which has ended up in automotive plants across the UK including Bentley and Aston Martin.

Impressive, but in 1998 Gamlin and Elkin realised that they needed to diversify, a decision that led directly to the formation of Clarity and release of the product by the same name. “There were lots of acquisitions happening in the automotive industry back then and we could see UK car manufacturing going pear shaped. The market was effectively shrinking for the Flags product so we started to research new markets and came across sign and graphics,” says Gamlin, who practically stumbled upon a piece of software that he explains “was with about 30 printers that were in trouble because the software company had gone bust.

“We’d been thinking about developing a complex quoting system when someone I knew mentioned this to me so we did a bit of investigation. It was an awful piece of software for quoting and had no real development potential as it stood because of the architecture on which it was written, but it gave us a base on which to build our own product.” The rest ladies and gentlemen is history - Touch bought the intellectual property in 2000, and “stabilised the software while we rewrote it so that the printers already using it were OK,” says Gamlin.

In 2001 Clarity was born. “Some of those old system users used a ‘bridge’ we built so they could shift across to the new Clarity system,” Gamlin explains, pointing out that some chose not to do that and stick with what they knew, bringing the conversation back to the difficulty in adapting mindsets and working patterns/systems.

This September’s scheduled launch of Clarity Pro v.6 should provide a platform to make some noise and get people thinking. “We’ve made the system much more powerful and ensured it can handle the supply chain as well as the sales chain,” says Gamlin, pointing out that “the major benefit to existing users will be in terms of how it handles variants on stock/materials, and how they search for them etc., it will be much easier than before.” Of course new users are anticipated too, and Clarity has a clear roadmap of who it wants on board.

“Over the last two years we’ve been finding that bigger and bigger print companies are coming to us - many of which are still using spreadsheets! They are realising that they can’t expand any more like that - that they need proper, measured, business intelligence.

“But also, we realise that we need to provide the right install support on-site, put on more free training days so clients can use more of the software capability etc, and we need to scale up our operation to do that.”

Currently Touch Systems - which is based in Solihull - has 55 staff across its two divisions, Clarity and Flags, the former led by Gamlin on a day-to-day basis, and Flags by Elkin, a pair that have known each other since student days and having jobs in the same software firm. Indeed it was out of their purchase of the intellectual property of that Midlands-based firm that Touch was founded. With Gamlin as MD and Elkin as CTO on the Touch board is Janet Redman as FD - a trio that is driving business expansion plans with much focus on the Clarity side of things where, at the time of writing, five extra positions were open across account management, development and digital marketing

Of the 55 staff Touch staff, eight are tied to the parent company, 11 to Flags and the rest are Clarity - other than the two in the innovation team that work across the divisions. “They have given a lot of time to Flags where we’ve been creating an augmented reality solution,” says Gamlin, “but that is now at development stage so the focus will be back on Clarity.”

Having talked about the imminent launch of Clarity Pro v.6 Gamlin is also keen to highlight Clarity Go, first released five years ago, but as he says “being rewritten because at the time we wrote it we did not have the tools available that we have now.” He’s also eager to point to Clarity’s ongoing development partnerships with Sage, QuickBooks and Xero - and with Esko where Clarity integrates with WebCenter. “Working on finishing integration workflow is a key focus for us and we have loads more planned with Esko,” says Gamlin, who understandably is tight lipped on the specifics.

He laughs when asked about what shape he expects Touch Systems to be in five years down the line, saying he expects Flags turnover to have climbed 50% within the next three years and reconfirming expectation that Clarity sales will have doubled in that timeframe, and pointing out that somewhere along the line it’s likely that the two will become more autonomous from Touch. Short-term? “We are actually chasing people to get them to use the systems better!”