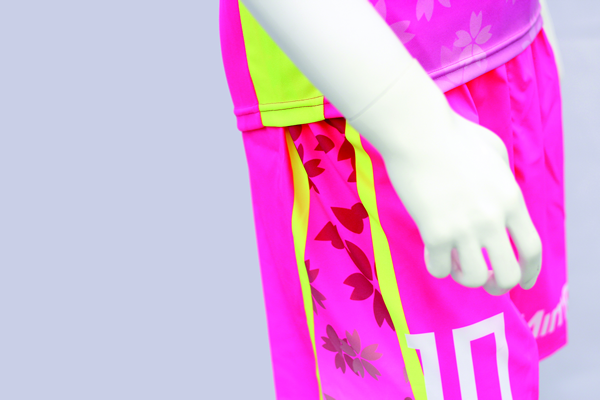 Of the thousands of visitors who poured through the halls of the Messe in Dusseldorf for Drupa 2016 it’s safe to assume that the vast majority were there on scouting missions for the latest piece of hardware or software that they’re considering investing in. Few printers would have made the trip to the tradeshow specifically to check out the latest generation of inks, but when it comes to innovation - particularly in the wide-format arena - ink has accounted for its fair share of manufacturer’s R&D budgets over the last few years.

Ink rarely grabs the headlines, but it’s becoming an increasingly important consideration thanks to its ability to drive efficiencies, add value to a job and also help to enhance printers’ eco credentials. That’s why it’s become such big business. Research and consulting firm Photizo Group says that in 2015 global ink revenue stood at around $2.4bn (not including dye-sub inks) and this is expected to hit circa $2.57bn by 2020.

So what are the major ink innovations that are catching the eye at the moment and what direction are manufacturers likely to focus their R&D efforts in the future?

According to Yuichi Ugai, a director at OKI, there are currently three major ink trends in the wide-format sector: the development of more durable eco-friendly inks, the creation of inks that can print on a wider range of substrates and a greater focus on driving down the cost per square metre of output.

Unsurprisingly many of these R&D efforts are being focused on growth areas like vehicle printing. EFI has developed an ink range called SurperFlex specifically targeted at this market.

“You can print the ink and laminate it without it silvering and you’re able to install it in the field with technicians using torches rather than heat guns which improves efficiencies,” says Mark Goodearl, senior ink product manager at EFI Inkjet. “We’ve spent a lot of time developing this specialty ink, which is the only ink in the marketplace from 3M that has a seven-year warranty.”

“Vehicle liveries and decals is a growth market for signmakers and motorsport graphics specialists and with more than one motorcycle brand featuring orange as a corporate colour, the new Mimaki SS21 orange ink has enabled our customers to fully deliver the vibrancy required, perfectly matching these challenging colours,” explains de la Roche.

“Accurately matching corporate colours is an important task for any print provider, so having the capability to deliver valuable output that’s ‘on brand’ even for the most challenging of colours is a huge advantage.”

Tony Cox, business manager at Sun Chemical, says the growth of textile printing is being driven to some extent by advances in substrate and ink technology, which is allowing greater numbers of printers to diversify.

“Textile printing for apparel, soft signage and interiors are all big areas for diversification right now and have been made possible with the ongoing development of digital inkjet print technology and advances in inkjet inks, which is especially suited to the increased requirement for customised, bespoke and short-run projects,” says Cox. “Also, as the digital wide-format graphics sector matures and speeds increase, printers are seeking to achieve production and cost efficiencies. We’re therefore seeing a rising demand for - and acceptance of - high performance, low odour alternative solvent inks that will competitively deliver the quality required while offering improved operator comfort.”

Manufacturers are also seeing demand from clients for an improved colour gamut and better gloss levels. That’s why Epson developed the SureColor S-series of 1.6m wide printers, which launched in January this year and includes the ten-colour S80600 model.

“Quite often the more vibrant and ‘poppy’ the image the more chance you’ve got of selling it to a customer, which is why such a huge amount of work has gone into developing the new ten-colour unit,” says Phil McMullin, Epson’s UK sales manager for pro graphics. “Along with light cyan and magenta for skin tones and light grey for shading we’ve got a spot orange/red. Around 50% of corporate logos worldwide use some sort of red, but if you’re using red from process colours you’re using a lot of ink so offering a spot red benefits everyone.”

Fujifilm, which recently launched new inks across all its wide-format ranges, including a new low migration ink for the Onset X3 to allow for printing at greater speeds, new white inks across its flatbed and roll ranges and new clear inks for digital varnishing, has detected the same growing demand for a wider choice of colours, according to Kevin Rhodes, marketing applications manager at Fujifilm Specialty Ink Systems.

Similarly, enhancing the range of colours on offer is high on the agenda at Canon, which has recently introduced improvements to its range of inks.

Going forward he says the company intends to further invest in R&D to develop new inks, with areas of focus including the ability to print on cheaper media, heat sensitive media and textiles, as well as continuous improvement in fine arts and photo.

It’s a similar scenario at OKI where Yuichi Ugai says the future focus will be on “added-value print with unique substrates, together with making devices and ink more environmentally-friendly”.

Epson’s McMullin concurs that developing eco-inks is firmly back on the agenda for all manufacturers now that the global economy appears to have stablised. “The environmental agenda, which was strong pre-2007 is now coming back,” says McMullin. “One of the things we’re working on is removing all of the hazardous components from the ink. That’s a key development for the future.”

Other key areas where Ron Iversen, vice president of sales and marketing at Photizo, expects to see manufacturers focusing their future R&D efforts include improving the drying times of some wide-format inks to help printers’ reduce turnaround times.

“Pagewide array machines will get faster and the importance of drying times will become key,” says Iversen. The price of inks is also likely to decline both for new inks and established ink technologies, thanks largely to the growing influence of aftermarket ink manufacturers, he adds.

“Historically aftermarket ink has been cheap and the quality hasn’t been as good, but there are a number of very large ink companies doing this now and investing a lot of money in wide-format printer ink technology so the quality is improving,” says Iversen. “As a result the quality of aftermarket ink is getting better and the price will come down.”

Manufacturers are already responding to this threat. McMullin says Epson has reduced the cost of its 700ml ink cartridges from an RRP of circa £117 to £74, just by improving manufacturing efficiencies. As competition in the wide-format ink market heats up the quality of inks will continue to improve and prices will start to fall, meaning the biggest winner in all of this is likely to be printers themselves.