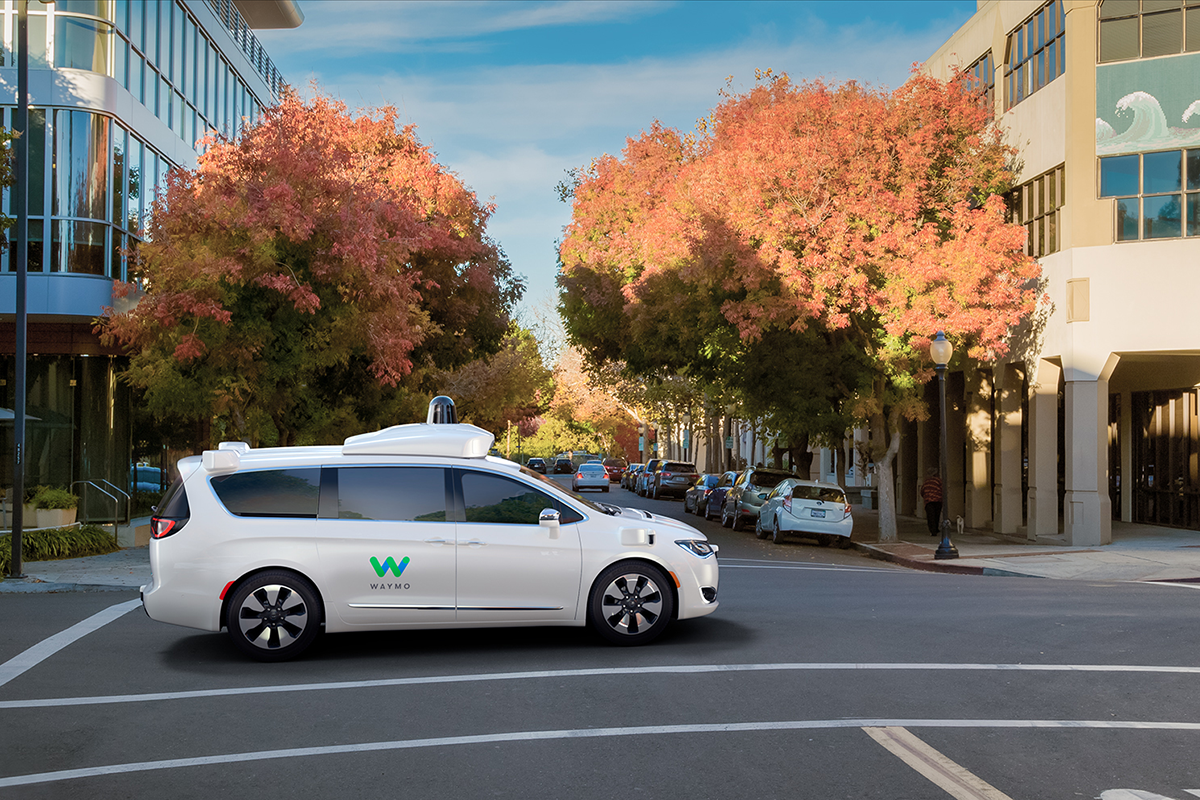 Autonomous vehicles - will their development and adoption impact how you do business? Walter Hale considers the issues.

Three years ago, a Mercedes lorry made history by driving itself on a public road. What was particularly intriguing about the journey in Germany was that the vehicle itself was a run of the mill, heavy-duty truck - the model had been introduced in 1995 - fitted with Daimler’s Highway Pilot technology, a system of radar, sensors and cameras. With this technology, the Actros truck could steer itself, brake and, if it approached a stationery vehicle, alert the driver to take over.

That experiment was reasonably successful and yet, in September, Martin Daum, who runs Daimler’s truck and bus business, seemed to put the brakes on autonomous trucks. In any new technology, he told the media, there are three stages: headlines, knowledge and business. The headlines are generated by tests and flashy demonstrations at exhibitions. They help a company acquire knowledge that it uses to create a business that can sell the technology.

Analysts concluded that Daimler was still acquiring knowledge and that self-driving delivery trucks would not be taking to the world’s roads for at least five years. To be clear, nobody is saying that autonomous delivery vehicles will never happen - in the US alone they are expected to save the transportation sector $300bn and eliminate 180,000 trucking jobs. (This isn’t as seismic a shift as it sounds: in the UK, for example, there are 45,000 unfulfilled driving and, given that the average age of a lorry driver is 53, many will have retired by the time autonomous deliveries become widespread.)

It is possible that Daum - and Daimler - is trying to play down the hype. The British government certainly seems more optimistic: in August 2017, it pledged £8.1m to help fund trials by the Transport Research Laboratory. Transport information firm Inrix has gone as far as to identify the M6/M74 corridor as the most commercially viable road for the autonomous trucks to be tested on and, slightly bizarrely, the M25 as the safest route to test them on.

The government has also promised to establish a legal framework for the use of autonomous vehicles by 2021.

In the US, inevitably, things are moving a bit faster. Driverless trucks have already been introduced in the state of Nevada. In Arizona, Walmart has piloted a scheme that allows customers who order groceries online to be driven to and from the store in an autonomous vehicle provided by Waymo, the autonomous technology company owned by Alphabet (Google’s parent company). Walmart, Ford and logistics provider Postmates are also collaborating on a test in Miami, Florida, to acquire the knowledge, to use Daum’s term, to define what shoppers want from an autonomous vehicle delivery system.

Although much of the early hype focused on cars that drive themselves, Ford has indicated that vehicles that can carry people and freight will be essential if the technology is to be scaled up and be made profitable. The company is investing at least $4bn in AV technology between now and 2023 and aims to have vehicles on the road by 2021. As Ford is stopping manufacturing many kinds of cars to make more sports utility vehicles and trucks, freight is likely to become mission critical for the multinational behemoth.

So what do Daimler, Ford, General Motors, Waymo, Tesla and Jaguar Land Rover - to name only a few of the companies exploring this technology - mean exactly when they talk about autonomous vehicles?

At the risk of being tediously specific, it might be worth defining the five levels of autonomous driving, as categorised by the Society of Automotive Engineers.

At Level 1, one element of the driving process is automated, as in cruise control or technology that helps the driver stay in lane.

At Level 2, computers manage more than one driving function. A good example is the Mercedes S-Class which takes over directional, throttle and brake functions for its cruise control system and uses sat-nav data to brake automatically for corners ahead. This is roughly the state of the technology as it exists today.

At Level 3, a vehicle can automate every aspect of motoring but a driver must be on hand to intervene or answer a request if necessary. Audi claims that its new A8 is a Level 3 car.

At Level 4, the car will drive itself although there will still be a person behind the wheel. To do this, the vehicle will draw on HD mapping, real time data, car-to-car communications and off-site call centres (to deal with the unusual or unexpected). The technology will work best in a carefully managed, high tech, probably urban environment. By 2022, 20 car makers say they will be selling this level of functionality in the US.

At Level 5, the driver is optional. The car can stop and start itself, and drive in urban or rural areas. The steering wheel - invented back in 1894 by French racing driver Alfred Vacheron - may have finally passed its sell-by date.

Imagining how those levels of automation will improve the lot of managers, sales staff and managing directors of print service providers is reasonably straightforward. Autonomous vehicles may put the last nail in the coffin of the traditional company car fleet. It might make more sense, financially, for companies to rent these vehicles rather than own them.

It becomes a bit more complicated when you try to apply these levels of automation to trucks - and deliveries of wide-format print. For a start, it is hard to imagine many situations where delivery can be made without a driver. Someone is going to have to take the signage out of the vehicle and give it to the client and that person isn’t going to work for the customer.

Automating the process of unloading freight out of the back of a vehicle is technologically feasible but probably not that lucrative for the car manufacturer and not something that many customer-facing businesses will want to place their faith in. Pioneering companies may be tempted to experiment with drones, if the package being delivered is a suitable size.

So even if a car, truck or lorry reaches Level 5 automation, it will probably still need someone in it to complete the delivery. They may not necessarily need an HGV licence, or even have passed their driving test, but they will still hand over the printed product. That should reduce the cost of labour and make recruitment a bit easier (and cheaper).

Level 5 vehicles could make an even bigger difference to a printer’s insurance costs. This may not happen overnight. There will be a fascinating, and hard to quantify, transitional period where motorists and autonomous vehicles share the roads. Two and a half years ago, a Google AV car crashed into a bus in California. The incident was partly caused by the presence of sand bags on the road, but also because Google’s car was programmed to assume that the bus, approaching in its left-hand mirror, would stop or slow to allow it to pass. In the event, the bus did neither. After admitting partial responsibility for the accident, a spokesman for Google admitted that it had refined its self-driving algorithms: “From now on, our cars will more deeply understand that buses (and other large vehicles) are less likely to yield to us than other types of vehicles.”

The potential for similar problems in this transitional period is immense. In Germany, for example, so many motorists drive the wrong way down an autobahn - sometimes in a race with other drivers - that they even have a word for it: geisterfahrer (ghost driver). In many countries, notably Brazil, drivers don’t stop at red lights at night because they fear for their safety. There are a multitude of characteristics and traits for Google and others to factor into their algorithms to make them safe.

Looking further ahead, if we assume that, by 2040, every vehicle is autonomous and the number of accidents has fallen by 90% - it is widely accepted that nine out of ten crashes or caused, wholly or partly, by human error - insurance premiums will plummet. We’ll see about that!

The technology will create its own risks - many of which we cannot foresee at this stage - that need to be hedged, but the savings should still be considerable. The more pressing problem may be to fix the regulations. At present, experts say, there is a “black hole” that needs filling with rules about accident liability.

There is also the small matter of infrastructure, something Britain has not always excelled at. A national network of charging points will be essential if electrically-powered AVs are to become popular. Some of the other advanced infrastructure schemes - such as smart street lights that exchange data with vehicles seem - positively dystopian in a nation that can’t find the money to fix its potholes.

Many British print service providers will seize the opportunity to own or rent an autonomous truck. Only a fool or a prophet would put a timeline on that. These revolutionary new trucks should be kinder to the environment and cheaper to insure. Yet will they be completely autonomous? Probably not in our working lifetimes.