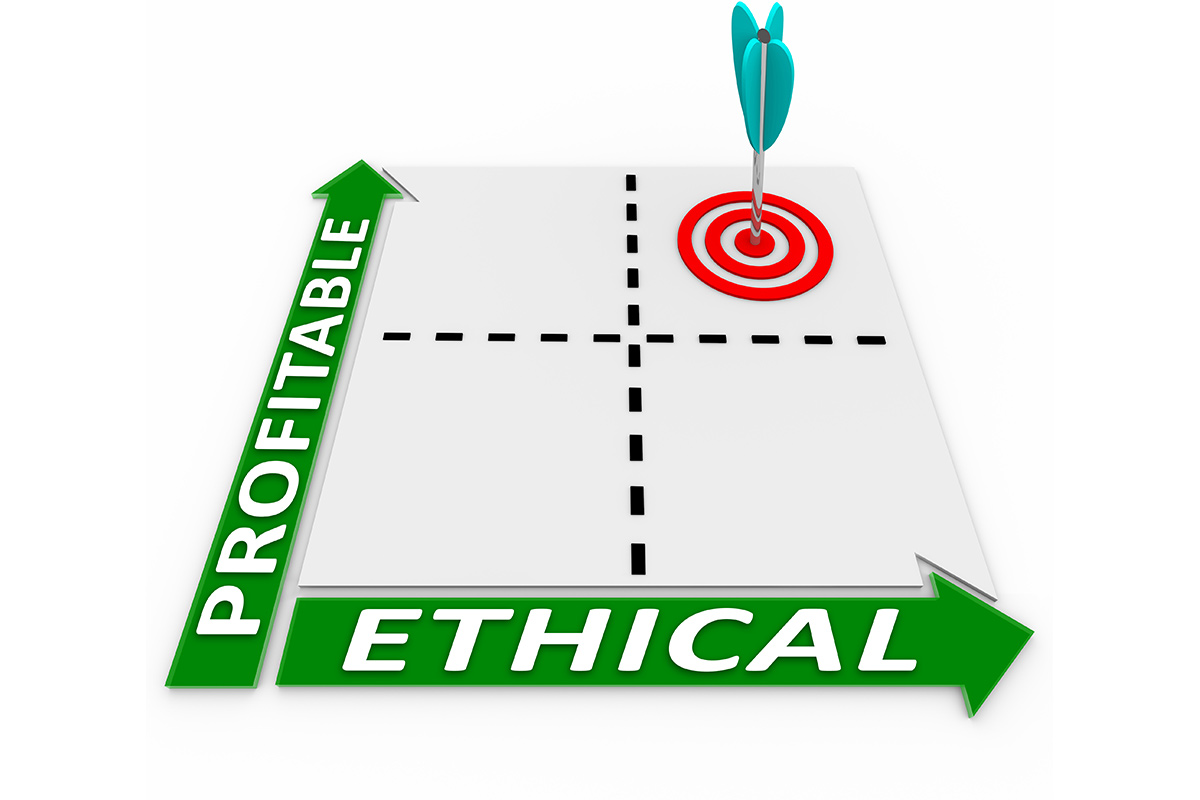 The youth want to buy from, and/or work for, a company that stands for something more than making money. So should you still put profit first? Walter Hale investigates

“The long-term health of free enterprise will depend on delivering profit with purpose.” That is how ‘Financial Times’ editor Lionel Barber kicked off the august newspaper’s new agenda for capitalism. Maximising profits and shareholder value, the focus for so many companies over the past decade, were, Barber said, “necessary but not sufficient”.

The ‘Financial Times’ is not the first pro-free enterprise organisation to issue such a clarion call. In March 2017, the management consultancy McKinsey proposed something it called “long-term capitalism”, arguing that a focus on long-term value would be good for companies, good for the environment and good for us. Although McKinsey has its finger on the pulse of corporate America, the campaign never really broke through the clutter. Yet now, purpose with a capital P, is back on the agenda.

Let’s be clear. If there is no profit, there can be no purpose, even with a small p. Yet there are many reasons why this is a significant trend. If even the ‘Financial Times’ recognises that something is rotten in the state of capitalism, we must surely be at an inflection point. The populism that has swept many countries in the past three years was sparked by a deeply held, widespread conviction that the spoils of success are being distributed unfairly and unevenly. Generation Z and Millennials, the demographic groups that will drive the consumer economy and the workplace over the next three decades, repeatedly indicate, in survey after survey, that they want to buy from, and/or work for, a company that stands for something more than making money.

Does Amazon stand for something other than making money? The company mission statement says it aims to be “the world’s most customer-centric company, to build a place where people can come to find and discover anything they might want online”. Although this statement positions Amazon as the pioneer of freedom of choice, the company isn’t doing this for the public good (although we, as consumers, will benefit) but because it believes this will ultimately deliver a bigger profit. To be fair to Amazon, there is a similar ambiguity about IKEA’s mission statement: “To create a better everyday life for the many people.”

The outdoor clothing brand Patagonia was much more direct about its purpose in its mission statement: “Build the best product, cause no unnecessary harm, use business to inspire and implement solutions to the environmental crisis”. It has since shortened this to: “We’re in business to save our home planet.” Words - even well chosen ones - are cheap but Patagonia has acted too. The company has donated 1% of its profits to grassroots environmental organisations since the 1980s, began making recycled polyester from plastic bottles in the 1990s and, in 2017, launched a Worn Wear programme to show customers how to repair Patagonia purchases and recycle them when they become unwearable.

That is what purpose with a capital P looks like. For an egregious example of fake purpose you need look no further than BP’s “We see possibilities” advertising campaign, an egregious exercise in misdirection from an oil and gas giant that invests just 3% of its capital expenditure in clean energy.

It can be hard for the owners of smaller, privately owned businesses who want to show purpose to know where to focus their efforts. If you’re struggling, Patagonia’s longer statement is a good place to start. Where can you improve quality? Are there are aspects of your business that are harmful to the environment or the community? If so, how can you minimise or eliminate that harm? What are you doing to make the world a better place?

You can start small - focusing on recycling, water use, greener materials, support for good local causes - and, as employees become more engaged, build on that, becoming more ambitious. It’s true that to do any of this, you need to make a profit. Yet it is also true that you, your staff and your customers will probably feel a lot better about your business if it makes money in an ethical, socially responsible way. In the internet age, companies have nowhere to hide, and, in the words of the classic gospel number ‘Run On’, “As sure as god made the day and the night/What do you do in the dark will be brought to the light.”