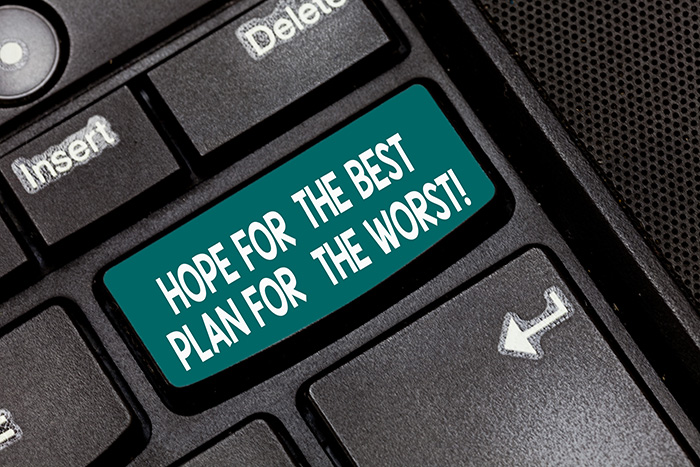 2021 in Brexit Britain is unlikely to be the worst of times - or the best of times - as Walter Hale suggests ahead of its EU departure.

“Check, change, go”, the British government slogan urging businesses to focus on Brexit only begs three questions - check what exactly, change how, and go where?

In the absence of clarity or certainty, companies are doing what they can. Some are establishing units in mainland Europe, keeping one foot inside the European Union. Others plan to invest in their administrative capacity or their marketing. Many print service providers are factoring in the impact of price rises from suppliers and taking steps to ensure continuity of supply.

Many managing directors will console themselves with the thought that “At least we’re not based in Northern Ireland”. Those businesses that are in Northern Ireland will operate on the basis of F. Scott Fitzgerald’s famous quote: “The test of a first-rate intelligence is the ability to hold two opposing things in mind at the same time and still function. One should, for example, be able to see that things are hopeless yet be determined to make them otherwise.”

Some analysts insist that, whether there is a deal or not, Brexit will be just like the Millennium Bug furore and that the catastrophic scenarios being spun by some in the media are just the latest phase of ‘Project Fear’. (One head of a professional association told me, in private, that ‘Brexit is a perfectly sensible economic strategy - if Britain were still a Seventeenth-Century maritime power’.) Others maintain that as the British economy didn’t improve much when we joined the EU in 1973, it probably won’t deteriorate dramatically when we leave.

There is something to be said for keeping things in perspective. That said, such rosy nostalgic memories of the British economy in the 1970s have little to do with reality. In the first quarter of 1974, before EU membership had time to simulate business, the British economy shrank by 2.4%, even exceeding the impact of the credit crunch in the last quarter of 2008. (Obviously, Covid-19 has wreaked greater economic havoc: the UK economy may shrink by 10% in 2020.) With inflation briefly soaring to 20%, Britain had to beg the IMF for loans in 1976.

To be fair, the OPEC oil embargo didn’t help. Much of the pain was self-inflicted, with the Edward Heath government’s kamikaze ‘dash for growth’ policy and the industrial unrest that led to the Three Day Week and power cuts. Even so, this period was typified by the kind of economic, social and political turbulence governments usually do their utmost to avoid.

If the first year out of the EU is as problematic as our first year in it, 2021 could be one long white-knuckle ride - even without factoring in the ‘known unknown’ of Covid-19 and the recovery from it. By strange coincidence, the Chinese animal of 2021 is the ox, as it was in 1973.

The most likely outcome for UK plc in 2021 hovers between those extreme worldviews. The Institute of Fiscal Studies predicts that, by the last quarter of 2024, the British economy will have grown by just 1.9% since the same period in 2019. Not great, but not a calamity either. That could change depending on how quickly consumer confidence rises on the back of a coronavirus vaccine. The county of Kent will not become Europe’s largest lorry park - although there will almost certainly be disruption at British ports.

But some bad things will happen - such as suppliers in the EU raising their prices for British customers. And, without getting unduly political, the government’s handling of Covid-19 - especially the track and trace system - does not suggest that ministers have a flair for detail or diligence. Nor, for that matter, did some of the Brexit-related contracts they agreed - and later nullified - such as the ferry deal with a company that had never even put one Boaty McBoatface on the ocean waves.

The big questions about Brexit will probably not be answered in 2021. One of those questions being: is Brexit a ‘one and done’ deal? If the economic damage is severe, what is to stop Scotland choosing independence - and, by implication, EU membership - in a new referendum? At some point in the next decade, there will be a new prime minister in 10 Downing Street and, quite possibly, another referendum with a different result. (Don’t forget that 71% of Britons aged 25 and under voted ‘Remain’ in 2016).

So 2021 Brexit Britain is unlikely to be the worst of times - or the best of times. What it will be, as Charles Dickens observed in his famous opening to A Tale Of Two Cities, an age of wisdom - and an age of foolishness.