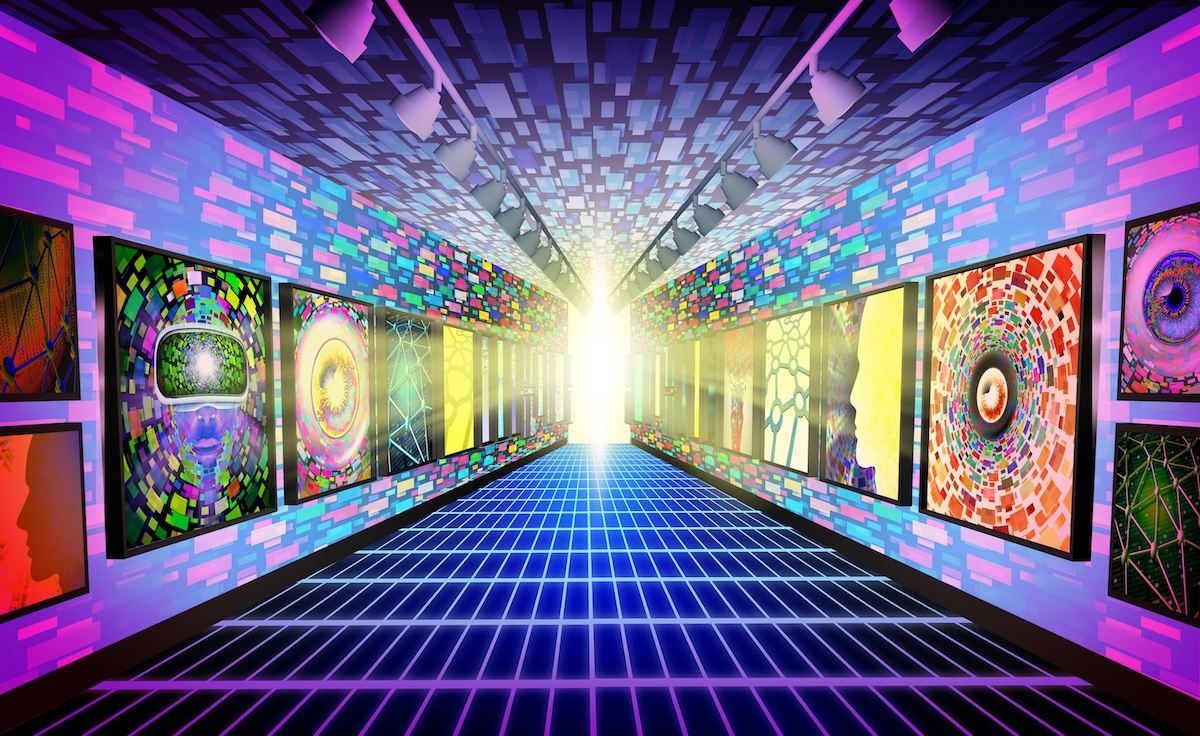 What is the metaverse, and will it ever have anything to do with you? Walter Hale future-gazes to try and find some answers.

Do not be misled by the definite article. The metaverse does not exist in the way the internet does - and quite possibly never will. The invocation of the phrase ‘The Metaverse’ merely reflects the belief of Mark Zuckerberg, founder of the brand formerly known as Facebook, that some day this realm - defined by investor Matthew Ball as “an expansive network of persistent, real-time rendered 3D worlds and simulations that… can be experienced synchronously by an effectively unlimited number of users, each with an individual sense of presence” - will belong to him.

The term was actually coined back in 1998 by Neal Stephenson in his dystopian, futuristic novel ‘Snow Crash’. Although he insisted that he was “making shit up”, the idea of virtual and augmented realities quickly resonated in Silicon Valley and the term has become ubiquitous since Facebook rebranded itself as Meta in October 2021. What does this all mean? And what, above all, does it have to do with wide-format printing?

Let’s start with definitions. There is no single metaverse. There are competing metaverses in the same way as there are rival game consoles and, going back a bit, were opposing video formats VHS and Betamax. It remains to be seen whether we will be able to move freely between the metaverses being developed by Apple, Google, Meta, Microsoft, Niantic and Valve or have to make a choice and stick with it, in the way that gamers opt for PlayStation. Nintendo or the Xbox.

Not only are there different metaverses, there are different levels of metaverse. At the simplest, most basic level, you might don an augmented reality (AR) headset or, more likely, a pair of glasses which will transform your experience of the place you are in. This is the metaverse Apple is focusing on. The next step up, envisaged by Zuckerberg, is to wear a virtual reality (VR) headset which transports you to a completely made-up place. You will be immersed in this fictional universe and experience it as if it is real.

Some tech titans (notably Elon Musk) have a much more ambitious vision of the metaverse. In his view, the metaverse will culminate in a ‘final platform’ in which implants or electrodes in our brains interface directly with computers. This is where the metaverse ends up feeling like an extension of ‘The Matrix ‘movie franchise.

Ultimately, it’s a question of how much metaverse we will want. Will we be content just to have an enriched gaming experience with a pair of VR glasses? Or will we feel that the only way to get the full benefit of the metaverse is to let a surgeon tinker with our brains?

For corporate applications, a middle way might appear. The gamut of possibilities varies from more sophisticated, more engaging virtual meeting to virtual recreations of the print job clients are ordering and, alas, a virtual twin of a retail outlet complete with virtual - rather than printed - signage.

Of course, there are obstacles ahead. For a start, taking a very parochial view, this country’s digital infrastructure can barely support existing data traffic (it almost hit the buffers last December when Amazon Prime streamed six Premier League games simultaneously). It is unclear who will build and pay for the infrastructure to deliver the metaverse and, given that even a modest version attached to a games console could add £150 a month to our electricity bills, cost is an obvious barrier, certainly compared to the internet and social media which, as consumers, we tend to regard as free. There is also the contentious issue of personal privacy, on which Facebook/Meta has a particularly dismal record.

The other fear is that the metaverse will worsen climate change. Training one AI model to interact in the universe, it has been estimated, will produce five times as many carbon dioxide emissions as a car emits during its lifetime (and that includes those produced by manufacturing the vehicle). Data servers already account for the same volume of greenhouse gas emissions as the aviation sector. If the metaverse requires, as Intel estimates, 1,000 times as much computing power as we have today, the environmental damage could be severe.

There is one large caveat about the metaverse. As the Australian academic Nick Kelly puts it: “What compelling human need does the metaverse fulfil?” In his view, most ordinary citizens have more prosaic concerns - like making ends meet - than wanting a spatial presence in this new realm. It is, as he points out, absolutely clear why the tech sector is so intrigued by the metaverse: “The calculus is simple: the more of your experiences that happen within their platform, the more money they make. That is what driving their investment.”

Getting creative with cardboard