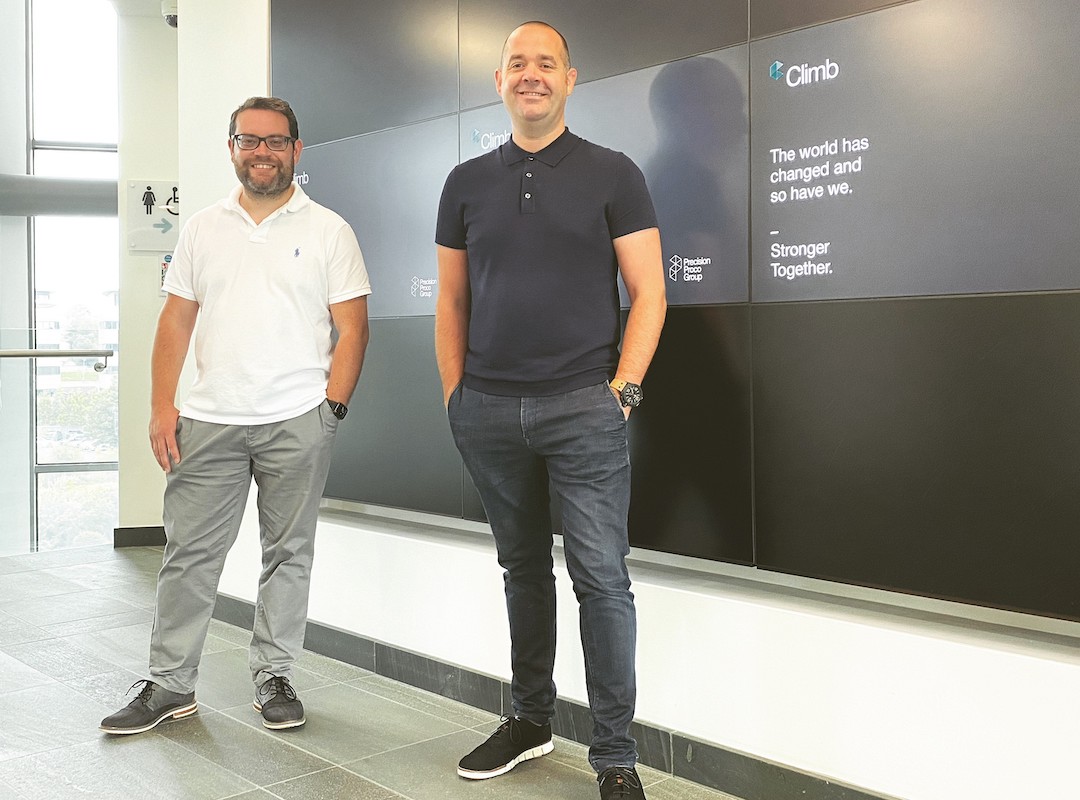 Gateshead-based custom web solutions company Climb is on a recruitment drive following its assimilation into the new Precision Proco Group.

The company - which has been in operation for almost ten years and has a long relationship with other group company Where The Trade Buys - is now looking to recruit a range of skilled developers.

Managing director, Chris Henderson, said the volume of work and the speed at which the company is developing new products means it needs to increase its staffing. “We’re initially looking for around four new people to join the team at what is a very exciting time because we are pushing the boundaries and working on some really cutting edge products.”

Those products include new API applications plus other new products - currently under wraps - that it claims will have a huge impact on selling print products online.

“We have been involved with Where The Trade Buys from the very start, before it was taken over by Precision years ago, and we have been an integral part of its growth,” said Henderson. “It’s an amazingly successful portal because it is simple to use with so many functions and makes buying print easy.”

Recent developments by Climb for the site is the introduction of split delivery via the website. “We are now working on some really brilliant projects and it’s a very exciting time for the company,” said Henderson.

Doing it for you?

Using a bit of intelligence

Making a clean sweep of things