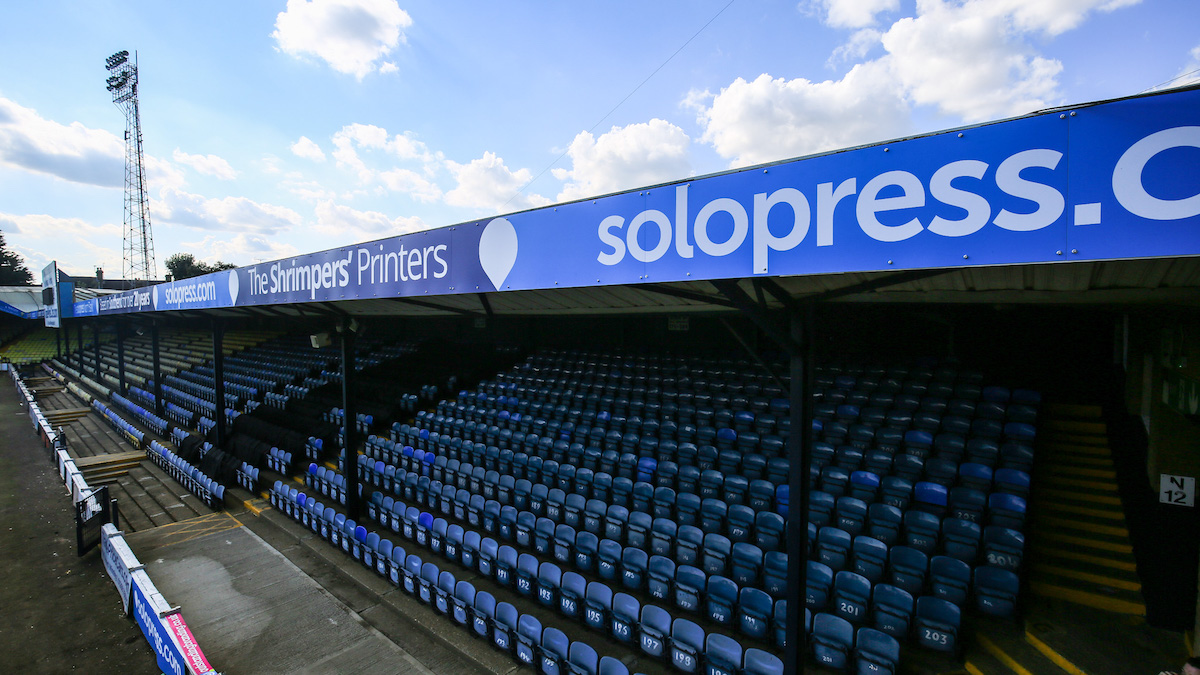 Solopress has become the official print partner for Southend United football club, and is also sponsoring its North Bank stand at the Roots Hall ground.

The online printer - which has been based in Southend for over 20 years and has its headquarters less than a mile from the Shrimpers’ stadium - will install advertising boards above the ‘Solopress.com North Bank’ stand, as well as around the players’ tunnel, TV gantry and the Solopress corporate box. As official print partner to the club, Solopress will offer its services to the club’s other sponsors.

It's not the first time Solopress has been involved in football sponsorship, and with Southend United Football Club itself. In 2018, it sponsored Southend goalkeeper and England hopeful, Harry Seaden, donating £5,000 towards his development over the course of 10 months.

“We’re thrilled to be partnering with Southend United, and we look forward to being involved with the next chapter of the club’s history. There’s a significant band of Shrimpers fans among our workforce, and they’re particularly excited to see Solopress getting behind their team! Supporting our local side represents a fantastic opportunity for Solopress to connect with our community and build relationships with other businesses involved with the club,” said Solopress MD Simon Cooper.