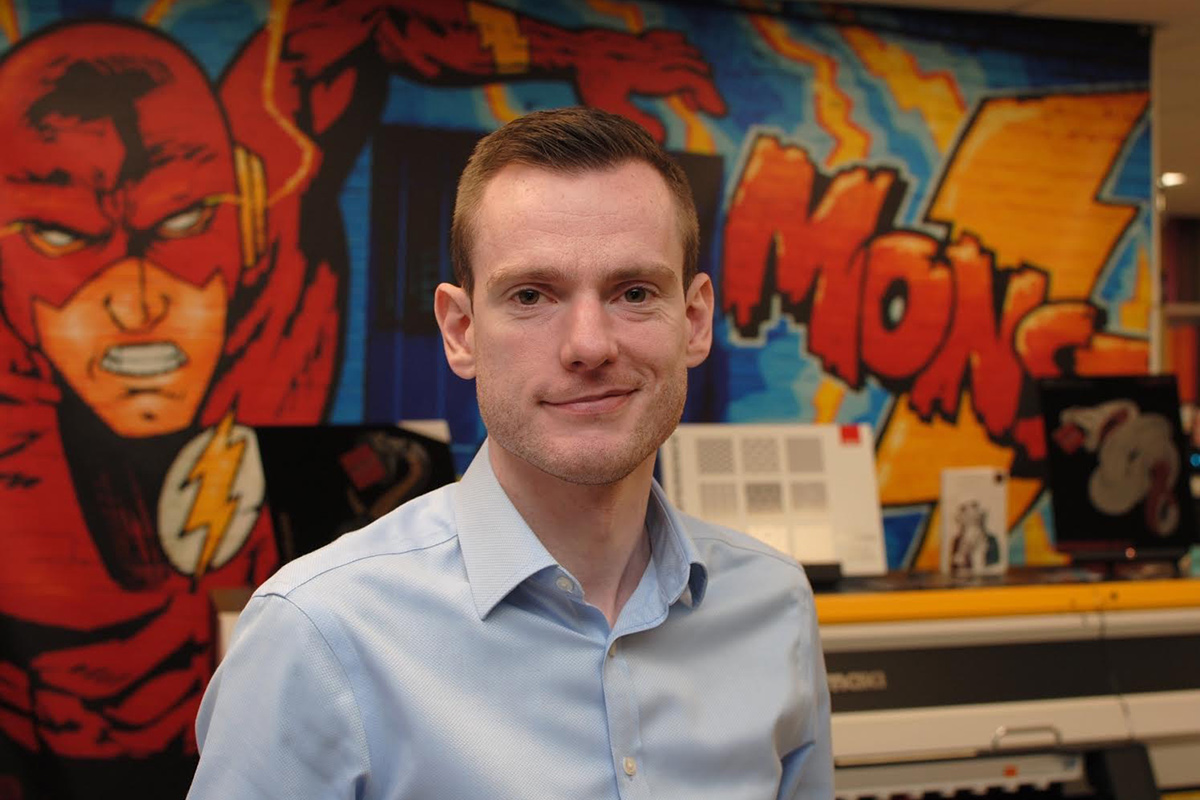 If you are a winner in the new UK Graphic Awards this year, the organisers will help you get yourself noticed - and ensure potential customers understand the possibilities of wide-format print.

“We will help winners work out where and how to distribute information on their win to make the most noise and create a buzz around the creativity of large-format print projects.” That’s the promise of Dan Tyler, managing director of Vism and instigator of the new UK Graphic Awards running in association with Fespa UK this year, the aim of which is to celebrate those companies delivering the most impactful jobs and, crucially, to get the work noticed by those who really matter - customers.

“Creativity is the focus of these awards - not the technical aspects of the nominated projects but the impact they make on the market they’re meant for,” Tyler explains. “We are looking for companies to nominate their most impactful work - the jobs that really catch people’s attention. We’ll then help the winners make noise in the markets they serve.”

Tyler, fed-up with the lack of large-format print specific awards schemes available in the UK, specifically approached Fespa UK association to back his idea “because it’s the leading body for the sector and the awards will carry more weight in the industries/markets where winners want to show they are doing something of real merit if it is backed by them,” he says.

Naming the scheme the UK Graphic Awards was a carefully considered choice too. “It is about focussing on the graphic and creative aspect of the jobs, says Tyler, a one-time recruiter for large-format PSPs.

“One of my biggest challenges as a recruiter was that this industry can be so inward looking. There’s a need to expand knowledge of, and knowledge into, the vertical markets it serves. There’s a real need for print companies to get their best options in front of those who may buy from them.” And it’s a lot to do with that recruitment history that the marketing campaign around the UK Graphic Awards is so social media centric.

“I know that those in markets like retail design and exhibitions are very heavily involved in social media. LinkedIn especially. That’s why we are focussing so much on social platforms, LinkedIn in particular,” says Tyler. “That is a valuable education tool - one where PSPs can show off what print can do. The awards will feed the buzz.”

This feeding programme begins as soon as a PSP has submitted an entry. The organiser will send the nominee an email making them aware of the various hashtags associated with the awards - #ukgraphicawards, #ukga2020, #bebold - and encourage them to shout about being involved. When the shortlist is announced in the summer, the awards team will also use social media as well as its website and traditional press release routes to flag up the projects. That will of course happen again when the winners are announced, but as Tyler points out, the organisers will also help the winning PSPs pull together bespoke marketing surrounding their achievement.

“We want the winners to get real value out of these awards,” says Tyler. “We also want to be able to say in 2021, ‘look what an impact winning an award mean to last year’s winners’. And that’s about getting their creativity in front of customers.”

So you want to enter:

Nominations are sought for the categories set out below for projects undertaken between 1 July 2019 and 30 June 2020. The closing date is 3 July. The shortlist will be announced in the last week of July and presentations made at a gala event 15 September 2020 at Oulton Hall in Leeds following the associated Thrive in Print conference.