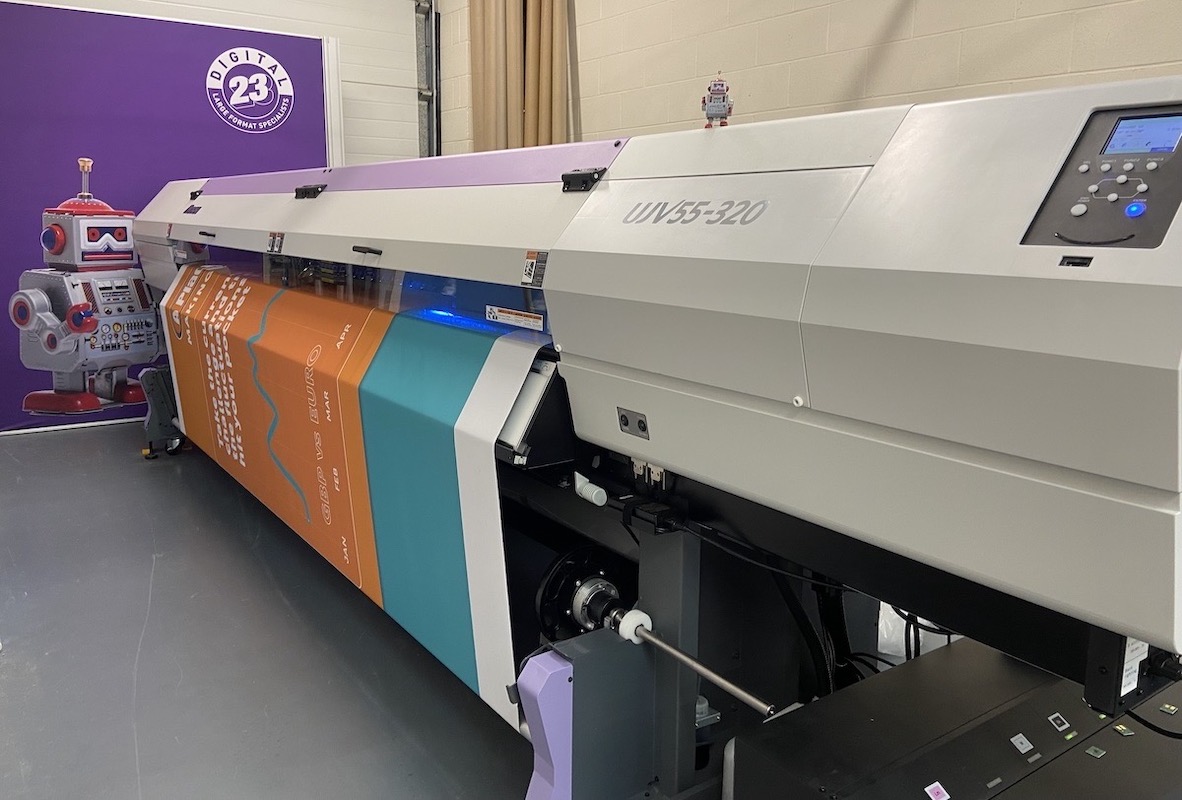 Wiltshire-based Digital 23 has bought a 3.2m-wide Mimaki UJV55-320 UV LED roll-to-roll printer so that it can print all its textile work in-house and expand into new markets.

“The Mimaki UJV55-320 is a gamechanger for us due to its size, speed and versatility. We were previously outsourcing our fabric printing, with a four-day turnaround time. Now we can print as soon as a job is approved and the job is completed on the same day, saving us three days of production time. It’s a win/win for sales and production,” said Calvin Hedley, joint owner of Digital 23, which bought the new printer from CMYUK.

Digital 23 - formed by Hedley and his business partner, David Pape in 2019 - specialises in exhibition graphics. It started out with HP technology but during lockdown added a Mimaki CJV30-130 print-and-cut solvent machine. The investment in the new UV printer was a natural progression.

“We were looking at 3.2m wide machines as we were basically farming out our fabric print work and then finishing the prints in house as required. We had a really busy few months from August to November last year that just highlighted that fact that it made sense to bring the production of fabrics back in house,” said Hedley.

He added: “The Mimaki UJV55-320 fulfilled our primary goals but also because of the UV technology, we could add the versatility to produce a much wider range of printed substrates. We have also switched all our foamex board production over to it.  It’s given us the opportunity to expand into other markets like interior décor because we now have full control and can offer competitive pricing and improved service.”