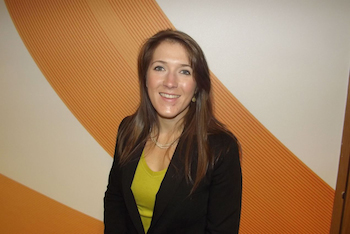 Recent employment tribunals have held that overtime should be included in the calculation of an employee’s holiday pay. Abigail Halcarz, an employment solicitor in the commercial group at SGH Martineau LLP, considers the ramifications for employers.

Figures from the Office of National Statistics confirm the UK economy grew by 3.2% in the second quarter of 2014 compared with the same period last year; the best economic performance for six years - but there may be a dark cloud on the horizon for many UK businesses as employment lawyer Abigail Halcarz explains.

“Three recent employment tribunals have held that overtime should be included in the calculation of an employee’s holiday pay. Although domestic law has accepted that guaranteed overtime does form part of normal working hours and should be included in holiday pay, these cases highlight that the position is not so clear for non-guaranteed overtime. Given the significant potential cost implications, all of the employers appealed to the Employment Appeal Tribunal (EAT) with a judgement expected soon.

“Employees are entitled to receive a week’s pay for each week of annual leave, but for many the payment will have been made without taking into account overtime pay, averaged across the year’s salary. A week’s pay is considered as either the normal rate of pay, if the employee’s hours do not vary, or the average remuneration over the previous 12 weeks if the employees’ hours do vary.

“Importantly, case law from the European Court of Justice has established that holiday pay must include payments linked intrinsically to the performance of tasks the worker is required to undertake and payments which relate to the professional and personal status of the worker.

“This whole situation boils down to whether employees received only their basic salary for the weeks they were on holiday, or weekly payments based on their average weekly earnings including overtime payments.

“The pending decisions could have serious ramifications for UK businesses, which will have unknowingly underpaid staff for many years, with claims arguably going back to the commencement of the Working Time Regulations in 1998, as there is no express limitation period.

“Employees could bring claims for unlawful deduction of wages, which would need to be brought within three months of the last in the series of deductions - a recent calculation for one of our clients revealed a potential liability of around £5,000 per employee.

“The administration of the potential claims will introduce a further cost for employers with a large number of employees and/or a long history of using overtime. Clearly, unless the employer has sophisticated HR and payroll systems, it will be a matter of manually going through employee records to establish the potential liability.

“Purchasers of businesses must take care, because under TUPE regulations, all employees, along with any liabilities transfer to the new employer, so if the company being acquired has a history of using overtime, there’s a chance of claims being brought.

“Ex-employees will be unable to bring a claim, unless they do so within three months of leaving employment. However, they may be entitled to bring a claim at any time, if they successfully argue it was not reasonably practicable to do so at the time because the case law has only recently developed that creates these new rights.

“HMRC has raised the possible tax implications, taking the view that arrears of pay are earnings within section 62 of the Income Tax Act 2003, which could extend to unpaid holiday pay - creating a demand for immediate payment.

“There are a number of actions employers could undertake to try and limit their risk, with pros and cons to each approach:

Settle with employees - this depends on number of staff and could take a long time to assess if the business chooses to reflect full entitlement.

Make a notional overtime payment - this breaks the series of deductions for any employees suspected of being underpaid, but could arouse suspicion and lead to further claims.

Suspend holidays for three months - this might render historic claims out of time, but could lead to unmanageable holiday levels throughout the year. However, there’s currently no case law to establish that a series of unlawful deductions can be broken by an occasion when the correct sum has been paid.

Change policies - including overtime in future holiday pay. Calculations may need consultation with trade unions, but will end with the desires of deductions with reared to unlawful deduction of wages. Employees would then have to claim within three months of the changes, otherwise they will lose the opportunity.

Tighten policies - if it is unclear whether overtime is guaranteed or not, businesses should ensure employment policies establish that overtime is not guaranteed.

"Until we have the judgement, the position is unclear and the likelihood is that most employers will choose to wait and see what happens, but employers acting now could limit the number of claims being brought. The situation for every organisation will be different and seeking expert advice could help head off what could potentially be a devastating expense for many businesses.”