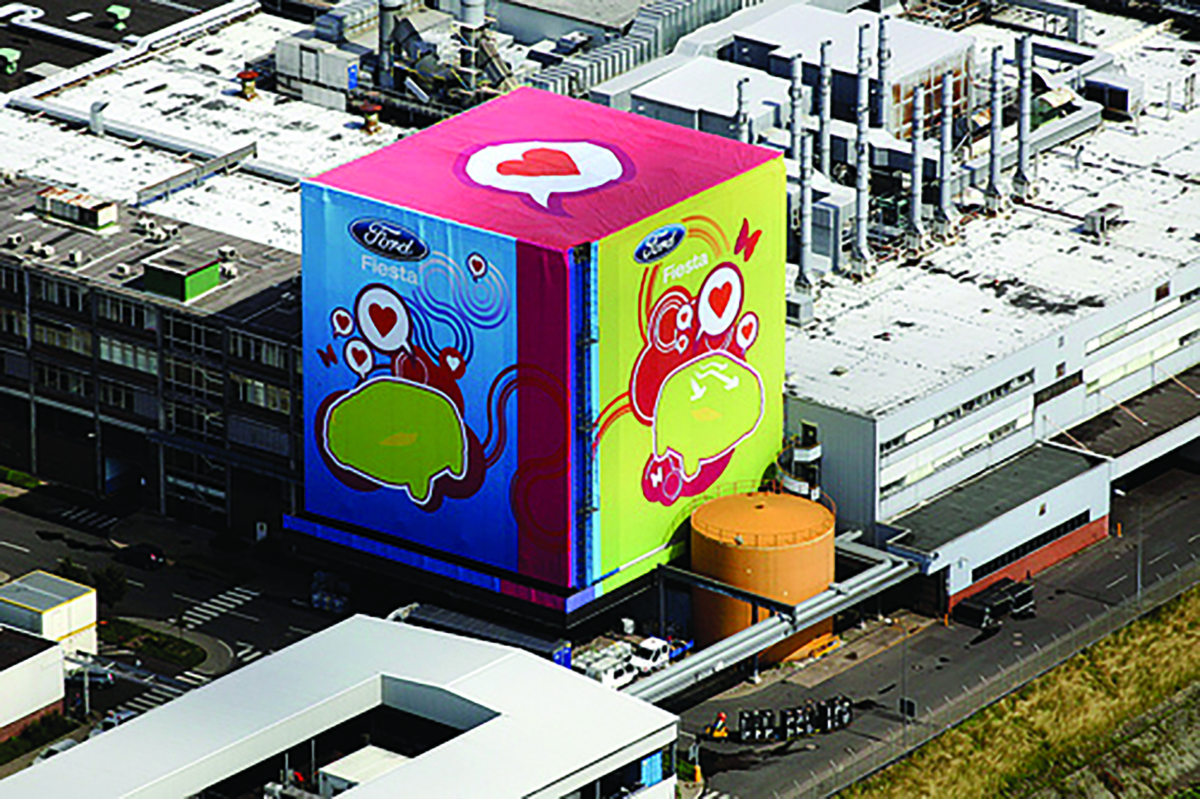 Imaginators is giving itself a year from the installation of a Durst Rho 512R to increase turnover 20%. So is it all about that machine’s speed and flexibility?

Expect to increase your turnover 20% by May 2018? Imaginators does, as boss Matt Tydeman outlined earlier this year, citing recent investment of around £400,000 in a 5m wide Durst Rho 512R as the key reason for the anticipated hike at the £2m turnover company. Capable of running speeds of up to 350m2/hour, the machine has certainly provided a massive productivity jump for the Essex-based company, but as we all know, speed isn’t everything - Tydeman also has a canny business development strategy in place that he hopes will bring profit, as well as sales, growth. The bottom line is to ensure clients recognise Imaginators “not as a print company, but as a production company”.

It’s a strategy that reaches back to Imaginators’ formation in the late 1990’s, when it was born out of Swan Graphics - an East London large-format trade repro business formed by Tydeman’s father in 1976 and which Tydeman the younger joined in 1985 as an apprentice drum scanner operator. Having started off producing large-format film and plates, Tydeman senior plumped for the biggest scanner available - the SG777 - at the time of his son joining the company and subsequently converted it into an imagesetter. He then bought another SG777 and by the early 1990’s “we had a great little niche producing large-format posters etc., but also handling very specialist work for cartographers direct. But it was all still film and plates then - business we could see would get eaten up by CTP developments. Inkjet was coming to the market, and in 1995 we bought our first inkjet printer, a Rastergraphics PP5000. We also set up another arm of the business called Swan Colour Press as a short-run specialist but on the same site as Swan Graphics.”

Focus was shifting, and when they opted for a 5m wide NUR Blueboard and needed more space, the strategic decision was taken to buy the current building “and to differentiate Swan Graphics as a pre-press arm and form Imaginators as the print arm – and to close Swan Colour Press,” explains Matt Tydeman.

“We had seen that inkjet was the future. But we had a huge learning curve. We had a fantastic 5m wide machine but no work for it - nothing 5m wide anyway! The machine had been built for a market that didn’t exist. People just glazed over when you started talking of what a 5m machine could do, but NUR gave us a lot of assistance and we spent a year exploring possible markets. We thought trucks, but that didn’t happen, and banner/POS became the market. As other manufacturers began bringing out machines and other printers like us started to fan the fire under customers, print prices started dropping. By 2004/5 we realised we needed to do more than produce print, and that we needed to add value at the front and back end of a job - and in niches where that would be appreciated most.”

The result? By 2005 Imaginators had turned itself into a ‘production company’ specialising in live events (music, entertainment etc) and sports events “to fill the seasonal gaps in the live events calendar”. Now 50% of the company’s turnover comes from live events (the rest spread across markets such as exhibitions, retail, property, outdoor advertising) where “clients want more than just print.” 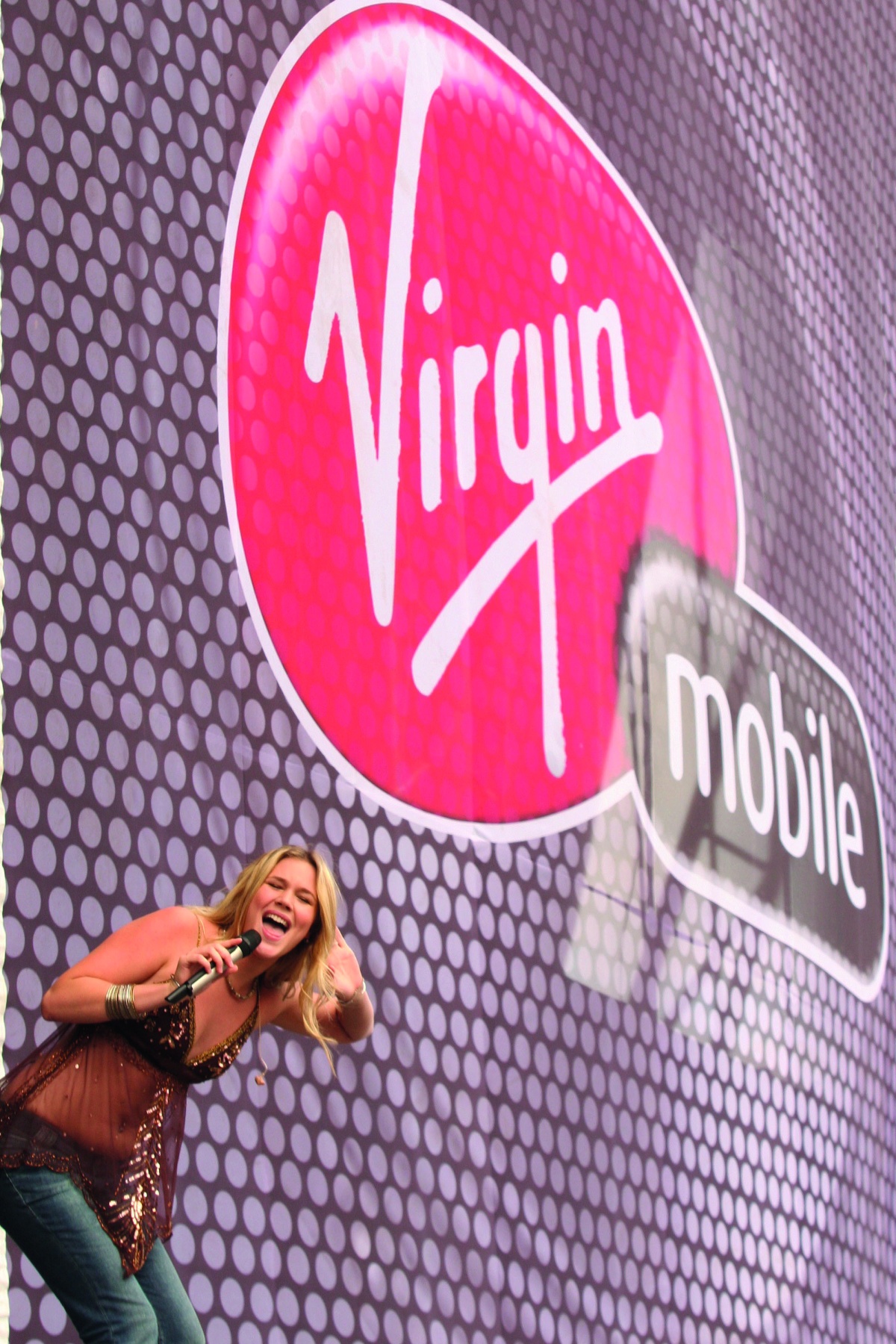 “We learned that we could make more money by dealing with clients direct rather than as a trade service provider,” says Tydeman, pointing out that “agencies in particular want suppliers that can handle everything from consultancy at the front end of the job to fitting at the back end.”

Agencies currently account for around 20% of Imaginators’ turnover – direct end companies account for 30% and design companies practically all the rest. Trade work is less than 5%.

“We have a really knowledgeable team that can talk the language of our customers and apply it,” enthuses Tydeman, referencing jobs won through the company’s wider understanding of customer needs, sector specialisms, and a willingness to do more than ‘just print’. “So, we are a model maker, for instance,” he says, pointing out that they produced glittered models of hands for table centres at one event.

“We see growth coming from areas - events, sport, retail – where there’s a demand for tricky and the experiential work. Our strong point is being able to deliver whatever customers want, and we’re being asked for more and more abstract things as well as print.”

Yet Imaginators does not have a dedicated design department despite the increasing swathe of wide-format PSPs going that route. “We don’t have a design department but we do have a creative eye and people who know what we can do - for instance, there’s a guy who knows exactly what we can achieve with our Kongsberg etc,” stresses Tydeman, who admits “we’re not making enough of that yet”. In terms of staff, he adds that “the next step for us is maybe getting a 3D engineer.”

The company may not have a dedicated design team, nor a dedicated R+D team/budget, but it does have a dedicated R+D area used to show clients what is possible. “Increasingly we’re brought into a project very early, especially on the live events side, and get involved in developing solutions. Take acoustic mesh for example. Our studio manager met with the client to talk about how we could cover the enormous speaker stacks with graphics for a music festival. It means not only working with a substrates manufacturer to get what we needed, but liaising with sound, lighting people etc to get whole stage set looking and working right.

“In fact in the early 2000s it was the change of sponsorship at a music festival that was a turning point for us. We were brought in to do a last minute change of graphics and that helped our reputation. And of course, those kind of events are great for networking. You’re backstage so you get to know a lot of people in the sector, who ask if you can do X?”

Stretching to exceed customer expectation is something we hear a lot about, but not everyone walks the talk. Imaginators does. Tydeman offers an example. “We were doing printing for a hotel being used by a German music festival that we were also working on, with 12 venues across the city. All the hotel rooms were themed - the Elton John room for instance - and all the artworks in each room, keyfobs etc were personalised and printed by us. The rooms were given to different people of different nights so we had rapid turnaround. We took a printer with us so we could print on site, and we took a German translator with us too. The important thing was for the festival organisers not to have to worry about the things that we said we’d look after.”

To ensure it keeps ahead of the game, Tydeman says Imaginators’ next focus is on making more of the Optimus MIS it has been bedding in over the last two years, buying another flatbed printer, and a dye-sub textile printer. “Then we’ll need more people and more space so we’ll probably have to move,” he laughs. “In five years I hope turnover will have grown significantly”, he says “The whole experiential thing is providing great scope for development.”