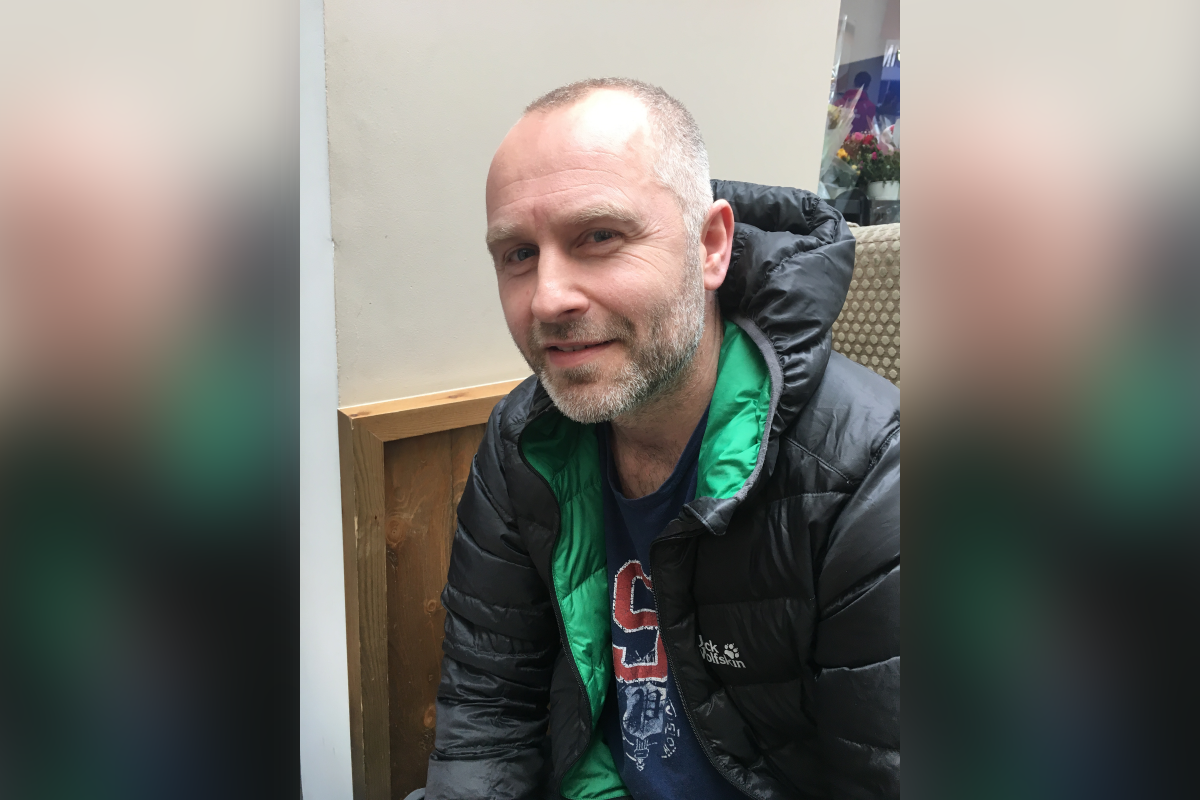 Digital Tyger is really one-man-band Chris Pitts. He doesn’t print, but he works with those that do - and with customers they might not otherwise reach - to deliver creative printed interiors. But could closer working relationships extend that market?

“There’s a void between designers and print production. It’s always been like that. I can straddle both because I understand both.” And that’s why Chris Pitts of Digital Tyger is doing so well for himself. He earned his stripes by coming up through the ranks at signs companies - involved in both design and production - before setting up his print management/consultancy firm in Leeds to specialise in interior graphics. Bespoke printed walls and ceilings are really his thing, though he’s branching out into other interior applications, such as stretch-fabric acoustic screening. He’s in demand by architects, interior designers, design and build contractors and fit-out companies…they’re all coming to him for creative interior solutions, which he manages from start to finish. The future’s looking bright - but he thinks that with better communication and more symbiotic relationships it could be brilliant.

“Don’t get me wrong. The interiors market is really taking off and you can make good money, but the way the industry works means there are gaps in how everything comes together. If they can be filled I think more people can make more money,” says Pitts.

The most obvious gap is the one we all recognise - that between creatives and print providers. Pitts’ background enables him to bridge that. “I left school at 17 and my first job was with Cotton Signs in Leeds where I started on the drawing board. Three years later I got a job at Ashley Signs. They bought a computer and a vinyl cutter and all of a sudden I started getting involved in production. Then we got Gerber software and began to build a digital workflow with an Encad machine so I stared training on that. The upshot was that I understood design software and production technology.

“Then I had an idea - why didn’t I start selling canvasses and prints alongside my day job to make some extra cash? That’s why I set up Digital Tyger seven years ago. But I didn’t make much - there were too many people in the marketplace. Then an Ashley customer made the penny drop and realise how I could make money - bring together all my knowledge of graphics in the walls and ceilings graphics space where there were loads of rubbish jobs. Customers were expecting one thing and print companies were often not living up to expectation, with peeling substrates etc. I knew I could talk to both the creatives and the printers and do a much better job.”

The upshot was redirection for Digital Tyger five years ago. Since then the company - basically Pitts, who operates with the title of creative director - has gained a reputation for managing such jobs, using a list of preferred suppliers for media and print, and when necessary for installation, though Pitts handles most of that himself. A year ago he honed the company’s focus further, to concentrate solely on B2B.

“At first I had a lot of fingers in a lot of pies, but I whittled it down to those with whom you can have proper conversations about the job, with proper managed expectation etc. I know what works and what might not. I have a preferred list of printers that I use because I know they’ll do a good job. And I use substrates I know work for different applications.”

But, as Pitts points out, “there are missing pieces of the jigsaw”. “Media suppliers come to me and tell me about new materials and what can be achieved with them, but I do wonder why they aren’t doing more to the end customers - the architects and fit-our specialists etc. - to explain what can be achieved.” Having pointed out to Pitts that many substrate suppliers are now doing just that, his response is: “Maybe they are, but they don’t tell me about it - and they’re not promoting businesses like mine that handle a job from concept through to installation. They could do a lot more to bring people together

“Also, what doesn’t help is that some media suppliers continue to sell products that are just not fit for purpose - that doesn’t help the sector create the right image with designers.”

Neither does poor application/adhesion of graphics. And here Pitts has taken matters into his own hands, having worked with Tor Coatings to develop ‘Silver Bullet’, a painted wall water-based primer trademarked to Digital Tyger.

It’s just not acceptable to have wallpapers peeling off or seams opening, but I couldn’t find a primer I liked for the media used by the large-format wallpaper print market,” he explains. “I had to order 500 litres of the stuff and it’s taken two years to use it! I will order more but I think I should start selling it commercially, maybe via a media supplier as I don’t want to have to stock and ship it! They could recommend it.”

When it comes to creating new opportunities, Pitts thinks printers could do more too. “While I work with certain printers and am always talking to them about possibilities I find that I have to do all the legwork. Printers don’t come to me with ideas of what they can achieve on various new media, or with new print technologies for instance. That’s another missing piece of the jigsaw - both sides would benefit if they did that.”

Having recognised the potential for stretch-fabric acoustic screens for himself, Pitts is just beginning to move into what he calls “a real growth market”.

“Noise absorbing fabrics offer a great chance to bring something new to the interiors market and fit well with the wall and ceiling projects I work on,” says Pitts, who has undertaken various training courses to understand how they print and install.

He now has his eye on printed flooring and furniture as he takes Digital Tyger into its next phase, and he’s not blind to a buyout by a larger operation wanting to build upon his experience. “If a bigger company wanted to eat up my business I’d look at talking with them.”