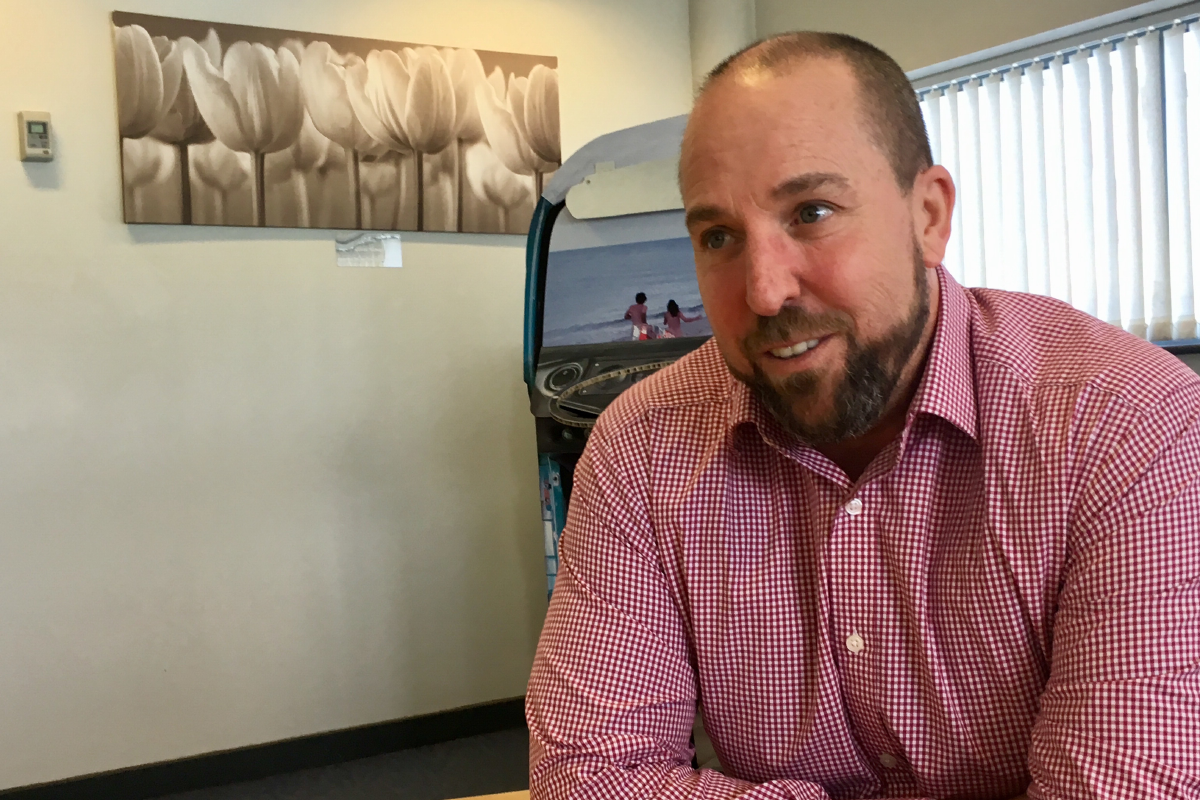 News of an MBO at North-East-based Simpsons Group came in February. The move saw well-known chairman Mark Simpson and his shareholding brother and sister exit the business formed in 1972 by Bill Simpson. Bill McNally (MD) and John Quinn (finance director) have stayed on to “lead the new management team through a period of transition” but in August the new management team takes over. So how will an MBO affect what was a family business? I asked new commercial director Mark Jerrard.

At the time the MBO was announced its outgoing chairman Mark Simpson said: “We have been working for several years on a succession plan.” Can you expand and explain how the MBO team came together?

All the MBO team were interviewed for senior management positions quite a while before we realised there was a chance to buy the company! Over the last two to three years Mark has been getting his ducks in a row because succession planning is not something that can be done quickly, and we’ve all been working closely with the board for some time - looking at business strategy etc. and being fully immersed in how the company operates.

Well over a year ago now, we four senior managers - those of use who make up the MBO team: [Dean Williams, MD; Mark Jerrard, commercial director; David Dowson, production director; Sarah Tishler, training and development director] - were in a meeting with the board when they put a slide up and asked if we’d be interested in buying the business. It was actually a surprise to be honest.

We should be safe hands. Together the MBO team has over 100 years knowledge of the printing industry and has a great deal of knowledge of the Simpson Group specifically. Plus, two of us - Dean and myself - are very customer centric, and two - David and Sarah - are internally focused, so there’s a good balance.

Simpson Group was a family business. Now it’s not. Do you think that in itself an important shift?

Dean Williams has referred to a three-year business plan - to drive forward future growth plans in both retail and in new vertical sectors - and with continued investment in technology to create high value jobs. Can tell me more?

Retail has been our traditional arena as you know, but there are other markets out there that fit with our capabilities and we need to explore those. We need to diversify beyond retail - which will remain our bread and butter - and if we can get our automation right we can create higher value jobs within the factory, especially for certain markets that will be somewhat new to us.

The three-year business plan started November 2017 [the company’s financial year ends 31 October], and the aim is to increase profit as well as turnover. We see particular opportunity for delivering print solutions - of the type we already process - in areas like the coatings and horticulture markets.

We are now doing quite a few units - FSDUs etc. to hold tins of paint or whatever - for the coatings market. The actual printed product may be classed as print for the retail space in that the units are being used to hold items to be sold - but it’s a different set of customers that we’re dealing with. We are making the units for the coatings companies not for the retailer.

We are continually looking at new markets, and always have done, and that will continue to be the case.

In terms of investment in technology that’s an ongoing situation. There’s nothing specifically that we’ve decided to purchase. We’ve got all the main bases covered.

The Simpson Group is an £11m turnover business with more than 100 staff at its NE HQ, and a satellite operation in Langley. Given your three year plan, should we expect it to look much different by the end of 2020?

I would hope our turnover would be £13-14m by then, and profits up thanks to the new markets and customers we’ll be going to.

The thing is, while we have vision for growth, it’s not going to include massive change. Prior to the MBO we’d already done research and chosen markets where we think we can make more money and diversify beyond retail - a sector that we can’t rely on because while we do well from it, it’s facing a tough time.

We expect our customer base to grow as we go into new markets, but the thing is, the business overall has got to stay the same.

What hurdles have you had to overcome in the transition phase, and is there a message to other potential MBO teams there?

It’s very early days! Maybe we’ll have more to say on that is six months.

The biggest challenge we’ve faced is in terms of the workforce. Some of the staff have only ever worked under the old board, so this MBO is the biggest change of their working lives. As an MBO team you have to understand that. But what certainly helps is that all of us on the new board have been around for years now, so we’re known to all the staff and that’s hugely significant when it comes to having a smooth transition. I think it must be much harder if you take over a company where you’re not known.

What Bill [McNally - current managing director] has done is ensure everyone internally understands the gameplan. And that all the customers do too.

What sort of a role do you expect the new non-exec chairman - David Darcy of Vistage International - to have?

He knows us very well and has been involved with the company for a long time, so it’s really a case of him being there to add support and provide guidance in a kind of mentor capacity.

All of this is quite new to us in the MBO team. We’re still very much in a transition period, but as far as we’re concerned it’s important to get the message out that it’s business as usual. We have an established relationship with the former shareholders and directors and that’s been key to what is proving to be a smooth handover.