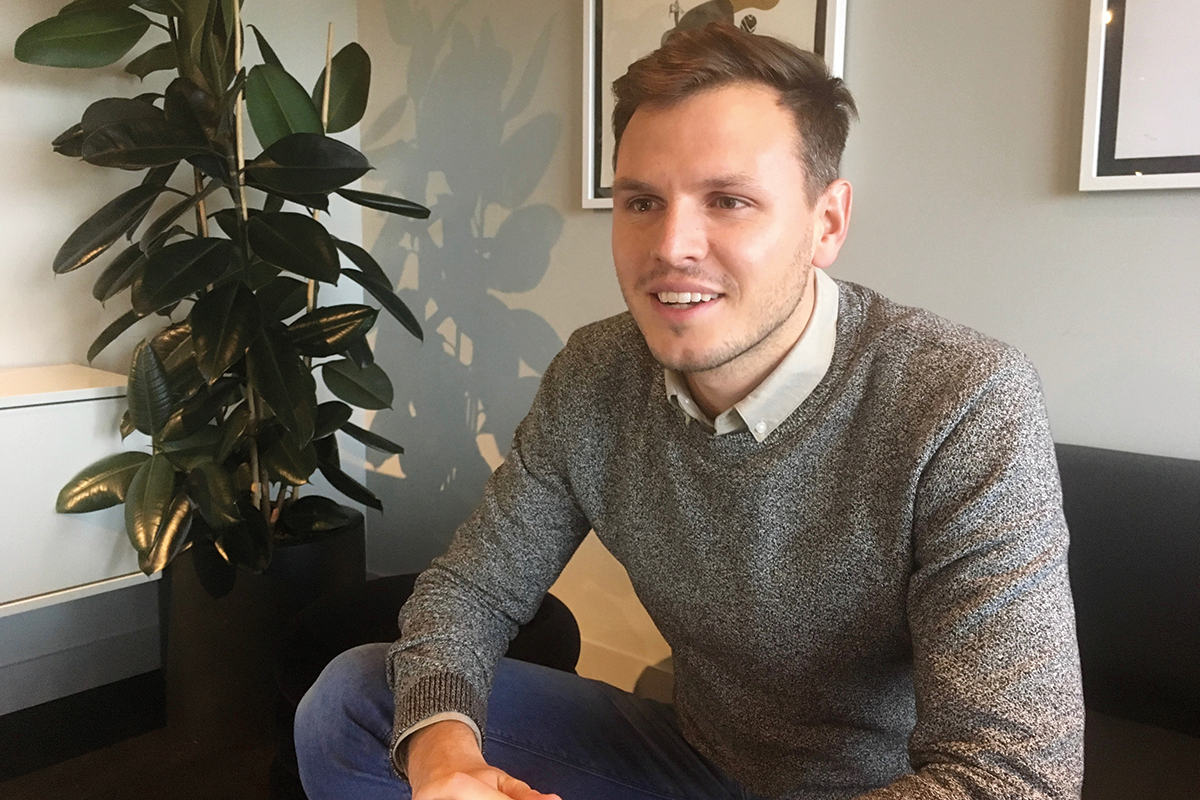 Money talks. So what have you been hearing about R&D Tax Credits? That it’s an incentive out of your reach? Don’t be too dismissive. Innovation can and does pay, as the likes of Signbox and Augustus Martin will testify. So can you too get a tax rebate on your development work, or is it too much hassle for the pay-back? I met with Adam Kene, MD of London-based R&D tax incentive advisory Kene Partners for the heads-up.

Your company specialises in R+D tax advice, so I’m assuming you see that there are plenty of companies out there that are yet to make proper use of this relief?

Yes there are plenty of businesses that could have a share of what’s effectively free money, but apathy is a dangerous thing!  And businesses are so used to seeing money just go in one direction when it comes to HMRC that they can’t believe in the possibility of it flowing the other way. Plus, companies rely quite heavily of their accountants, and tend to think ‘well, if this was a real opportunity they’d have told me about it’. But, it sits in this really awkward area that is quite tricky to navigate.

R+D tax relief has been around now for 18 years in the UK. Last year there were 42,000 claims made and HMRC paid £3.5bn, the majority going to large companies. But that doesn’t mean smaller companies can’t claim. This is a Government incentive scheme designed to encourage innovation in the UK, and they’ve worked out that if they spend £1 on R+D then it has a £2.65 knock-on effect on the economy, so they see it as an overarching good thing if businesses claim!

At a recent Round Table discussion among print business owners, Signbox MD Mark Bartlett was talking about the use his business has made of R&D Tax Credits. There was some confusion as to who could claim for what, and whether it was worth the effort. Is there a short answer to that?

Of course you also need to be undertaking ‘innovation’ as per the definition set out. And this is probably the most confusing part as it’s spread across 700 pages of guidelines.

So can you precis those?

Firstly, ask yourself if you’re employing technical professionals or contracting/subcontracting them to solve technically challenging projects within your company.

So, say you wanted to check-out printing a new type of design onto a substrate that you don’t normally use and that it was beyond the normal specifications of the printer so you needed to go through an experimental phase to find out if it would be possible to get the quality you wanted and meet other requisite criteria - does it wash as it needs to etc. - this would qualify as R+D.

The big question to ask yourself is: ‘Is the answer to the issue I’m trying to solve available in the public domain?’ If not, then ask yourself: ‘Is it available if I speak to other people in my business?’ If not, you’re probably doing R+D.

People think that if they know of another company doing something that is perhaps more technically challenging, then that means they won’t qualify. That’s not the case. Even if another company can do what you’re trying to do - they’ve worked out a way of doing it but they haven’t told you how to do it and you’re having to work it out for yourself - then you are doing R+D.

In most technologies - not just printing specifically - what happens is that current knowledge and theory takes you so far, then there’s 10 - 30% of the job process that’s yet to be solved. It’s that last bit that’s considered R+D activity.

It’s a common misconception that if you’re being paid for the job that needs you to experiment then you won’t qualify. Or that you won’t because you know of other companies that could do it. Or that you tried to work it out and failed, so you didn’t get paid because the job went in the bin. These are all really common misconceptions. If you’ve spent time and effort working something out, even if it failed, then it’s still R+D.

Naturally there are fees for tailored advice. Can you give some kind of indication of what services a printer would get from a company like yours for what sort of money?

So, our results pretty much match the national average. On average companies receive £80,000 a year from making an R+D tax claim. We work across various industries, but print clients of ours include Augustus Martin, Bluetree Design and Print, Signbox and go down to really quite small companies. We work with one on the south coast with a £500,000 turnover, and yet they still receive about £20,000 a year from their R+D tax claim.

Obviously, what you get back depends on your company size and the type of work you’re doing, so if you’re doing lots of bespoke projects - which of course many in large-format are - then you’ll probably be doing more R+D. It’s actually often the smaller businesses that have more scope to claim because their processes are less well refined so they’re pushing their own boundaries quite frequently - pushing for solutions within their own constraints.

Also, a lot of companies are now much more price sensitive and are looking to minimise waste and maximise efficiencies. And a lot have green ambitions, or want to carve out a specialist niche etc., so there’s a lot of R+D going on.

So where’s the starting point for a new claimant?

We have a team of specialists on the road that go out to make assessments on eligibility. We do a really open and transparent initial company survey whereby we review a company’s activities - it’s all done retrospectively, so we’ll look at the past two financial years. Then we basically tell them where we think they’ll fall, ballpark. We tell them how much time we think it will take to work through the claim, and explain our fee structure.

That’s all done in a no obligation meeting, which is as much for us as them because we work on a success fee basis and invest a lot in the process, so we need to be sure it’s going to be worth the work too!

I assume they can go it alone?

They can. But it’s complicated and, I should say, there’s plenty of opportunity to make errors and you don’t want to do that with HMRC. What we’ve found is that companies confident of going it alone, when they come to a marginal in or out point - be it a question over a cost or whatever - they’ll often take the less risky route because they don’t want to get into murky waters. Of course we not only know the legislation inside out but, through all of our interactions on the topic with HMRC, understand how they interpret that legislation and which battles are worth fighting and which aren’t.

We charge a percentage fee of what a claimant gets back - 6-20% depending on the size of the company. It’s more likely to be a higher net benefit working with a specialist than going it alone because of course you don’t have to all the preparing of reports etc.

We had a company say we were there with them for three hours and three weeks later £60,000 landed in their bank account. It’s not always like that and we recommend an average expectation of 14 hours of time.

You can make a claim on an annual basis, so it should become part of your normal working practices. You just need to show how you continue to develop your processes.

We have a relationship with Fespa, so members get a discount on our services. Even if they’re not members when hey start working with us, if they sign up by the time our invoice goes out, they get the reduced rate.

So why do you think there’s such a reticent among PSPs when it comes to doing this?

I think it’s simply that the term ‘R+D’ is one that companies think is beyond their reach - that it only applies to the big blue-chips. When you break down the definition it’s really about expanding knowledge and capability, and print companies are doing that all the time.