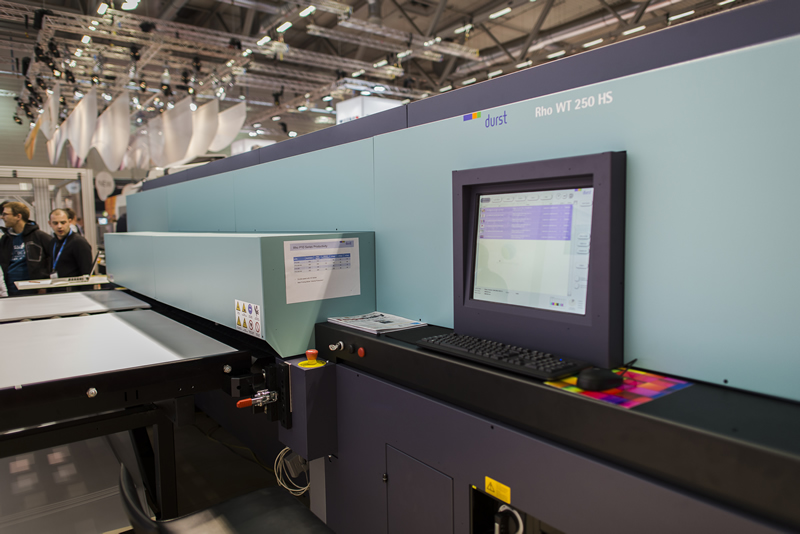 With Fespa 2015 done and dusted, Nessan Clearly reports on what it highlighted in terms of wide-format inkjet technology development and trends.

The wide-format sector is becoming increasingly fragmented as the technology lends itself to an ever wider range of applications. This was abundantly clear at Fespa, where the show was nominally split into several parts, covering textiles and interiors as well as graphics and signs. But many vendors work across several sectors so that simple classifications can sometimes be confusing, making it hard to guess which hall any given vendor might be in.

From a pure technology standpoint, there was very little in the way of new ideas at this show - rather we saw iterations of existing printers, often with slight improvements to speed, image quality or both.

To my mind, by far the most interesting of the new printers on show was the Durst WT250, which uses a new water-based ink, possibly based on Sun Chemical’s AquaCure technology.

Hanns Obermayer, application manager at Durst, explains: “The inks are UV-based pigments that are dispersed in water.” As a result the printer needs both an air dryer to get rid of the water and infrared curing so it’s quite a large machine. The standard inkset is CMYK with an option to add light cyan and light magenta.

The Durst WT250 is a belt-driven hybrid printer and takes materials up to 250cm wide and can produce up to 400m2/hr. Obermayer says that it was designed to meet customer demands for a more environmentally-friendly solution. It’s mainly meant for printing to paper based substrates such as cartonboard and corrugated sheets.

Durst is not the only company to target the corrugated market. HP also announced a new flatbed, the HP Scitex 17000, designed specifically for this area, though it wasn’t actually at the show. It uses the same corrugated grip as the recently announced Scitex 15500. But whereas the 15500 is a six-colour printer, the 17000 uses two sets of CMYK allowing it to be nearly twice as fast at around 1000m2/hr. It uses the HDR230 inkset, which is optimised for corrugated boards.

HP did show the Scitex 11000, the latest generation of its high-speed flatbed, which both the 15500 and 17000 are based on. Essentially it's an updated version of the HP 10000 and uses the same HDR printheads but with a HDR250 inkset that is suitable for a wide range of substrates including corrugated boards. However, the 11000 gains a new varnishing system, grandly titled Smart Coat technology, which HP says can obviate the need for any further lamination. It can produce up to 650m2/hr.

HP also announced new additions to its 3.2m wide 3000-series latex printers. The 3100 is a straightforward replacement for the 3000 that can produce up to 77m2/hr. HP also showed off a new 3500, a version that is designed for high volume users and takes 10-litre ink refills. It takes heavy-duty rolls up to 300kg and has a split spindle to make it easier to handle dual rolls.

Interestingly, both printers are also JDF-enabled to allow for easier connection to other systems, such as returning information on the printer status to an MIS. The JDF spec was originally developed for commercial production with offset presses but several vendors are now starting to incorporate it into their wide-format printers – a sure sign of the sheer volume that many wide-format companies now routinely produce.

Indeed, another noticeable trend is towards bigger, more productive printers. It’s a sign that the vendors see large and medium-sized print companies dominating the market. These machines tend to cost more but the volume of work is such that the ink costs work out cheaper than using several smaller printers. Naturally, since there’s a greater investment tied up in the printers, most vendors are also keen to talk about the modularity of their machines and the potential for future upgrades.

Probably one of the biggest printers at the show was the NoeCha1, which comes complete with its own enclosure in which the operator works. It’s a flatbed printer that takes boards up to 3.2 x 2m, slightly bigger than most of the current flatbeds. NoeCha’s marketing manager Stephanie Duvivier says the enclosure is to protect the printheads and keep the machine running at its optimum. The printheads themselves are 600dpi greyscale Kyocera heads with drop sizes ranging from 3 to 14 picolitres. The standard machine uses one head per colour

but it can be configured with up to five heads per colour. There are also four additional slots for white and spot colours. The printer can produce up to 700m2/hr. Interestingly it uses LED curing, which Duvivier says has been entirely developed in-house.

Fujifilm showed off the latest addition to its Onset family, the R40LT, developed by Inca Digital. This is an entry-level version of the R40i series that was launched at last year’s show, producing just 265m2/hr as compared with the R40i’s speed of 400m2/hr. But it’s been designed around Inca’s Onset Scaleable Architecture platform so that it can be upgraded in the field. Thus the basic model can be configured with four, five or six colours and be upgraded to a faster model with up to eight colours. Otherwise it’s a standard Onset with a full width print array and a 3.14 x 1.6m bed.

Inca also had a hand in developing a new roll-to-roll option for the Screen W3200UV. It’s a sensible addition as it means you can leave the printer running overnight, though Martijn van den Broek, Screen’s European product manager, points out that the printer can get through a full roll in under two hours. The roll-feeder can handle rolls up to 3.2m wide and can keep up with the printer’s maximum speed of 150m2/hr. It attaches to the front and back of the W3200, with the media stretched across the bed.

Several other vendors also showed off large roll-fed UV printers. Thus Inktec unveiled its RX5000, a 5m roll-fed printer that uses Konica Minolta’s 1024 printheads with a fixed 14 picolitre drop size. The standard configuration uses CMYK but there’s an option to add light cyan, light magenta, light yellow and light black. It can produce up to 255m2/hr. Ben Woodruff, Inktec’s UK sales manger, says that the inks are extremely stretchable and could be used for vehicle wrapping.

EFI also had a new model, the HSr, which is essentially a development of the hybrid HS100 Pro. Scott Schinlever, the general manager of EFI’s Inkjet solutions, says: “We have configured it so that it’s focused more on roll to roll.” As a result it can produce up to 297m2/hr. There’s also a new orange and violet inkset for the HS100 Pro. In addition, EFI has now added its Ultradrop greyscale printing to its GS series with a GS5500, with a 7 picolitre drop size, and GS5250, which has a 12 picolitre drop size.

EFI has added an option for its SuperDrop UV ink, which is suitable for thermoforming, to the H1625 LED printer. Several vendors, including SwissQprint and Fujifilm have also developed stretchable UV inks that could be used for thermoforming, mainly to reach further into industrial applications.

Fespa 2015 saw the textiles side of wide-format printing continuing its onward march. This is still a difficult market trend to call because it’s still dominated by garments and home furnishings, with very little opening for traditional graphics companies to get involved there. Nonetheless, Mimaki, Epson and Mutoh all showed off new, fast and reasonably affordable dye-sublimation printers. Thus Mutoh showed the ValueJet 1938WX, capable of both printing direct to textiles and to transfer media. Essentially, it’s a wider version of the 1638WX that was shown at last year’s Fespa show. It’s mainly targeted at the home furnishings market as well as garments and soft signage.

Meanwhile, Mimaki launched the TS300P, a 1.8m wide printer capable of producing up to 115m2/hr.

Epson’s latest is the SureColor F9200, which features a new HDK black ink. This is said to be a high density ink that can cut overall ink consumption. The F9200 printer can print at up to 97m2/hr and is available from October.

A surprising twist has been the sudden reappearance of the Job Definition Format – JDF -used to connect different systems together. Apart from the new HP latex printers, both Onyx and Caldera have also developed JDF connectors for their Rips.

Fujifilm has officially partnered with Caldera for its Nexio connector. It’s a sensible arrangement as Fujifilm built its XMF workflow from the ground up to use JDF information natively and Nexio is designed to connect Caldera Rips to other systems via JDF. Thus Fujifilm demonstrated Caldera’s C4 Dynabytes server, which John Davies, Fujifilm’s marketing manager, says is essentially based on a games server, using its graphics card to accelerate processing, adding: “You can only push a regular system so far before you need hardware to make things go quicker.”

Fujifilm also demonstrated its XMF Producer, which offers some of the features that you would expect from a workflow, but without the ability to actually drive any printers. Davies explains: “It has taken the job management, the preflighting and the imposition and can hand off a print-ready PDF that you can hand off to a Rip.” It will work with any third party Rip but the Caldera partnership does mean that all the job settings can be automatically sent via JDF from XMF Producer direct to any Caldera Rip. For now, Fujifilm is mainly aiming the system at those customers using its Onset and Acuity flatbed printers.

Several vendors have tried to sell workflow systems but found that users are unwilling to simply replace their existing Rips. But this development suggests that vendors are actively thinking about ways to connect existing systems together across vendors. This is a sensible development because simply building faster, more productive printers will inevitably lead to bottlenecks further up the production chain. Hopefully, we’ll see more of this trend at next year’s Fespa show. 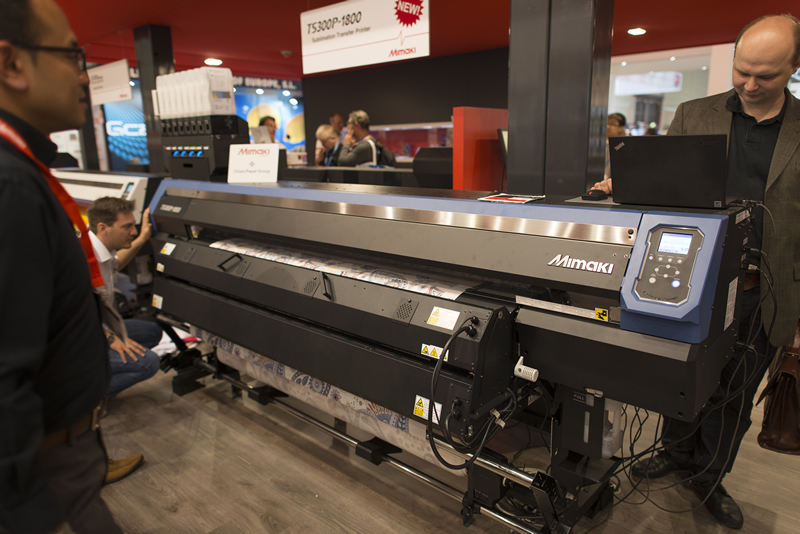 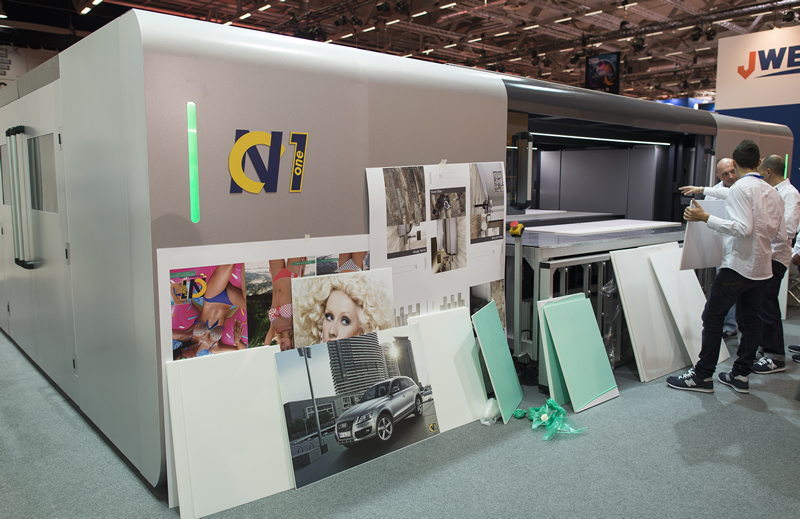 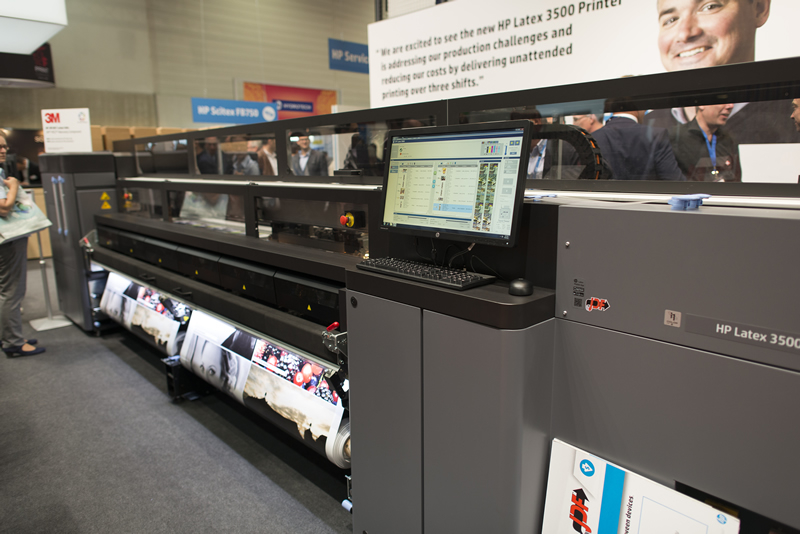