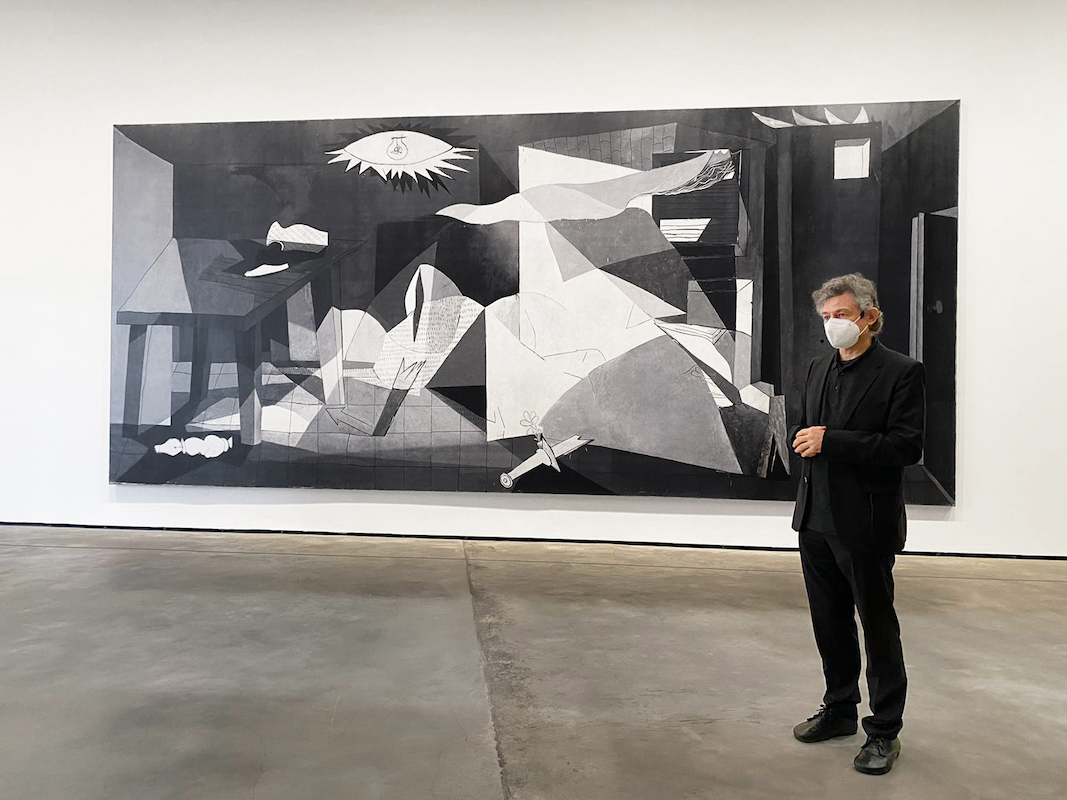 Reworked by Spanish photographer and artist José Manuel Ballester, ‘Around Guernica, 2009/2020’ is the centerpiece at the exhibition ‘2020/03/15 José Manuel Ballester’ at the Guggenheim Museum Bilbao, showing the city during the lockdown. The exhibition, which also includes a selection of large-format photographs that reflect Bilbao’s deserted streets and spaces, is open until 21 February 2021.

With ‘Around Guernica’, Ballester adds a new artwork to a project that began more than 10 years ago, when he decided to investigate the architectural and natural spaces that surround the stories of some of the most important works in history. During lockdown last spring, he was given permission to move around the deserted city of Bilbao and capture images that were the first step of a project in collaboration with Estudios Durero and the Guggenheim Museum Bilbao. This culminated in a photographic exhibition, publication of a book, and the first reproduction and exhibition of ‘Around Guernica’ to the public.

The Guggenheim Museum Bilbao approached long-standing Durst user Estudios Durero, a company that “imagines, creates and develops new forms of graphic production”, to print the reworked Picasso on a hand-woven linen material with white coating supplied by the museum especially for the 3.5 x 7.8m assignment.

Estudios Durero and Ballester spent a day at Durst’s customer experience centre in Brixen, Italy, with the goal to print the Picasso Guernica interpretation on a Durst Rho 512 six-color machine - they had one chance as there was only enough material for only one print run.

“No other company could have done it. In Picasso's original work and in Ballester's reinterpretation, the painting uses a very wide range of grays and a very high resolution in all its shades, so the print quality must be exceptionally high to offer a true value to its reproduction. And that would have been impossible without the Durst Rho 512 6C,” said " owner of Estudios Durero, Ander Soriano.

Are manufacturers meeting your demands?

ET1 claims - how to handle them