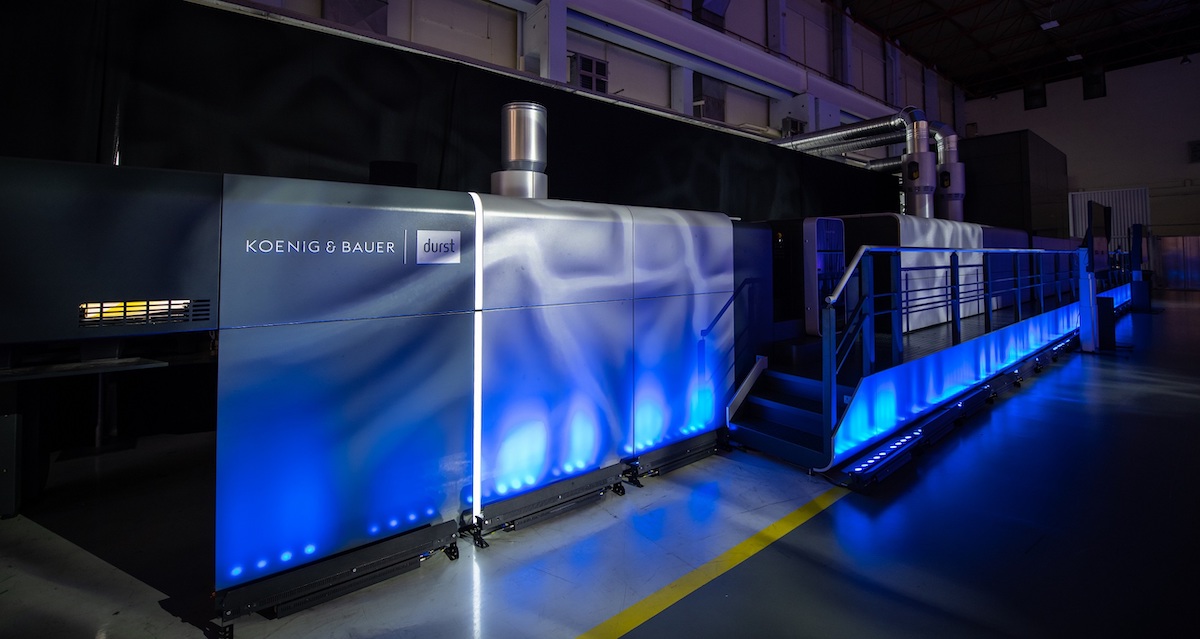 Koenig and Bauer Durst has unveiled its first product - the VariJet 106 7-colour B1 single-pass sheetfed press that combines digital inkjet and offset printing.

Live demonstrations for customers and stakeholders have been held in Radebeul, Germany, where the press has been jointly developed by Koenig and Bauer and Durst. Beta testing is due to start soon, with the first units slated for installation at customers in Europe and America in the second half of 2022.

The VariJet 106 platform is based on Koenig and Bauer’s Rapida 106 platform and Durst printhead electronics, water-based inkjet expertise, workflow and Rip technology. This includes Durst Analytics, Smartshop and Workflow.

Using water-based food compliant inkjet technology (CMYK plus orange, green and violet), the VariJet 106 is suitable for applications that meet the stringent requirements for food safe primary packaging. The press can produce individualised print products or alternate between short and medium runs.

Koenig and Bauer and Durst first announced they had joined forces and set up an independent joint venture company in 2019. The VariJet 106 is the first product jointly and developed by the two companies. Already in production and part of the Koenig & Bauer Durst portfolio are the Delta SPC 130 Series and the CorruJet 170 Series - aimed at corrugated packaging.