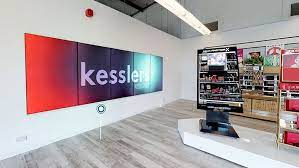 Kesslers International has been bought out of administration by Manchester-based GB Signs Solutions, part of the PFI Group.

Joint administrators Michael Lennon and Philip Dakin, both of Kroll, were appointed to the Hexcite Group POP specialist on 17 December and made 125 redundancies through restructuring with hopes of selling the £20m+ turnover business as a going concern. The sale to GB Sign Solutions was completed at the end of last week.

Lennon said: "We are absolutely delighted that we have been able to secure the future of the UK’s oldest supplier to the point-of-purchase sector. As a result of the sale, the business and assets of the company will transfer to the new owners. Employees will also be transferred under TUPE regulations.

East London based Kesslers was formed in 1888 and was part of the Hexcite Group created by Elaghmore in 2019.  Poor performance in the retail space, where it had some of its biggest customers, was blamed for its troubles. At the time it went into administration Elaghmore founding partner Andy Ducker said the business “had faced unprecedented challenges over the last two years, leading to substantial losses. While there has been some pickup in demand from retailers, it remains highly volatile. Coupled with significant increases in the cost of raw materials and the rent on its manufacturing facility in East London, we have reluctantly concluded the business is no longer viable.”