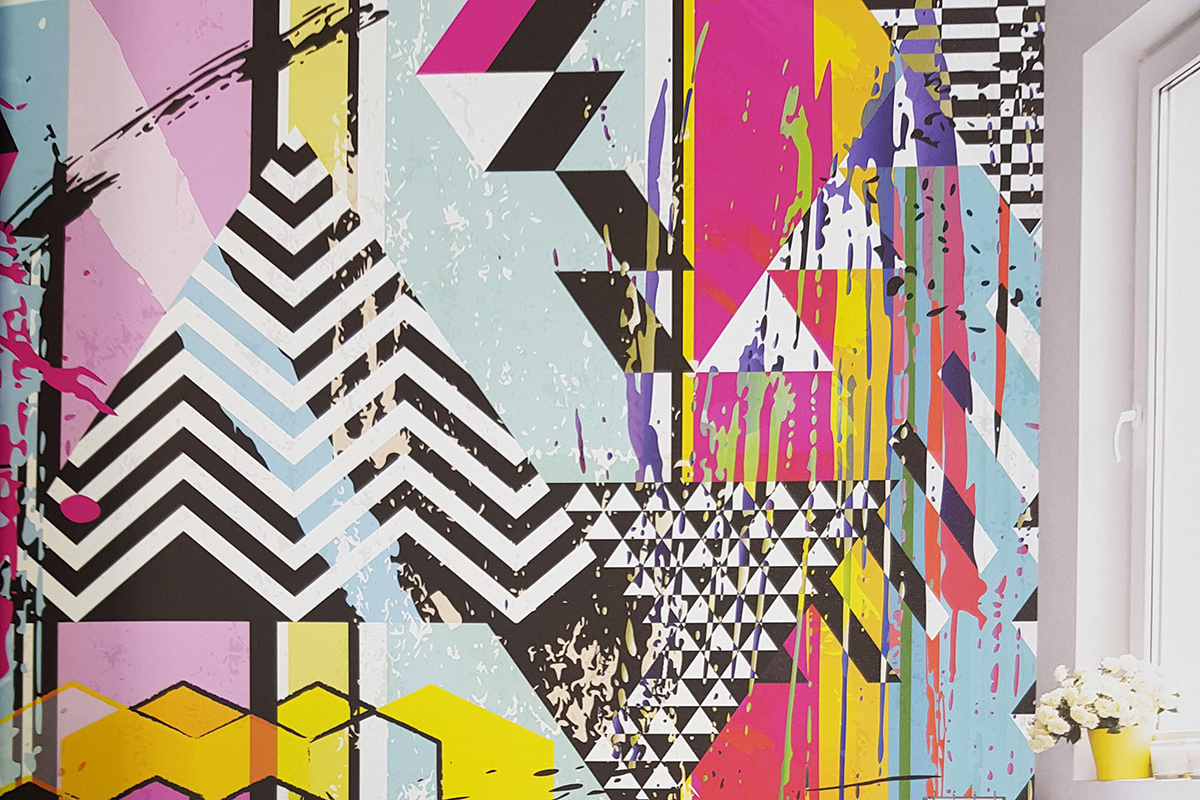 Has PVC had its day when it comes to wallcoverings?

You’ll get all the detail from the Widthwise 2019 survey when the report comes out with the next issue of Image Reports, but given it’s showtime and the buzz around the digital print opportunities within interiors gets louder by the day, it seems only fair to point out that when it comes to bespoke printed wallcoverings - one of the hottest topics around - of the 247 UK/Ireland PSPs that took part in our poll, fewer than one in five are so far involved. Of the rest, under 5% said it is an area they’ll be moving into over the next couple of years. Why is that? Could it have anything to do with environmental credentials - or at least the creatives’ perception of them?

Let’s be honest, PVC based wallcoverings are not great when it comes to being green. And the digitally printed output doesn’t always smell that great either - a problem for an “interior design world very aware of the need to turn to cleaner products”. So says Mark Lambert, director at Colourgen, the UK authorised distributor for the Lithuanian-made Dimense wallpaper printer/embosser from Veika.

Launched at the last Drupa and available in the UK via Colourgen since September 2018, this novel machine print at speeds of up to 20m2/hr (CMYK) with a print width of 1.6m. At the time of its unveiling there was talk of a faster unit printing at up to 100m2/hr - the Dimense Model M - being introduced in 2019, and of a Model L one pass machine coming out in 2020. At the time of writing this article, the first UK installation of the initial machine is still to take place, quite surprising when you consider its ability to satiate the environmental appetites of the wallpaper market.

Veika’s lead product is actually Ecodeco - an odour and migration-free material designed for hot-embossed wallpaper production. Perhaps you do not need telling that migration from a wallpaper is the transfer of chemical components from the medium to the contacting objects or the indoor air. The effect occurs in current mainstream PVC wallpapers that contain up to 40% liquid content. Ecodeco contains no liquid components, making it a migration-free - and odour-free - material.

The company’s Dimense machine - designed specifically for the production of ‘structured’ or raised wallpaper - both prints and embosses simultaneously, and it uses a modified version of the Ecodeco wallpaper which allows it to be digitally printed using latex-based inks.

“Like Ecodeco, Dimense media is PVC-free, plasticiser-free and phthalate-free, meaning it is odourless and can be recycled after use, yet it has all the attributes of traditional PVC-based digital wallpaper in that is it scratch-resistant, washable and has a C1 fire-rating,” explains Vaiva Kubilaite, Veika’s regional manager for western Europe.

That’s great - for the environment, and wallcovering producers. So what’s the snag? Cost, as is the case with so many environmentally-friendly offerings? Lambert says not.

“The average cost per square metre, including ink and media, using the Dimense solution is no higher than PVC options, and certainly a lot lower than hot-embossing. It’s an attractive proposition which was reflected in the interest we had when we exhibited at 100% Design towards the end of last year,” says Lambert.

It’s also early days for Dimense and its associated eco-friendly wallcovering, but is Veika on to something as interior designers eschew PVC-based media?