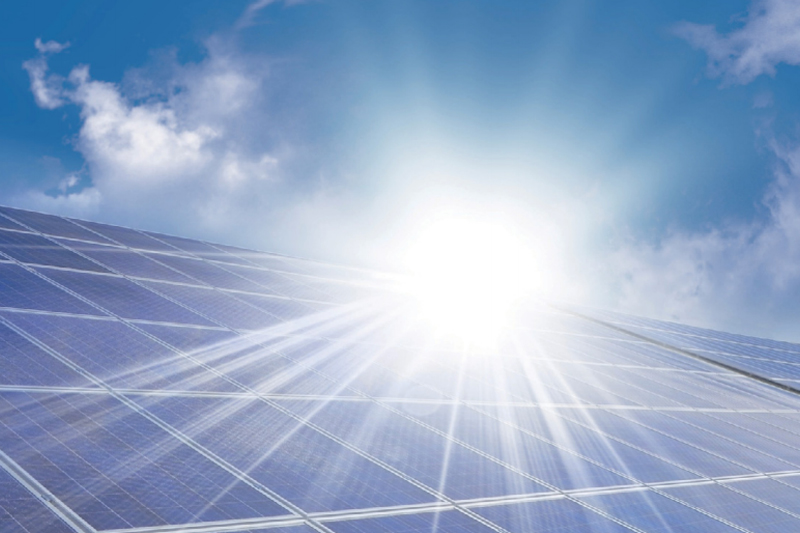 Isn’t it blindingly obvious that more businesses should be putting solar panels on their roof? Walter Hale looks into the solar power debate.

As the grey December skies blanket Britain, the idea of using solar energy to reduce your company’s energy bills may seem quixotic, if not downright ridiculous. And yet Met Office figures show that annual hours of sunshine in British cities are substantial enough to generate power. London enjoys 1,410 hours a year, compared to 1,364 for Birmingham, 1,416 for Manchester, 1,564 for Dundee and 1,747 for Exeter. Yet Germany is no sun trap - the comparative figures for its major cities are 1,625 (Berlin), 1,504 (Cologne) and 1,709 (Munich) - and it is one of the world’s solar superpowers, with almost a third of the world’s installed capacity.

There’s nothing new about solar power. Ancient Egyptians, Romans, Greeks and Native Americans all created communities that made the most efficient use of the sun’s energy. They built their homes facing south, the same direction in which solar panels point today. We have known how to turn the sun’s light into electrical energy since the 19th century but the technology has only became commercially viable in the past decade.

Sadly, in the UK, businesses have barely begun to tap into its potential. The Solar Trade Association estimates that 670,000 British homes are powered by solar - a level that increases by 150,000 a year - but the installed base in business, schools, community groups and farms only stands at a few thousand.

Why is this? As so often in Britain, it’s easy to blame the weather. Solar and wind power suffer from one big flaw: they don’t generate power if the sun isn’t shining and the wind isn’t blowing. Yet companies are developing batteries that can store the power generated when the weather is right.

Car maker Tesla is investing billions in this technology. On a completely different scale, batteries are already being used on British farms to keep solar power until it is required. For example, a farm near Hartwell in Buckinghamshire has a battery that costs around £825,000 but could generate £200,000 a year in revenue as the farm uses it when electricity grid prices are high and looks to become a standby source of power to compensate for unexpected drops in supply from the grid. The £825,000 price tag may sound steep but experts are confident that real, industrial-size battery storage will come to the UK quickly. And, as solar energy companies realise this technology is integral to their expansion plans, the price of these batteries is bound to fall.

The government also seems unconvinced by the economics of solar power. As Jeremy Leggett, the founder of Solarcentury and Solar Aids, put it in ‘The Guardian’: “When it comes to building a national solar industry, the UK is very much in the ‘jury out’ category at the moment. This is partly because of an internal battle of ideas between solar believers and those who envision the UK as a ‘gas hub’ on the road to which solar is a distraction that might deter investment in fracking.”

Yet there are three reasons why using commercial rooftops for solar could be very helpful. First, there are a lot of them - there is so much vacant, functionless roofspace on warehouses and factories that it’s hard to quantify. Yet the UK government estimates that 250,000 hectares of this space faces south. Second, the government knows that commercial use of solar would help it meet environmental targets. And then there is the fact that the companies concerned can make a lot of money by solarising their roofspace.

How much money? Energy is one of the most significant, and rising, costs for many wide-format print service providers. Nationwide Print, in St Austell, Cornwall, which has recently invested in an Epson P8000 large-format printer, now produces more energy than it uses, after investing in solar panels, energy-efficient lighting and external wall insulation. The company has 50kW of solar panels, including 20kW installed in 2015, which save it around 13 tonnes of carbon dioxide a year - enough to supply four houses with electricity for a year. Nationwide says it has already paid off its investment in solar energy. Natural fluctuations in demand mean that sometimes it has to draw on energy from the grid but sometimes it sells energy back.

One of the next steps - as the company seeks to become carbon neutral - is to explore solar storage systems, which it is very keen to invest in. Nationwide’s quest is appreciated by its clients: St Austell Brewery, The Eden Project and Fifteen Cornwall all factor the environment into their ethical procurement policies.

Nationwide is not alone. Elephant Print and Display, a digital printer based in East Sussex, installed 600 solar panels last Christmas to power its operation, saving 64,350kg in CO2 emissions, equivalent to powering 500,000 light bulbs for a day. The panels have been installed in a field behind Elephant’s premises and still allow for smaller livestock to graze and take shelter under them. Managing director Jason Gadd told Image Reports: “It’s very exciting to think that our presses are now powered by solar energy. It will not only reduce our reliance on the grid but make a huge difference to our energy bills.”

This is not to say that solar power is utterly green. The manufacture of the photovoltaic cells which generate electricity has been linked to a trail of chemical pollution. The shift of manufacture from Europe, Japan and the US to China, Malaysia, Philippines and Taiwan means that the countries that produce most of these cells - half of them are made in China - often do the worst job of protecting the environment, let alone their workers.

Some suppliers to solar panel makers have thrown away silicon tetrachloride, the toxic by-product of the process that produces polysilicon, while some of the chemicals used to turn polysilicon into photovoltaic cells are hazardous - and have been leaked. There are also concerns about the amount of energy and water used to manufacture solar panels.

The good news is that eco-friendly alternatives are being tested that would get rid of silicon tetrachloride and the hydrofluoric acid used to make pholtovaic cells. At the same time, environmental ratings for the solar industry have started to emerge, which will encourage the industry to clean up its act.

The term ‘global warming’ might seem to imply that that Britain would get sunnier and, consequently, able to make more use of solar power. That is only partially true: the Met Office is predicting that climate change will give the UK long wet winters and hotter, drier summers.

Yet if anything, the economic argument for solar power is likely to become even more compelling as industry’s energy costs rise. A back of an envelope calculation makes the point. A typical 180m2 solar PV installation would produce around 30,000 kWh of energy a year. Now, it’s hard to get a fix on the price of electricity, but let’s take the Energy Saving Trust’s 13.86p a kWh as a yardstick. On that basis, this installation would save around £4,158 a year, or just under £350 a month. It gets better: generating energy with solar panels on site avoids the transmission loss associated with the distribution of energy over long distances - and that could be equivalent to saving 110 tonnes of C02 emissions a year.

Of course, you still have to stump up the money to buy the technology. Government incentives aren’t as widely available as they were, but there are other ways of financing the investment. For example, you can have a solar roof installed at no cost and buy the energy generated for less than you would pay a regular supplier. You may also be able to offset up to £100,000 against tax through your annual investment allowance.

Solar is not the only renewable energy option. And you may prefer to mix and match it with wind power as some American printers have already done. Yet what is clear is that energy costs are not going to plummet anytime soon and, despite Donald Trump’s election, big global corporations are not going to say “sustainability, schmustainability” and go back to their bad old polluting ways.

With a shrewd investment, print service providers can, to use a slogan much in use earlier this year, “take back control” of part of their cost base. That seems to good an opportunity to miss.