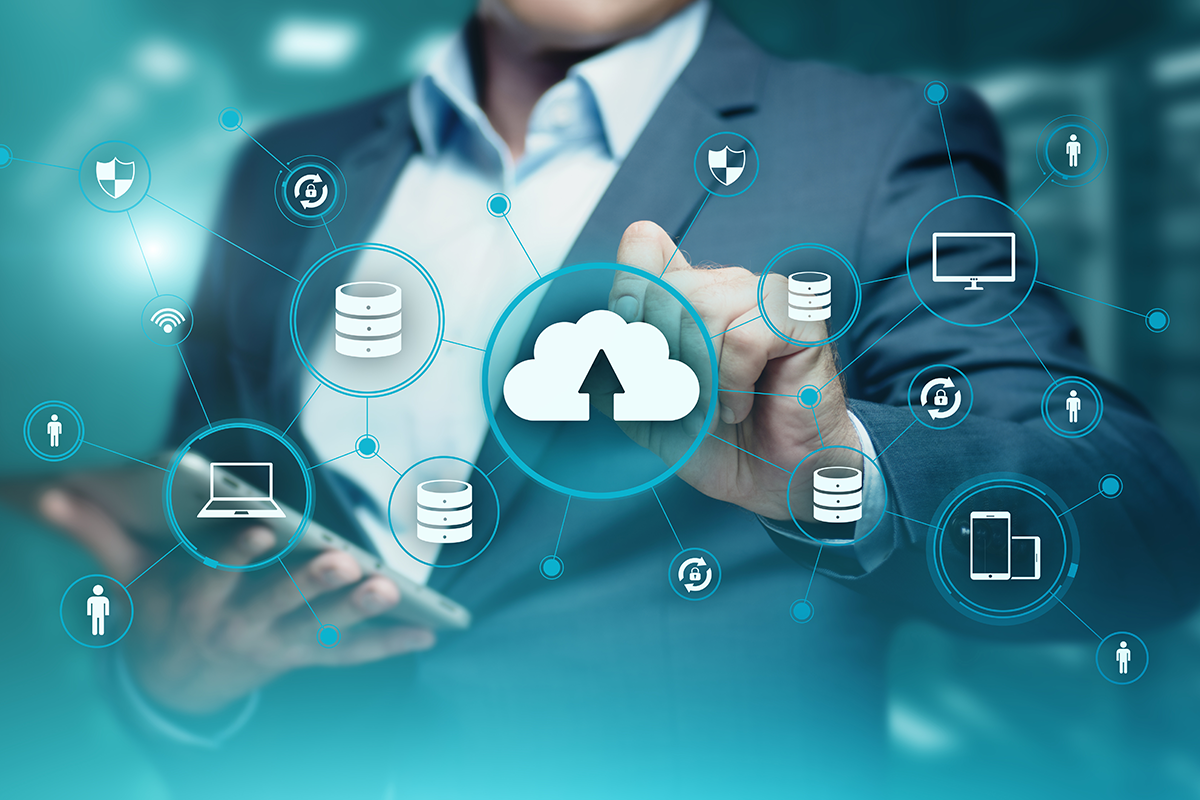 As we look towards 2019, Simon Creasy asks: what are the benefits of i4.0, what are the chances of it gaining greater traction in 2019, and what are the other key technology trends to look out for over the next 12 months?

What do you know about ‘industry 4.0’, or i4.0 as it’s become known? Some argue it’s not relevant to large-format PSPs today. Image Reports’ own Widthwise survey - conducted amongst 151 of the UK and Ireland’s large-format PSPs at the start of 2018 - found that only five respondents had invested in i4.0 technology over the last 12 months. Furthermore, none of the company’s questioned said they intended to invest in i4.0 technology in 2018. But is there a danger they’re missing a trick? Are you? Plenty of industry experts believe that the UK print sector needs to wholeheartedly embrace i4.0 now if it wants to remain competitive in the future.

So what are the benefits of i4.0, what are the chances of it gaining greater traction in 2019, and what are the other key technology trends to look out for over the next 12 months?

There is little doubt that when it comes to i4.0 the print industry lags behind some other industry sectors. However, measures are being taken to push it further up the agenda, according to Phil McMullin, sales manager, prographics at Epson (UK), who this autumn was at the Fespa UK conference ‘The Future of Print i4.0’ at the Manufacturing Technology Centre in Coventry.

“The main message is they’re trying to get UK industry competing competitively with the rest of the world particularly with the ‘B’ [Brexit] word flying around,” says McMullin. “Their brief from government is to make sure industry 4.0 is being actively discussed and progressed right across the industry.”

This awareness exercise is desperately needed as Steve Wilson, director of R&D at Inca Digital, says that in Europe, and particularly in Germany, the print industry is much more advanced when it comes to understanding and embracing the concept of i4.0.

“The simple reason for that is the EU gives out money to help support capital equipment purchases that contain industry 4.0 functionality so they are more familiar with it,” says Wilson. “When we sell into Europe we have to supply information about i4.0 capability to customers, but in the UK the grants aren’t there so I guess people aren’t that interested in it.”

But we need to get interested, and quickly, argues McMullin: “It [i4.0] will come at some point, but what nobody really knows is how quickly. It’s a good thing for everybody to start a dialogue and the thought process about it now so that we don’t get caught out and left behind, because at some point the danger is European organisations, or organisations from other parts of the world, could potentially start muscling in on our territory as the world gets more and more connected. If we’re not there that could be dangerous.”

So as a PSP, do you need to wise-up on i4.0? Well, the benefits are manifold, as Wilson points out. “I4.0 essentially brings the advantages of intelligent connectivity to industrial equipment,” he explains. “One example would be planning activities. Traditionally everyone used an MRP system. A lot of our customers still use pieces of paper, or they might have a log in to their MRP on the machine, but often there is no direct connection so they have to look on the MRP to look at what they’re supposed to be doing next and then tell the machine what the MRP tells them. In theory you can short circuit that so the MRP tells the machine what it’s doing next and the machine tells the operator. All the connectors and tools are there - the main barrier to doing that is getting cooperation from the MRP providers.”

Under i4.0 this sort of ‘intelligent connectivity’ will become much more commonplace, but to date we have only just scratched the surface of what’s possible in the print industry, agrees Paul Cripps, vice president Europe sales at EFI.

“Digital technology is leading print’s entry into the fourth industrial revolution, giving us artificial intelligence, cloud computing, augmented reality, 3D printing, robotics, interconnectivity, remote management and manufacturing and hands-off just about everything,” says Cripps. “And some of these technologies are relevant and critical for today’s print providers and might be so more in the future.”

He points out that technology like cloud computing enables PSPs to access apps and data “from anywhere and anytime and collaborate with clients and staff easily and efficiently,” whereas virtual reality can aid manufacturing processes and enable real-time, remote equipment maintenance. “As the market gets more competitive and meeting consumer needs gets more challenging, it is important for print providers to keep up to date with these innovations,” argues Cripps.

Wayne Barlow, head of the graphics and communications business groups at Canon UK, is of a similar mind. “Industry 4.0 is driving demand for increased productivity and lower costs, as well as fully automated and integrated processes, so PSPs must evolve and adapt to keep services relevant and sustainable.

“PSPs are currently adapting to customer requirements for print-on-demand, shorter print runs, mass personalisation, and environmentally-friendly printing practises, but these are only the latest in a continuous stream of emerging trends. They need to be ready to embrace ongoing developments in the sector, from new materials and improvements in print heads, to integration with innovative software to enable maximum efficiency.”

One rapidly developing area you may find yourself needing to get your head around, sooner rather than later, is robotics.

“Mimaki has started to incorporate the computerisation of manufacturing, with halo products such as the robotic arm designed to feed printable items onto one of its flatbed machines featured at an exhibition earlier in the year,” points out Brett Newman, chief operations manager at Hybrid Services, distributor of Mimaki equipment in the UK and Ireland.

Epson is also investing heavily in R&D to look at the role robotics could play in the industry. “And we’re not just talking about having a robot arm feeding your machine,” says McMullin. “We’re talking about connecting it to your network, using big data to analyse production and streamline it and then interfacing that with your client requirements so you work out what your clients really want and which bits are more profitable for you. It’s that whole connection piece and how can you improve the process flow in your business is a big starting point. This is a multi-phased process and a long process, but as with all these things you have to start somewhere.”

Many of the innovations being developed around robotics by the likes of Mimaki and Epson are for the longer term, but in the short to medium term there is plenty for you to your teeth into over the coming months. For starters, McMullin says that Epson has a number of things in the pipeline that will hit the market in 2019.

“In the last five years we’ve moved into signage and display, textile printing and labels, so if you look at our portfolio across those areas in some areas we don’t have a full range of products,” he explains. “So what we’re going to be looking to do is fill that range in, but mostly with a focus more on higher production capacity equipment.”

“This trend will drive the development of large-format inkjet printers that can deliver speed and productivity, as well as the quality necessary to produce CAD and GIS drawings, while minimising noise and space required to suit smaller, office environments,” he explains.

“Technologies behind the development of these printers will include improved printhead scanning - reducing the number of passes the head needs to make without compromising quality - and hot swap ink tanks that allow inks to be replaced during printing for continuous production. Developments in ink quality will also be required, to allow a business to print on a variety of media, including water resistant materials for outdoor use and inexpensive uncoated plain paper to enable economical document production.”

Barlow adds that a key recent move for the company has been the consolidation and expansion of global flatbed printer manufacturing at its facility near Munich. The enhanced production line at the site is now fully operational, which means Canon is capable of increasing flatbed production of Océ Arizona printers by more than 30%. The move also brings manufacturing closer to Canon’s inkjet R&D teams in Venlo where its prototyping laboratories and testing facilities are being upgraded.

“Closer collaboration between these two facilities will cultivate new ideas and accelerate innovation over the coming year and benefit customers in the graphic arts and industrial printing markets,” says Barlow. “This innovation will be focussed on Canon’s core aims of delivering improved productivity, quality, media versatility and total cost of ownership for our customers, and enhancing end-to-end process automation.”

For Mimaki, the big R&D focus point at the moment is developing innovative new inks, according to Newman.

“The recent addition of silver and clear inks to some of the UV range bears testimony to this, providing creative and revenue generating opportunities for print providers as they put their existing Mimaki equipment to ever more effective use,” he says.

As for EFI, Cripps promises new developments in a number of different areas. “For one, there will be continued growing impacts that come with advanced LED inkjet capabilities,” he says. “Ever since EFI introduced a platform capable of doing LED inkjet at production-level speeds, it has changed the way customers have been able to approach the market, opening up new and different applications while making the process much more energy efficient.”

Single pass will also continue to be a big factor in the company’s ongoing technology development in 2019 and beyond. “EFI has had an impact in the corrugated space with our single-pass Nozomi C18000 ultra-high-speed LED inkjet press,” says Cripps. “Our next innovation for single pass will be in textile, with a new EFI Reggiani BOLT technology that will be first introduced late this year.”

The company also intends to introduce innovative new equipment to its industrial markets, with Cubik single pass technology for the wood and building materials markets, and the fifth-generation EFI Cretaprint printers for the ceramic tile market.

“You’ll see continued innovation in print production capabilities there and, across all our inkjet technologies,” says Cripps. “You’ll also see in the future, integrated ecosystems that drive our customers’ businesses forward not just from a printer standpoint, but with a focused, integrated ecosystem that boosts and automated the entire business and production workflow around the digital production operation, whether it is for roll-to-roll and rigid signage and display work, apparel and décor, packaging or other markets.”

In short, 2019 looks like being a busy year in terms of innovative new product launches in the large-format sector, which could make it hard for PSPs to keep on top of where to invest to deliver the best ROI. It presents a challenge, but at the same time there are also opportunities for PSPs to adapt and capitalise on the changing marketplace, believes Canon’s Barlow.